The supplier recommends The recommendations of the week are the enchantment of bookstores in New York, an interesting artist biography and an incredible documentary about art fakes 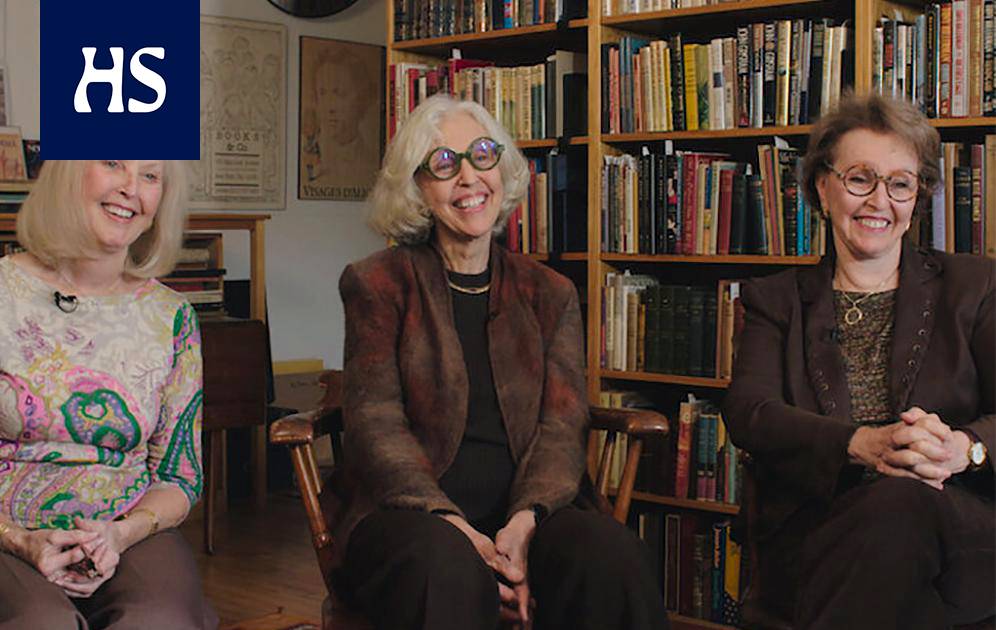 In the 1960s, Finland was experiencing a period of boom in bookstores, at least in numbers: there were almost 800 of them. Today, there are about 160 bookstores. Kato has visited and continues elsewhere, but there are also hard-working people everywhere who do not give up.

Completed in 2019, the charming documentary takes you on a literary journey to New York, where you will meet a group of bibliophiles who are passionate about their cause. For starters, the camera transports you to the world’s largest antique fair and invites you to reflect on the soul lives of collectors. Lean jazz sounds as sympathetic book characters tell of their backgrounds and discoveries.

According to the documentary, there were 368 bookstores in New York in the 1950s. Now there are 79 of them. The ladies posing in the picture above continue their father Louis Cohenin the Argosy bookstore, founded in 1925. They are in an exceptionally happy position because they own a property where the business is already in its third generation. The family has said to all the countless buying companies at least so far no thanks.

The narration is spiced with its guaranteed sharply sarcastic style by the author Fran Lebowitz. He has been knocking out bookstores in his hometown for decades, and experienced what the chains ’entry into the market has meant.

His career was interrupted

Artist Elin Danielson-Gambogin (1861–1919) his career was severely interrupted when he died of pneumonia in Antignano, Italy on the last day of 1919. The end of life was also overshadowed by the spouse’s illness and financial worries.

An art historian Salla Leponiemi has access to Danielson-Gambog’s extensive archive, which paints a strong picture of the life of a talented and fiery-devoted author who has received too little attention. Leponiemi explains addictively why an artist who rose to the forefront of Finnish artists and on the eve of an international breakthrough was forgotten for decades. We will be able to follow the bohemian life in the Önningeby artist colony in Åland, among other places.

It can be said that fate was not on the side of Elin Danielson-Gambog. What would have happened if the art patron Gösta Stenman would have traveled to Italy instead of Hyvinkää and directed his efforts to promote Danielson-Gambog’s career, Helene Schjerfbeckin instead, or alongside him?

In the footsteps of a counterfeiter

For ten years in the early 2000s, the traditional Knoedler Gallery in New York, founded in 1846, went particularly hard. Distinguished gallerist Ann Freedman had gained new contact, through which works of the top names in modern art came into sale Jackson from Pollock and Mark Rothko from.

Glafira Rosales was sentenced and was no longer involved in the art. The other participants slipped abroad.­

They were supplied elsewhere Glafira Rosales, and Freedman trusted the authenticity of the works after verifying his back with the best experts. There were no waterproof provenances, or information about the history of ownership of the works, and records of ownership also changed along the way, which would have been thought to be ringing at the head of Freedman, who had experienced alarm bells.

And the works turned out to be fakes, despite all the expert opinions. They were made on behalf of Rosales ’ex-male friend by a Chinese artist – a remarkably skilled Chinese artist – in a garage in the United States. The tangle ended up in the arms of FBI forensic investigators, and the incredible story became part of a long history of art fakes.

The viewer is left to ponder psychological considerations. Did Freedman really believe Rosales, or did he just want to believe, too hard.

Made You Look: A True Story of Fake Art. Directed by Barry Avrich. Netflix.

4) Milka Hakkarainen: There is no blood loved the beach

1) Anna-Liisa Haavikko: Kaari, the life of the author Kaari Utrio

3) Heikki Ylikangas: From Gustav Vaasa and his defiant Kristin II to Nils Dacke.

Fight against undeclared work: On the move with customs

Corona grievances: Whole groups neglected? Even the top of the CDU sees problems – the Greens are making allegations