“The Super League spits in the face of those who love football,” says UEFA president 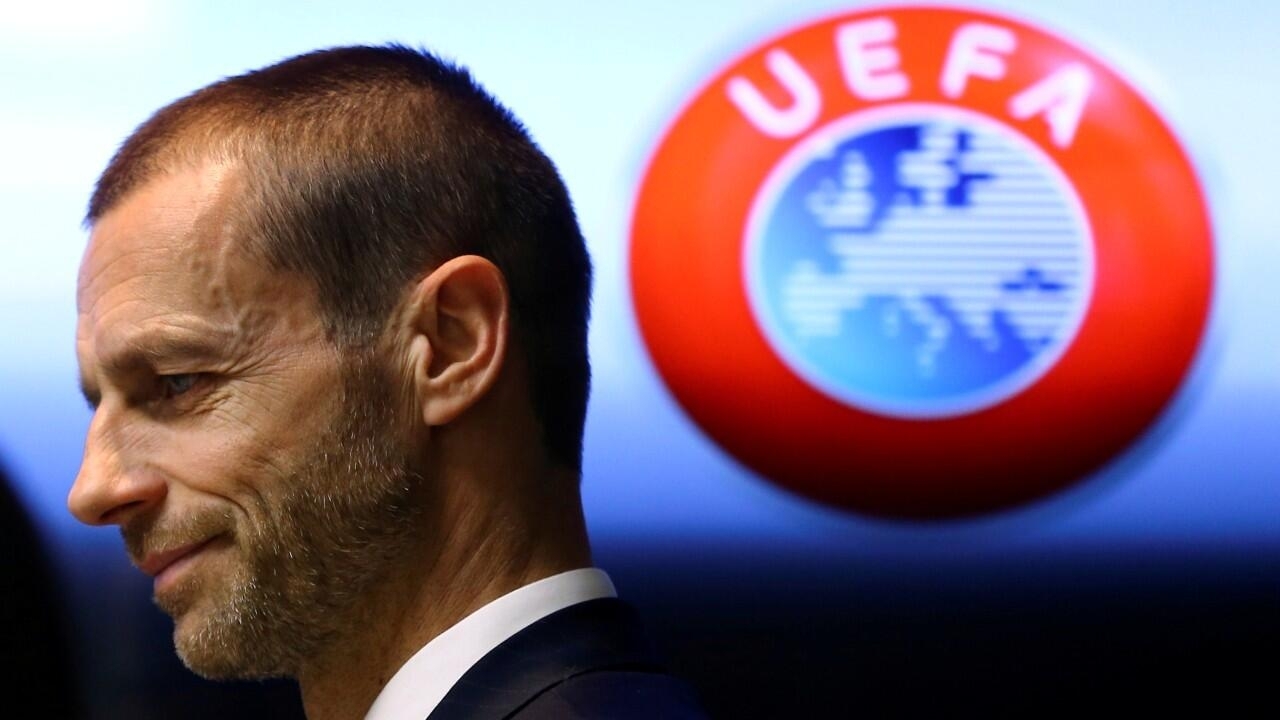 UEFA, as the governing body of European football, reacted to the intention of 12 clubs, considered the most economically powerful, to launch a competition that would be a clash with the current statutes that govern world football. The organization has the support of the fans, governments and federations that have described the initiative as “separatist.”

Sunday April 18 will be marked as the day that 12 European football clubs (Real Madrid, Barcelona, ​​Atlético, Milan, Arsenal, Chelsea, Inter, Juve, Liverpool, Manchester City, Manchester United and Tottenham) declared war on one of the most powerful football confederations in the world, UEFA.

These teams have decided to carry out an initiative that had been an open secret for years: the Super League, a tournament that due to its characteristics would involve a confrontation with the current formats of the Champions League and Europa League, competitions in which clubs from Europe participate. due to his sporting merits.


On April 19, 24 hours after the Superliga’s founding statement was revealed, Slovenian Aleksander Ceferin, president of UEFA (the governing body of football in Europe) spoke about the situation and, among other things, announced that sanctions are being considered. for clubs promoting the initiative.

“We are evaluating the situation with our legal team. It is still early because they announced it last night. We are going to impose all the sanctions that we can as soon as possible, remove them from all competitions and prohibit players from participating in our competitions,” Ceferin said.

In the same way, he warned the players about the sanctions that could fall in case of participating in the competition project.

“As announced by FIFA and the six continental confederations (UEFA, Conmebol, CAF, AFC, Concacaf and OFC) the players who participate in the closed league (Superliga) will not be able to represent their national teams, so they will not be able to play in the World Cup and the Euro ”, he added.

European governments raise their voice against the project

Ceferin described the Superliga project as “the result of greed, selfishness and narcissism of some.” Additionally, the tournament has been defined as a “closed league”, where the 12 founding clubs are guaranteed their participation (they expect to be 15 ) and others would be included for their sporting merits.

The situation, considered exclusive by some European leaders, has provoked pronouncements at the highest level.

“We must defend a European model of sport based on values, based on diversity and inclusion. There is no margin to reserve it for the few rich and powerful clubs that want to strengthen ties, ”said Margaritis Schinas, commissioner for the promotion of the European lifestyle.

(1/2) We must defend a values-driven European model of sport based on diversity and inclusion. There is no scope for reserving it for the few rich and powerful clubs who want to severe links with everything associations stand for:


Boris Johnson, Prime Minister of the United Kingdom, also spoke in this regard, describing the action as “harmful plans for football.”

In Spain, the government’s position has been different and the Minister of Culture and Sports, José Manuel Rodríguez Uribes, expressed that he wants to listen to the parties in order to reach an agreement.

“We have principles, ideas, our own criteria, but I want to listen to everyone to see what they really propose,” said the minister who added that “as a government, their intention is that the soccer league in Spain is not devalued.”

For its part, through a statement issued by the Elysee Palace, the French president’s support for the refusal of his country’s clubs to participate in the project was known. “The President of the Republic welcomes the position of French clubs to refuse to participate in a European Football Super League project, threatening the principle of solidarity and sporting merit.”

Karl-Heinz Rummenigge, CEO of Bayern Munich, spoke along the same lines, making clear the club’s position in participating in the initiative.

“FC Bayern did not participate in the planning of a Super League and welcomes the reforms of the Champions League because we believe that they are the right step for the development of European football (…) I do not believe that the Super League will solve the problems financial costs of European clubs caused by the coronavirus. Rather, all clubs in Europe should work in solidarity to ensure that the cost structure, in particular player salaries and agent fees, is in line with income to make European football more rational, ”the club reported.

Ceferin, who thanked the support of the European leaders and a part of the fans who have been against the initiative, does not rule out that there may be a reasonable solution and gave a new welcome to the clubs that desist from the project.

According to Ceferin, the idea of ​​”the Super League had been hatching for years.” In addition, media such as ‘El Correo de España’ point out that the initiative seeks to improve the economic income of the clubs under a format similar to that of the NBA.

The intention of the 12 founders is to have the participation of 20 clubs, 12 that are guaranteed their presence, three that aspire to later join as founders and another five that would be included for sporting merits.

There is already an example of a similar rebellion on the continent, the Euroleague basketball, which began in 2000 and involved a confrontation of the main European clubs in the discipline against the International Basketball Federation.

On the other hand, and according to the publication ‘El Correo de España’, Ceferin’s threats could be diluted because it would be putting its own competitions (Champions, Europa League and Eurocopa) at risk that result in sources of income.

A few hours after the creation of the Super League was announced, publicly traded European clubs saw the value of their shares grow. Manchester United, listed on the New York Stock Exchange, around noon on April 19, had seen a 9.84% growth in share value. For its part, Juventus, a club listed on the Milan Stock Exchange, saw a 17.85% increase in the value of its shares.

For now, UEFA has announced changes to the Champions League format starting in the 2024 season, which, among other things, involves expanding the number of teams to 36 participants.

“Lampedusa does not exist for Europe, we are just a slogan”