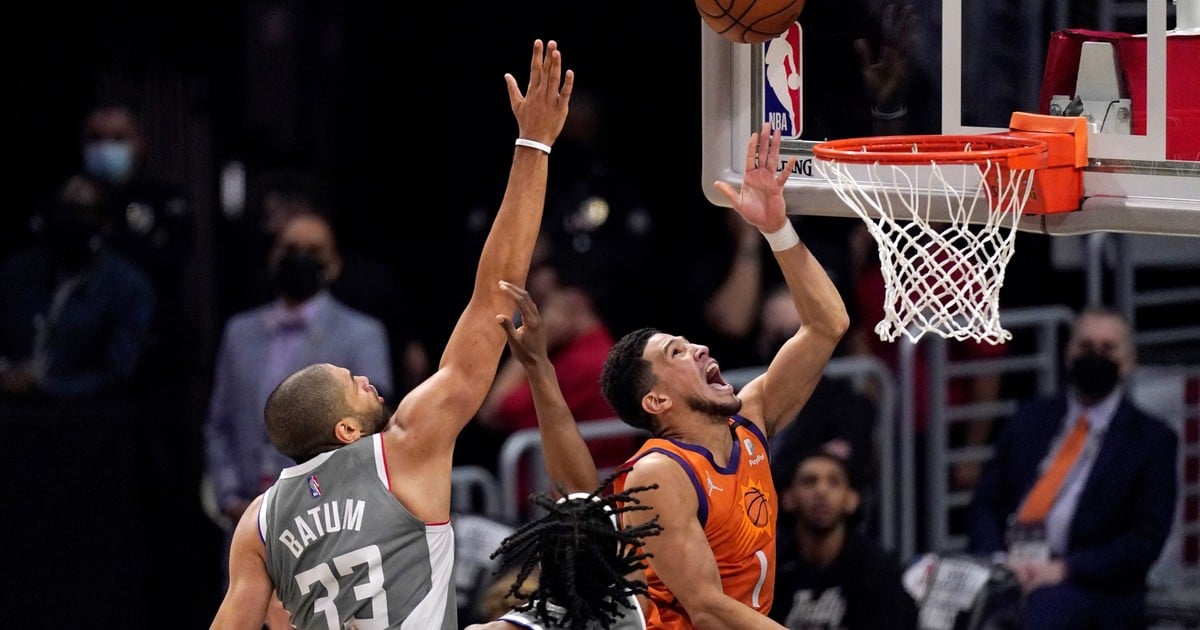 Thanks to veteran Chris Paul, the Phoenix Suns defeated this Saturday, in tight form, 84-80 Los Angeles Clippers on their court and were one step away from the final by going 3-1 in this final of the NBA Western Conference.

The Suns need just one win more to qualify for their first NBA Finals since 1993, when they lost to Michael Jordan’s Chicago Bulls.

In a game full of tension, nerves and inaccuracies, the Clippers were just one point behind (79-78) with 13.2 seconds to go, but Chris Paul sentenced his old team from the free throw line.

DeAndre Ayton He was the great figure of the Suns by adding 19 points, 22 rebounds and four blocks, while in the Clippers, Paul George, scored 23 points with a statistic of 5/20.

The escort Devin Booker scored 25 points and Chris paul, picking up his pace after his coronavirus quarantine, he added another 18 points and 7 assists to get the Suns back on track after Thursday’s loss.

“Winning a game in front of this crowd was a show of character from our guys … DeAndre was the catalyst tonight,” said coach Monty Williams.

Phoenix will have the first opportunity to qualify for the NBA Finals, where he would face the Hawks or the Bucks, if on Monday on their court they add a new victory against the Clippers who continue to pay the absence due to injury in this series of their star, Kawhi Leonard.

The Suns, who saw a streak of nine wins in a row, they imposed a stronger rhythm at the beginning of the game, which led to a first set in their favor of 12-2.

Coach Monty Williams made offensive adjustments to make it easier for Booker to shake off his fierce defender, Patrick Beverley.

With the support and pressure of the Staples Center, the Clippers were trying to compensate for their offensive inefficiency with advantages in the psychological battle.

Paul george he had several run-ins with young Booker, who had to wear a protective mask again after the heavy blow to the nose in the second game.

But this time the defensive intensity was not enough given the lack of aim of the Clippers starters, who just hit a triple of 10 attempts in the first quarter.

The day confirmed that Deandre Ayton, who was questioned as number one in the Draft of Luka Doncic and Trae Young, is establishing himself in these playoffs as one of the tall men with the most future in the league.

Beyond his contribution on offense, his presence on defense was decisive in preventing the Angelenos from finding any kind of clear view of the rim in the paint.

Booker returned from the locker room without the mask and the Suns had their lead reduced in a third quarter in which the Clippers gritted their teeth to hold on to the tie.

Point guard Reggie Jackson appeared as Paul George’s offensive partner and the Angelenos were just one point away (66-65) at the gates of the final quarter.

Booker saw his fourth foul and a technique early in the fourth for a shove off Paul George in the best moments of the game for the Clippers.

The Los Angeles team was just one point behind when both teams short-circuited and almost four minutes of the fourth quarter passed without the score being moved.

Chris Paul ended the drought with a spectacular attendance for Ayton’s dunk and the Suns held small leads in an erratic finish in which Paul George and DeMarcus Cousins ​​desperately missed free throws to try and capture the offensive rebound.

On the other side, Chris Paul kept his cool from the personnel line. At 36, Paul ended up celebrating a triumph that puts him on the verge of his first Finals on the same court where he played for six years (2011-17) and never reached this point in the playoffs.