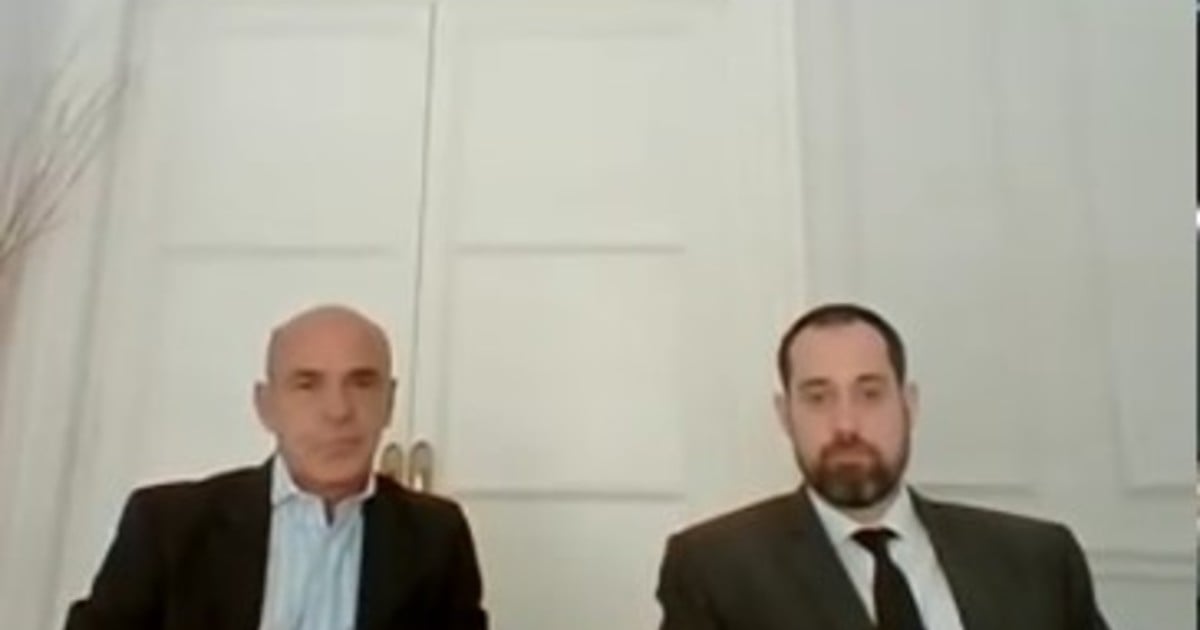 The former heads of the Federal Intelligence Agency (AFI) during the Government of Cambiemos, Gustavo Arribas and Silvia Majdalani, They were called this Friday to give an investigatory statement for alleged illegal espionage about the relatives of the crew members of the submarine Ara San Juan, informed judicial sources.

The call was arranged by the surrogate federal judge of Dolores, Martín Bava, who summoned former Mr. 5 for Thursday, July 8 at 11 a.m. and former Mrs. 8 for the 15th of the same month, according to the resolution to which Télam had access.

The alleged espionage of the relatives of the victims of the sinking of the Ara San Juan was only part of the tasks of the alleged intelligence deployed from the so-called AMBA bases that the AFI of Mauricio Macri installed in the territory of the province of Buenos Aires, as it arises from the judicial file.

Judge Bava also summoned six other defendants to investigate, among them the former head of the AFI base in Mar del Plata, Nicolás Iuspa Benítez, already prosecuted for other acts of illegal espionage by his predecessor and member of Legitimate Justice, Alejo Ramos Padilla.

“In attention to the complaint filed by the Federal Intelligence Agency, directed by Cristina Caamaño, the opinions of impulse of the action of the Public Prosecutor’s Office and the verification of the different evidence incorporated in the records, I understand that there are sufficient elements to summon to give a statement “as defendants to those mentioned, evaluated the judge.

The first summoned are the former heads of the AFI and, then, from August 12 to September 16, the remaining investigations of Iuspa Benítez, Javier Villalba Contestabile, Pablo Arbeo, Ameli Peyri, Critian Grimald and Sabrina Pascale, all former agents, were scheduled. from the spy station.

On the other hand, the judge ordered to form a “file of evidence of a reserved nature” by virtue of the fact that they are documents delivered by the AFI on “those who are legally obliged” to keep secrecy.

The case for the espionage of the relatives of the victims of the San Juan sinking began with a complaint made by the AFI inspector, Cristina Caamaño, who presented before the Mar del Plata Justice elements that allowed to infer that during the government of Macri had spied on them.

The elements that gave rise to the complaint were found in the Mar del Plata base of the AFI after a request for information formulated by federal judge Alejo Ramos Padilla in the framework of the D’Alessio case, more precisely in the investigative chapter dedicated to the called AMBA bases.

As this agency was able to verify, in the case there are elements that prove that reports and photographs were found at the Mar del Plata base that gave an account of follow-ups carried out on the relatives of the crew members of the Ara San Juan, produced without judicial authorization or any valid justification. .

In the file there are also testimonies from relatives of the crew members of the Ara San Juan submarine that would give an account of the alleged infiltration of the group of relatives, as this agency was able to reconstruct.

Judge Bava also issued 9 indictments to agents who served in the AMBA bases between mid-2016 and December 2017, in the Haedo (Morón) and Pilar delegations.

The number of agents who carried out functions organically under the orders of the processed Director of Meeting in the Province of Buenos Aires, Pablo Pinamonti, amounted to 87, although for now only those for whom there is proof of their direct involvement with the tasks of criminal investigation are under criminal investigation. intelligence forbidden.