The striking message of Delfina Rossi to praise Axel Kicillof: ‘When you govern a province but you lead a country’ 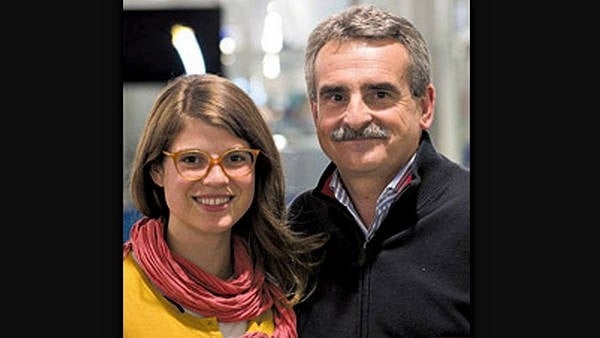 “When you govern a province but you lead a country.” With that striking phrase Delfina Rossi, daughter of the Defense Minister, praised the Buenos Aires governor, Axel Kicillof, for the agreement that his administration signed to buy the coronavirus vaccines from the Indian laboratory Bharat Biotech, which will be distributed throughout the country.

The economist, a member of the Banco Ciudad Board of Directors, spoke like this on her Twitter account. He did so by replicating the message with which the governor announced the steps to access 15 million vaccines.

The expression of Delfina Rossi did not take long to generate repercussions, because it fed the versions that indicate that President Alberto Fernández gives ground in decision-making in the face of the positions imposed by the province of Buenos Aires.

Some of the events that reinforced these hypotheses were those related to the restrictions against the coronavirus in the Metropolitan Area of ​​Buenos Aires (AMBA), in which the claims of the Kicillof administration were imposed, and also the one referred to the rise of the public service tariffs, in which it was finally applied an increase of 9%, as demanded by the Buenos Aires president, and not the 30% in two sections as requested by the Minister of Economy Axel Kicillof.

Perhaps for this reason, Agustín Rossi’s daughter decided to delete his suggestive message. However, although he tried not to leave traces, Twitter users were responsible for replicating the text.

The Government of the province of Buenos Aires announced this Friday that it signed an agreement to access 15 million doses of Covaxin coronavirus vaccine, from the Indian laboratory Bharat Biotech, to later distribute “among all the provinces of Argentina”.

“We signed an agreement that we hope will serve all of Argentina,” said Governor Axel Kicillof when making the announcement in the framework of a press conference he led in a Plata with the Chief of Staff, Carlos Bianco, and the Minister of Health, Daniel Gollan.

He added that the doses acquired by the district will be offered to the national government so that “it may distribute them among all the provinces of Argentina”, within the framework of the immunization campaign against the coronavirus.

“If we get vaccines we will not dedicate them to vaccinate first in the province. From this, we are all saved together. We signed an agreement that we hope will serve all of Argentina, “he said.

The governor explained that “it is a contract for the supply of vaccines, but conditional on certain issues that must be met”, such as the approval of the Anmat, the elimination of export restrictions from India, the availability of doses from the laboratory and as required by the vaccination campaign planned at the national level.