The story of Maya Weug: who is the 16-year-old driver who became the first woman to enter the Ferrari Academy 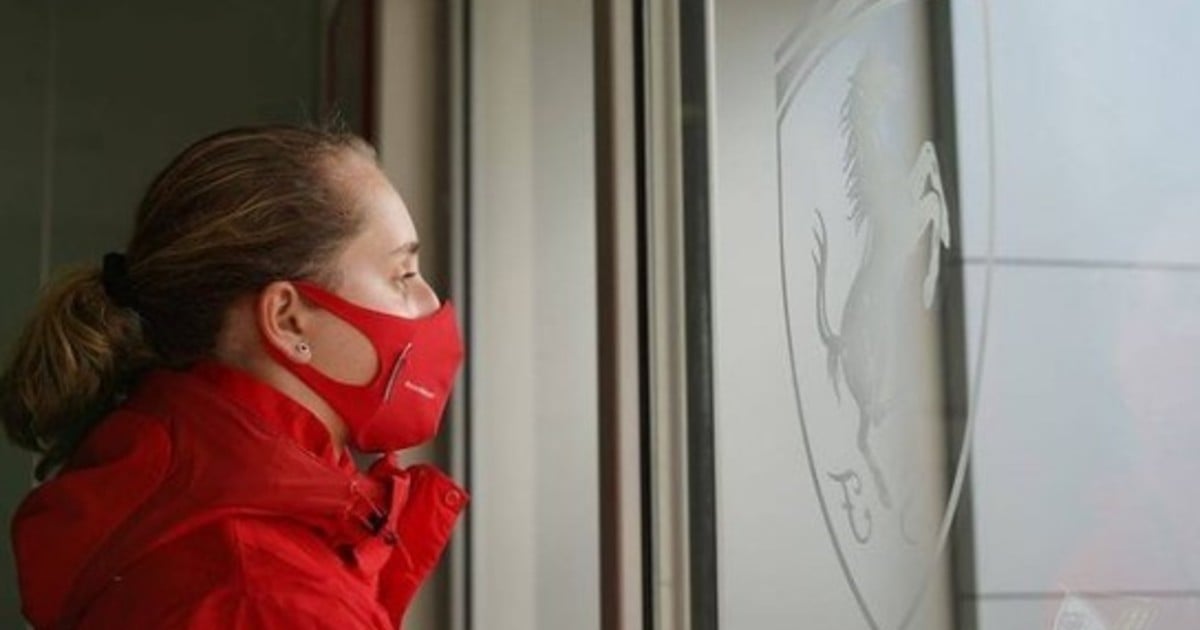 Two Brazilians, one French and one Spanish competed to be the chosen pilot of the FIA ​​challenge Girls On Track, which promotes the incorporation of young women into motorsports, and to keep the only place in the Ferrari Academy, one of the most prestigious institutions but that only had integrated men. Until now. Maya weug, 16 years old and born in Alicante, will become the first woman in young promises program from the Maranello team.

The daughter of a Dutch father and a Belgian mother, Weug was 7 years old when she got into a kart, which Santa Claus He brought her at Christmas 2011. Two years later she started competing and in 2015 she was runner-up in Spain Alevín. In 2016, meanwhile, he won the WSK Final Cup – 60 Mini. More recently, according to the Motorsport website, she was 12th in the WSK Euro Series OK and 17th in the FIA ​​European Championship OK 2020.

“I will never forget this day. I am very happy to be the first woman to join the Ferrari Driver Academy. Winning the finals of the FIA ​​Girls on Track-Rising Stars makes me realize that I was right to pursue my dream of becoming a pilot. Now I will do my best to show people who believed in me that I deserve to wear the Ferrari colors and I really want to start preparing my first season in single-seaters in Maranello, “she said after winning the election in which the French Doriane also participated. Pin (17 years old) and the Brazilians Antonella Bassani (14) and Julia Ayoub (15).

Mattia Binotto, head of the Ferrari team and present during the tests that the four girls had to carry out in the preselection, remarked that “This is a key moment in the history of Scuderia Ferrari and its Academy, which aims to train drivers who can reach F1. “

“Now, for the first time, a woman will join her. This year he will train with us and will compete in an FIA certified F4 championship, the gateway to cars. Maya’s arrival is a clear indication of the Scuderia’s commitment to making the engine more inclusive, “he added.

In addition, Binotto stressed that “this project is a new element of the FDA, which has already demonstrated its great success: five of the 19 members have managed to reach F1 and four of them will be competing in 2021 at the highest level of the engine.”

For his part, Marco Matassa, head of the Ferrari Driver Academy, commented: “We are impressed with his dedication and preparation, from a physical point of view, but also from a competitive point of view. Despite having little experience in single-seaters, he had a good She showed speed and she knew how to drive the car. This attitude, together with the results she achieved on and off the track, as well as her open personality, led us to conclude that she is ready to begin her adventure with us. “

The Girls on Track program began in October 2020 with 20 candidates from the five continents who presented their qualities on the track of the French Paul Ricard circuit. The preselection continued with another test at the racetrack located in Le Castellet and another at Fiorano.

The four finalists then went on to a final series of tests that included both on-track, physical and cognitive tests at a camp held last week in Maranello. There, Maya Weug revealed that her favorite driver is Charles Leclerc, Ferrari’s main figure.

“This is an important moment in Maya Weug’s career, and I extend my sincere congratulations to the four drivers who made it to this final selection. The FIA ​​Girls on Track – Rising Stars program is key to our commitment to supporting gender diversity in our sport, “summed up Jean Todt, FIA President and Ferrari’s crew chief in its heyday with Michael Schumacher as pilot.