The stigma of being born albino in Africa: Guinea, the first country to pass a law to protect them 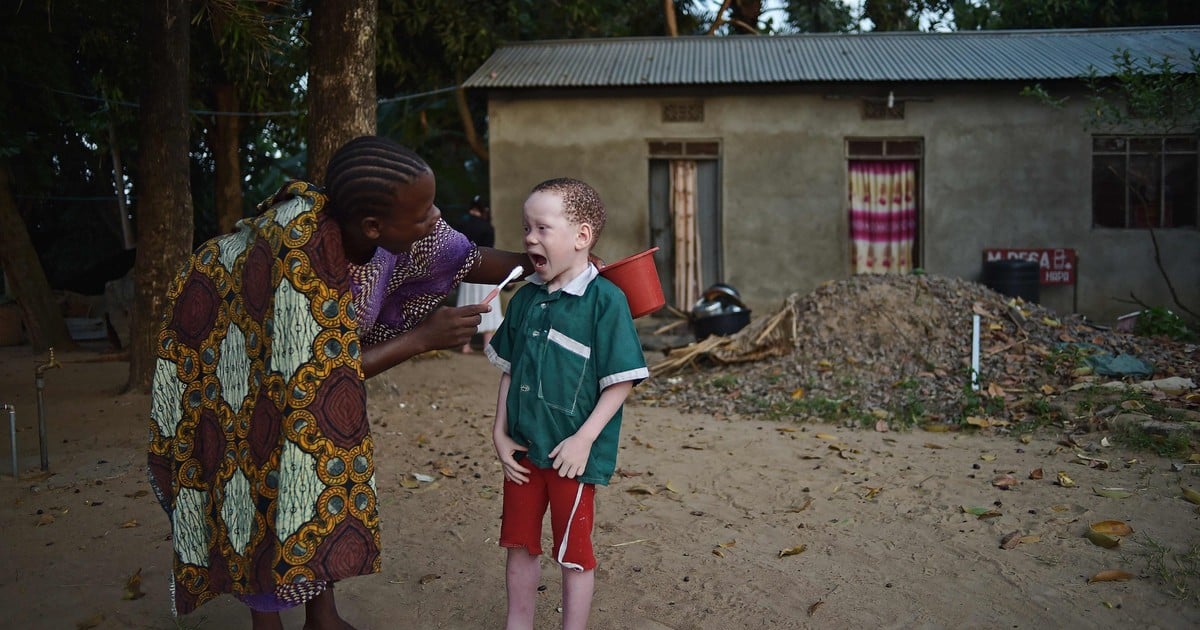 “When my older brother and I were born, many people asked my mother to will throw us“, confesses Kabinet Camara, president of the NGO Unión por el Bienestar de los Albinos de Guinea-Conakry.

“Many thought that we were supernatural beings, we are considered devils,” says Camara (35 years old) by telephone after Guinea became the first country in the world to approve a specific law for the promotion and protection of albinos.

On April 6, the Guinean National Assembly unanimously approved a law by which the albino community of this West African country carries a ten years fighting.

According to Morlaye Camara (58 years old), president of the veteran Foundation for the Help and Social Insertion of Albinos (FONDASIA), the law arises as a result of a proposal that he raised in 2011.

But, due to the political and electoral context, it did not advance until 2018, the date from which this bill was in the National Assembly.

Although the UN has adopted resolutions against discrimination against albino people and there is an independent expert who closely follows their situation, they are not mentioned in the Convention on the Rights of Persons with Disabilities.

Albinism is a genetic abnormality characterized by the absence of melanin in the skin, eyes and hair that, for many people who suffer from it, in some countries is rejected, stigmatized, marginalized and even their trafficking for the purpose of exploitation in begging.

Albinism is a genetic abnormality characterized by the absence of melanin in the skin, eyes, and hair.

“By the fact that we do not have that melanin, people think of us that we are people supernatural“says Kabinet Camara and what happens is that” people are ignorant of what albinism is. “

Guinea does not have official figures on the number of albinos in the country, but UBEAG has more than 500 members.

There are many beliefs around albino people, such as that being born that way is consequence of adultery from their mother or that the spots they have on their skin are due to the type of diet, rather than exposure to the sun.

“The life of albinos in Guinea is not easy. There are localities where their families abandon them and refuse the child to enter the house, so you find them in markets, bus stations, on the street, “says Marloye Camara.

“Many believe that albinos have mystical or magical powers in parts of their body, which would make people rich.” Photo: AFP

In addition to the difficulty of being accepted by their own family, albino people also suffer stigma at school, which increases the school dropout, due to the impediment of following the classes through what is written on the blackboard due to their reduced vision or the fact that other children do not want to sit next to them.

“Personally, I was a victim at school and there was a time when I wanted to give up. Many people who suffer from albinism cannot accept that. For this reason, in Conakry many are seen begging and have dropped out of school,” says the President of UBEAG.

Likewise, there are those who put their children at the disposal of a person who uses them for begging purposes and who each month contributes an amount of money to their family.

There are those who put their children at the disposal of a person who uses them for begging purposes. Photo: EFE

“Do you think that person loves their child? Exposure to the sun of that child entails health risksBecause when you are very exposed to the sun, as you do not have melanin, your skin could have cancer, a treatment that in Guinea costs excessively expensive, “reflects Kabinet Camara.

He assures that he was lucky to have a family that supported him until he reached the university where he graduated in physical engineering. But for those unlucky, this law is a turning point.

For Marloye Camara, this law “makes parents responsible for the lives of their albino children”, gives access to health for those children who “rarely go to the hospital”, and facilitates employment, because even when they manage to finish their studies, they find obstacles to find it.

According to the president of UBEAG, the most important provision of the law is that it contemplates the life imprisonment for those who commit a crime against a person due to their condition of albinism, as in cases where a child is abducted to offer it as a sacrifice or to keep it at home as a lucky charm.

The president of the NGO Union for the Welfare of the Albinos of Guinea-Conakry (UBEAG), Kabinet Camara (c). Photo: EFE

Likewise, it is necessary for the law to be known and both organizations plan to carry out outreach campaigns and workshops so that all citizens take notice.

Marloye Camara assures that her simple vote already had immediate effects, which will increase when people get to know its content better.

“In N’Zérékoré, the main city of forest Guinea, when the relatives of albinos heard on the radio the approval of the law – he adds –, they went out to get their children back that they had abandoned in the street. “