The statistical mystery of inheritance in the pandemic 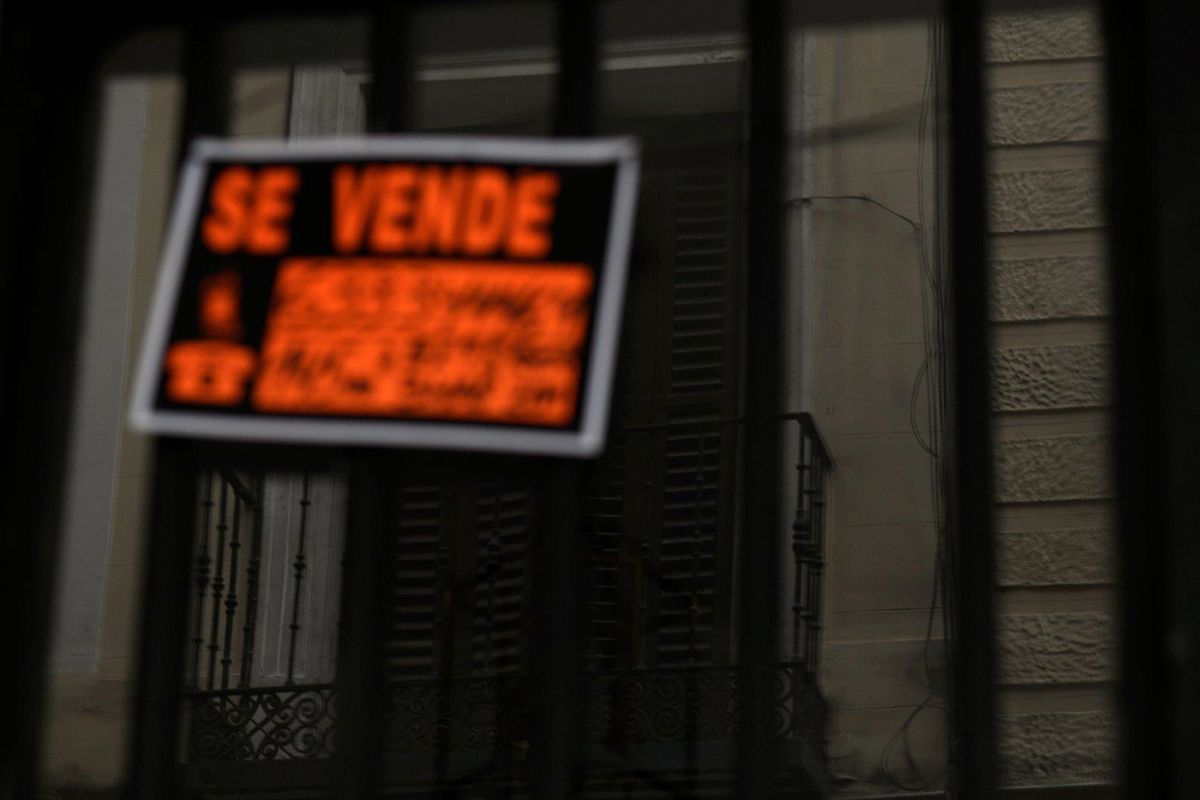 The pandemic is barely making its mark on inheritance statistics. At least for now. And experts say they may never do so. After more than a year of health crisis in Spain, and an excess of mortality that is estimated in 2020 in more than 90,000 people, the logical thing would be to think of a rebound in the transfer of property from deceased persons to their heirs, but the figures of moment they do not point in that direction.

To follow the evolution of inheritances in Spain, there are two main sources: the Statistics on the transmission of property rights – published by the INE on a monthly basis and taking records as a source – and the figures of notaries. The April data, the latest available in the case of notaries, did show spectacular increases in inheritances, multiplying them in many cases. But they had a small trap: they were compared against April 2020, the month most affected by the confinement of the first state of alarm and in which the activity of notaries and registries was reduced to a minimum.

The comparison, therefore, would be more pertinent with 2019. And there the figures from the INE, which also already has data for May and June, show a much more contained increase, as well as the acceptances of inheritance before a notary: 27,283 in April 2019 , compared to 29,651 this year, according to the figures provided to EL PAÍS by the General Council of Notaries. María Teresa Barea, spokesperson for this organization, explains the fundamental cause: “The association between the people who die and the inheritances that are made is not true in the short space of time,” she explains. “From the moment a person dies until the family formalizes the partition deed [el acto en que se reparte la herencia ante el notario] not only months, but even years can pass ”, he adds.

The reason is that in Spain there is no legal term to distribute the deceased’s assets. Only the need of the heirs determines that this is done sooner or later. “If you want to sell or mortgage a property, you have to do it,” says Barea, “but there are people who leave the frozen assets in the hands of their spouses.” In other words, in the event of the death of a parent, it is normal for children to wait until the second parent dies, who will continue to live in the home, before formalizing the transmission. All this leads to the fact that in the notarial statistical series “nothing striking is seen”, according to the notary, “except for a small rebound in March.”

Indeed, the difference between March 2021 and 2019 is about 6,500 more inheritances. That margin rises to about 12,000 in the aggregate of the first four months of the year. The number of homes transferred by inheritance between January and June, according to the INE, maintains a similar difference. The effect is noticeable, but very far from what one would expect seeing the global figures for 2020. Last year, despite being the deadliest in the history of Spain since the Civil War, some 25,000 fewer homes were inherited than in 2019. That is, they have not even recovered, with the slight increase detected so far this year, the levels of what would be a normal year.

For José Miguel Tabarés, vice dean of the College of Registrars of Spain, all this has the consequence that “the incidence of inheritances in the real estate market is very low.” As an example, he points out that the annual home purchase transactions in Spain “are close to half a million”, a volume much higher than the excess mortality detected, and even more so “taking into account that not all deaths give rise to a sale of housing ”. In the cases in which it does, the registrar emphasizes, “family situations influence” and also that “generally they tend to be old houses that require reform.” In short, “it can take months to find a buyer” and it is not until then that many families take the step of making the inheritance effective, says Tabarés.

With all these conditions, experts believe that the statistical increase in inheritances has not only not manifested itself, but may never be noticed. “An avalanche does not seem like there will be,” says Tabarés. Of similar opinion is Barea, who maintains that “the excess will be distributed and there is no reason to see a boom”. The latter, however, points to another way of study: “The only peremptory period you have as an heir is the settlement of taxes,” he highlights. Although many families postpone the acceptance of the assets, what they cannot avoid is paying inheritance and gift tax, a tax assigned to the communities, in a period that is normally six months.

However, many communities paralyzed or lengthened the deadlines to satisfy the tax, especially during the first state of alarm. These changes had an impact on the collection of about 135 million euros in 2020, according to the Ministry of Finance. Between January and April 2021, the expected collection is 66% above the same period of 2020 and 36% above the first four months of 2019.

The data on self-assessments of the tax provided by two autonomies that received the hardest impact of the pandemic at different times, the Community of Madrid and the Valencian Community, also witness increases higher than those observed in the figures of the INE or notaries. In Madrid, for example, the numbers in both March and April are 30% above the 2019 levels, which translates to some 13,000 more. These self-assessments are not comparable to inheritances, because when a person dies leaving several heirs, each one will have to make their own payment of the tax.

As for the Valencian Community, self-assessments in March grew by 27% compared to the last year before the pandemic, but in April there was already some normalization (8.7%) and in absolute figures both months they added about 5,500 more. These are numbers, both in Madrid and Valencia, which denote a higher incidence of the tax, but far from the excesses of mortality caused by the pandemic. In the long run, there is no doubt about that, all the figures will tend to coincide. Although in some cases it will take longer than in others: “The other day I signed an inheritance from a man who had died in 1973”, the notary warns by way of example.