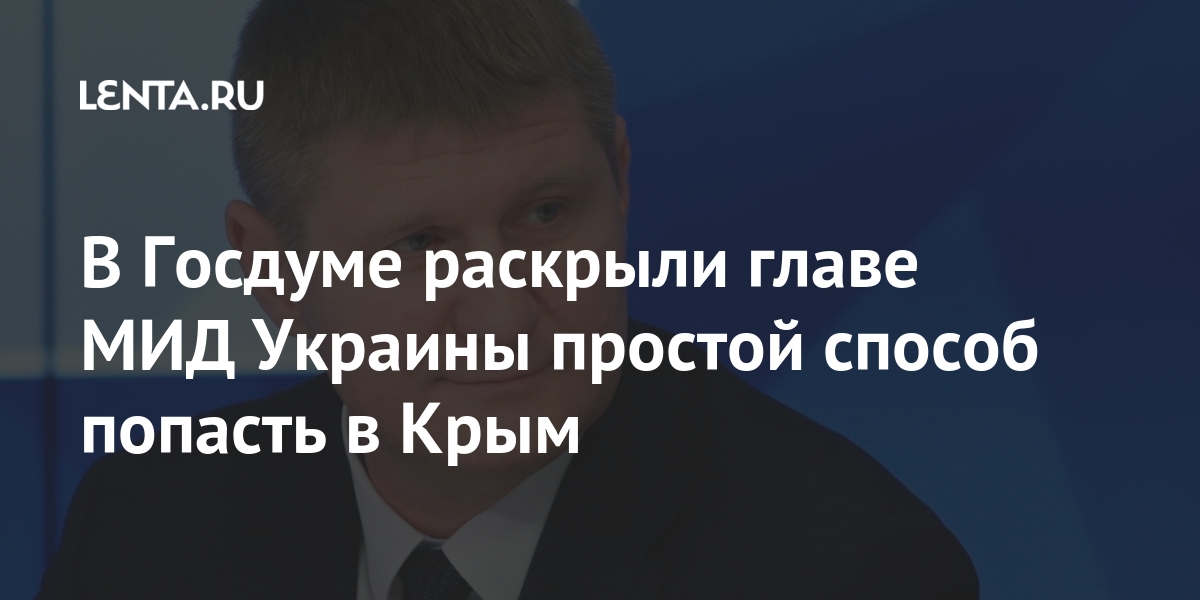 The State Duma revealed to Ukrainian Foreign Minister Dmitry Kuleba an easy way to get to Crimea. The deputy from the Crimean region Mikhail Sheremet said this in an interview with RIA News…

Sheremet, commenting on Kuleba’s call to “open access” to the peninsula, noted that many well-known politicians and deputies from various countries have repeatedly visited the Russian Crimea without problems. He urged the Minister of Foreign Affairs of Ukraine to stop inventing fables.

The parliamentarian stressed that if the head of the Ukrainian Foreign Ministry does not know how to ask for a visit in order to adopt the Russian experience in the development of territories, he can contact the Russian Foreign Ministry and coordinate his visit. According to him, this method is easier than blatantly lying to the international community. In addition, the deputy added that only Kiev is trying in various ways to block the access of its citizens and foreigners to the peninsula.

Earlier, deputy Ruslan Balbek, in response to Kuleba’s statement, said that everyone who wants to come to Crimea is doing it, but in accordance with Russian rules. He stressed that no one will visit the peninsula on Ukrainian terms.

On March 12, Ukrainian Foreign Minister Dmitry Kuleba, during a speech at an informal meeting of the UN Security Council, called on Russia to “open access” to the territory of Crimea. He did not explain which organizations or departments need to be granted access, but said that such a need is dictated by international law.

Crimea became part of Russia in March 2014 after a referendum in which the overwhelming majority of those who voted in the region supported such a decision. Ukraine, the EU countries and the United States refused to recognize the results of the vote, calling the reunification of the peninsula with mainland Russia an annexation. The Russian authorities reject these charges and insist that the accession procedure was in accordance with international law.

Trump brutally strikes against McConnell – including his wife