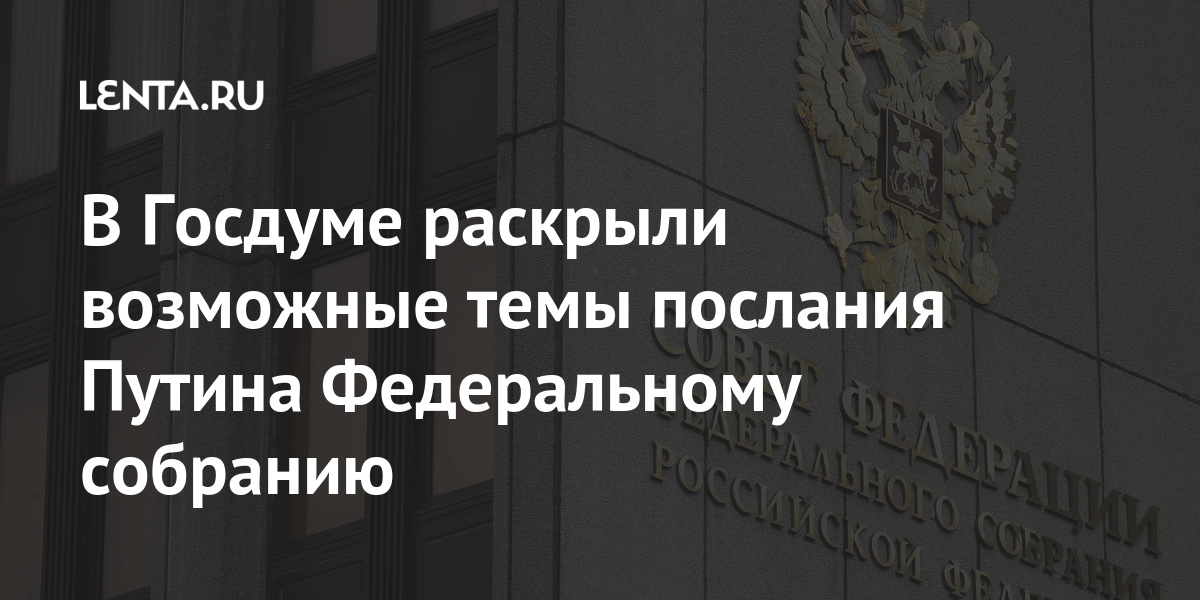 Deputy Svetlana Bessarab revealed possible topics for the annual message of Russian President Vladimir Putin to the Federal Assembly. A member of the State Duma Committee on Labor, Social Policy and Veterans Affairs told about this to the PolitExpert edition.

Bessarab expressed confidence that the main topic of the president’s speech will be social issues. So, she believes that the head of state will talk about new tools for fighting poverty, as well as, possibly, about benefits and payments. According to her, Putin will also touch upon issues related to small and medium-sized businesses.

In addition, the parliamentarian believes that the president will talk about the mechanisms that will allow the residents of Russia to earn more actively and get out of the crisis.

Vladimir Putin will deliver his annual address to the Federal Assembly on April 21. The event will begin at noon Moscow time at the Manezh Central Exhibition Hall. Live broadcast will be conducted by TV channels “Russia 1”, “Russia 24” and Channel One. The duration of the address is not regulated, and the Kremlin traditionally did not announce the content of the message.