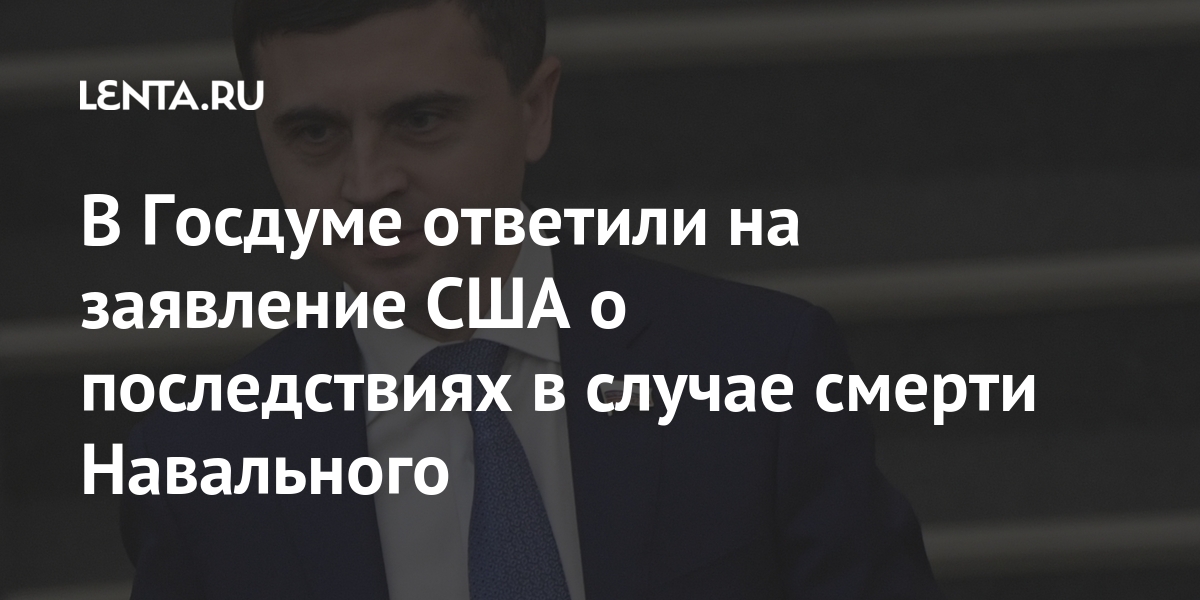 State Duma Deputy Ruslan Balbek responded to the US statement on the consequences for Russia in the event of the death in prison of Alexei Navalny, founder of the Anti-Corruption Foundation (FBK, included by the Ministry of Justice in the register of organizations performing the functions of a foreign agent). He is quoted by RIA News…

According to him, the statement by the Assistant to the President of the United States for National Security Jake Sullivan is a farewell letter to the oppositionist and “a ticket to the next world.”

“The United States announced to the whole world that Navalny will not live long, they have already written him a ticket to the next world, just to spoil Russia. And now let the famous blogger feel what American friendship is – as they say, we are friends while we need it. I am sure that Biden’s advisor thereby sent Navalny a farewell letter, saying that they worked together, but everything went wrong, and we don’t need you alive, sorry, but like that, ”Balbek explained.

He added that he would not be surprised if Navalny told Russian investigating authorities “some revelations about his cooperation with the Americans in exchange for guarantees of protecting his life.”

Earlier, Navalny was transferred to the colony detachment from the medical unit in connection with the improvement of his health. He was not confirmed for tuberculosis and coronavirus.

In early April, Navalny, who is serving a sentence in correctional colony No. 2 (IK-2) in the Vladimir region, was transferred to a medical unit with symptoms of acute respiratory infections. During the planned prophylactic medical examination, the prisoner was diagnosed with a high temperature. The first reports of his deteriorating health appeared at the end of March. The regional department of the Federal Penitentiary Service said that Navalny’s condition is considered satisfactory.

Alejandro Fernández says goodbye to his dog: “You accompanied me for more than 15 years”