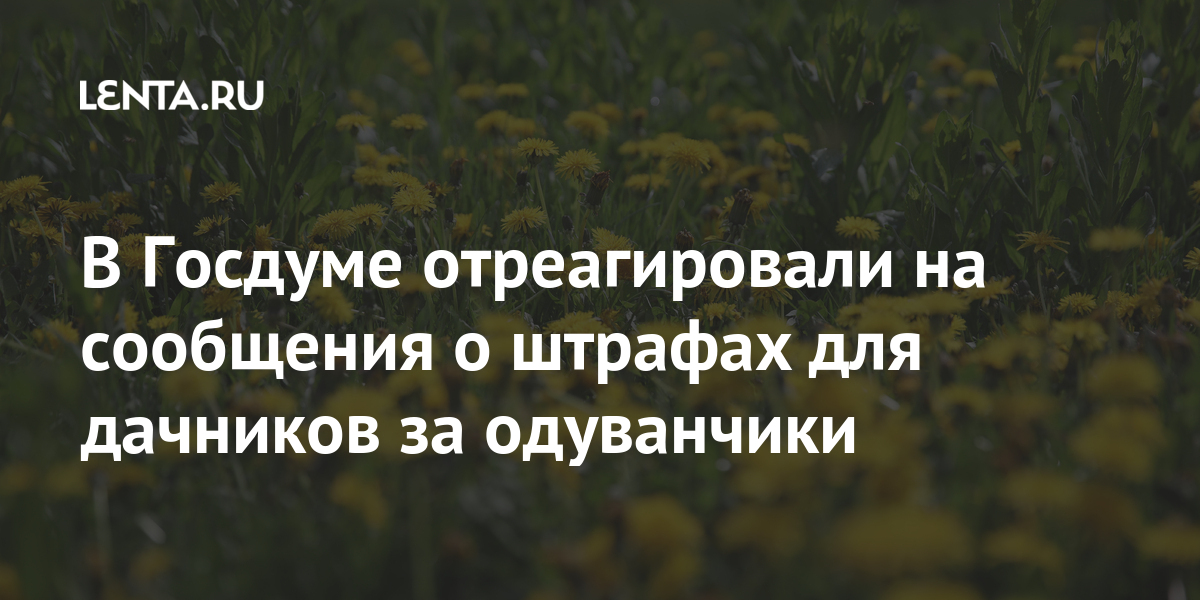 The head of the State Duma Committee on Natural Resources, Property and Land Relations, Nikolai Nikolaev, denied information that Russian summer residents could be fined for mint, dandelion and chamomile on the site. He shared his reaction to earlier messages in his Telegram-channel.

“There have been no changes in legislation regarding summer residents and gardeners! One should not be afraid and expect any sanctions, ”Nikolayev said, stressing that there are no grounds for such fines.

According to him, the document, which was referred to by many media outlets, who reported about the impending fines for Russians, in fact only concerns “agricultural producers and affects the sphere of targeted or inappropriate use of agricultural land.”

Earlier, lawyer Tatyana Matsukova warned Russian summer residents that they may have to pay fines for dandelions, chamomile and mint that have grown on their plots. The specialist referred to the list of weeds, which was determined by the decree of the Russian government dated September 18, 2020 No. 1482.

In Belarus, sentenced to the confidant and members of the initiative group of Tikhanovskaya

AstraZeneca doubles its profit between January and March