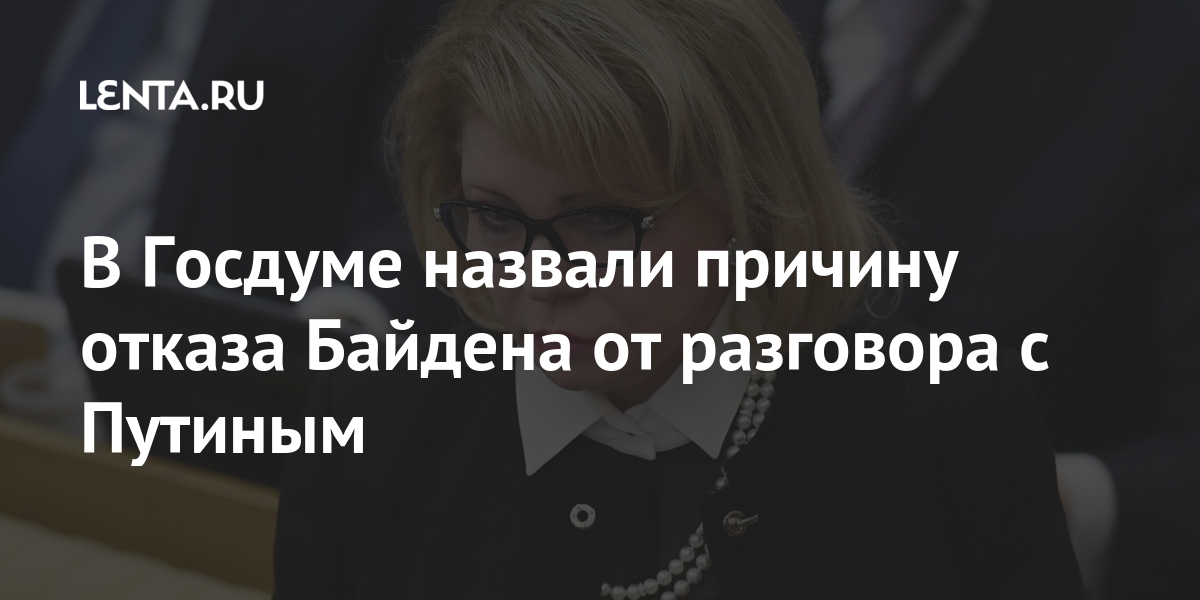 Deputy Elena Panina named the reason for the refusal of US President Joe Biden to talk with Russian leader Vladimir Putin. A member of the State Duma committee on international affairs said this in an interview with RIA News…

Panina said that Biden often forgets the name of the interlocutor, his post, or even the topic of conversation. However, she emphasized that in certain situations, such as a debate with former US President Donald Trump, Biden is quite capable of deliberate public communication.

According to the Russian parliamentarian, the US president refused to discuss with Putin for this reason, but because he “simply has nothing to say in response.” She added that Biden has a problem with the content, and he will have to resort to the services of the press secretary of the White House Jen Psaki “with her unique memory and knowledge of geography.”

Earlier, Biden ignored the question of whether he agreed to a conversation with Vladimir Putin. After the end of the speech by the head of the United States on the fight against the spread of coronavirus, one of the journalists shouted a question about the proposal of the Russian president. Biden did not answer and hurried to leave the podium, accompanied by Vice President Kamala Harris.

On March 18, the White House responded to President Putin’s offer to hold a live conversation with the American leader. Psaki said that Biden has already spoken to Putin and will be too busy on Friday to continue the dialogue live.

Biden said in an interview with ABC News that he wants to hold the Russian state accountable for alleged interference in the US elections. He spoke about a conversation with Russian leader Vladimir Putin and added that he would “pay” if he was found guilty. In the same conversation, Biden allowed an impartial statement about the Russian president.