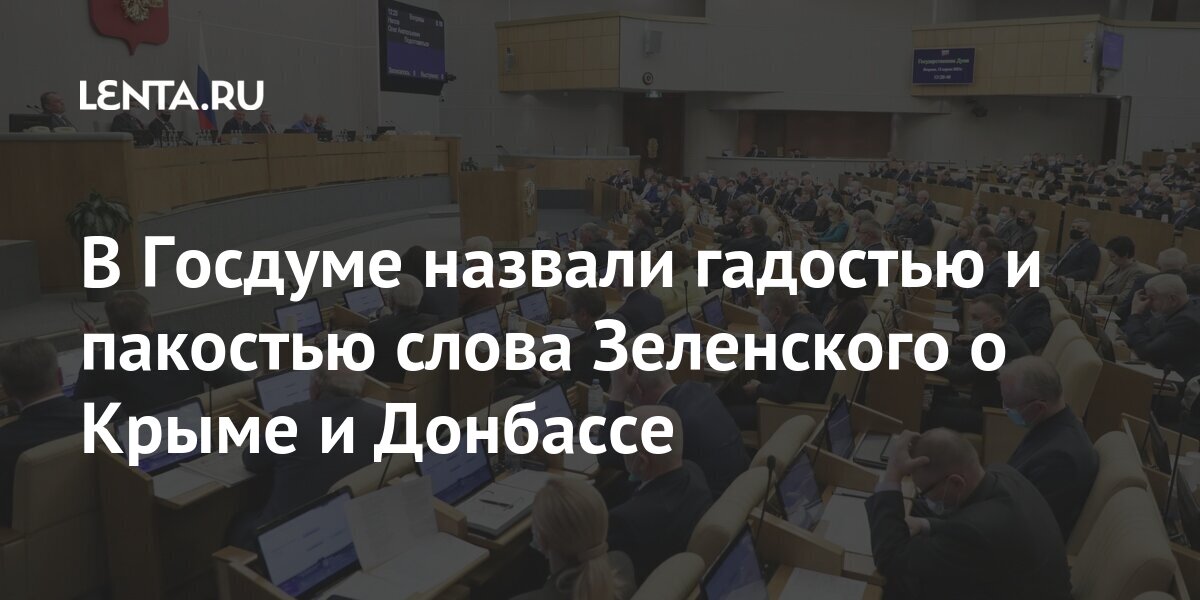 President of Ukraine Volodymyr Zelenskyy continues his dirty tricks and nasty things about Crimea So called the words of the Ukrainian leader about the peninsula and Donbass, State Duma deputy from the Crimean region Mikhail Sheremet, reports RIA News…

“He can’t do anything, so now he decided to choose a dastardly method of intimidation. Will not wait. Crimea today is one of the most prosperous and attractive regions, as is spoken about, including by representatives of the international community, ”Sheremet replied to the comparison of Crimea with Chernobyl.

Earlier Zelensky’s statement was also commented on by the head of the peninsula community Anastasia Gridchina. According to her, because of the actions of the President of Ukraine, residents of his country are fleeing to Russia and Europe in search of a better life.

Zelensky in an interview with the newspaper Le Figaro predicted the fate of Crimea and the territory of Donbass not controlled by Kiev, a fate worse than Chernobyl. According to him, Crimea and Donbass will not be happy without Ukraine. He cited as an example Abkhazia and Transnistria, where there is no “scientific breakthrough, cool enterprises, Hong Kong skyscrapers.” People leave there because there is no happiness, the Ukrainian leader is sure.