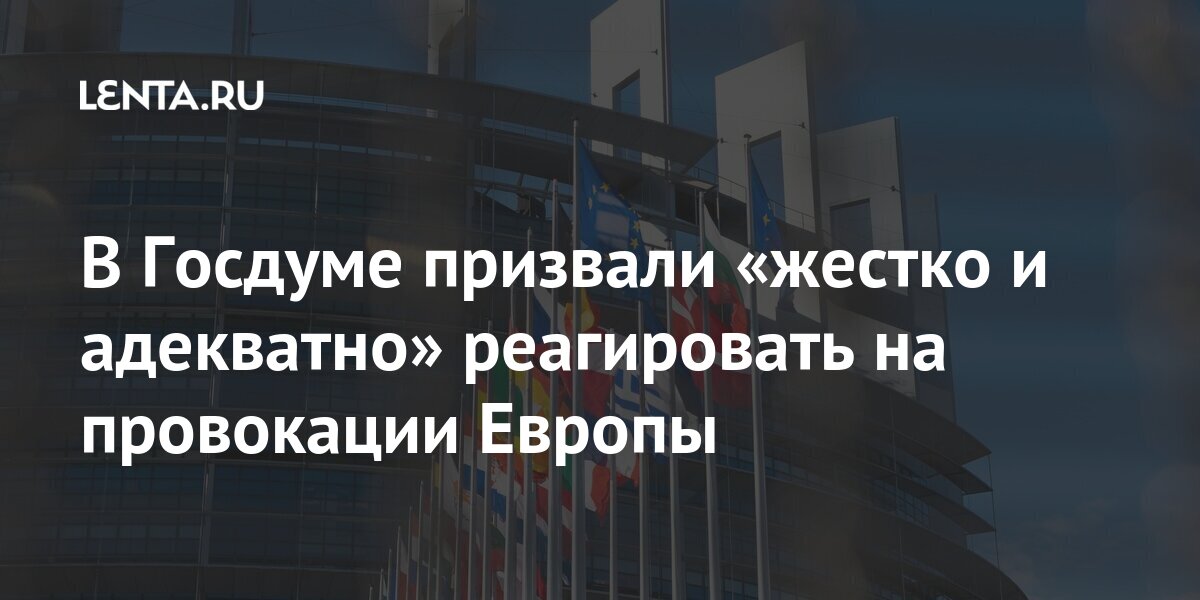 Russia should “toughly and adequately” respond to the provocations of geopolitical opponents in the West, but at the same time remain in the Council of Europe (CE). This was stated by the chairman of the Duma committee on international affairs Leonid Slutsky on the air of the TV channel “Russia-24” TASS…

According to the parliamentarian, if it leaves the association, Moscow will lose the most wide-ranging European organization, including contacts with ambassadors and inter-parliamentary ties between the participating countries.

“Of course, you need to react harshly and you need to respond appropriately. But should we leave the Council of Europe, should we pour water on the mill of what I call “strategic friends in the West,” who are in fact our geopolitical opponents and are just waiting for us to slam the door in Strasbourg? I’m not sure, ”Slutsky said.

In Kiev, they decided to finally break off the connection with Russia. Ukrainians will be banned from speaking Russian

The deputy concluded that decisions will be made at the level of the top leadership of the Russian Federation and added that Russia should use all opportunities to advance its foreign policy agenda, even where it is very annoying or unpleasant to work.

Earlier, the head of the international committee of the Federation Council, Konstantin Kosachev, said that Russia could withdraw from the Council of Europe if disagreements with the EU countries continue to intensify.

State Duma Deputy Leonid Slutsky allowed Russia to leave the Parliamentary Assembly of the Council of Europe. The parliamentarian expressed the hope that the Russian authorities will take an adequate decision, since the Council of Europe and PACE, in his opinion, are used to inflict various kinds of attacks on Russia.

Immigrants ... the source of American excellence