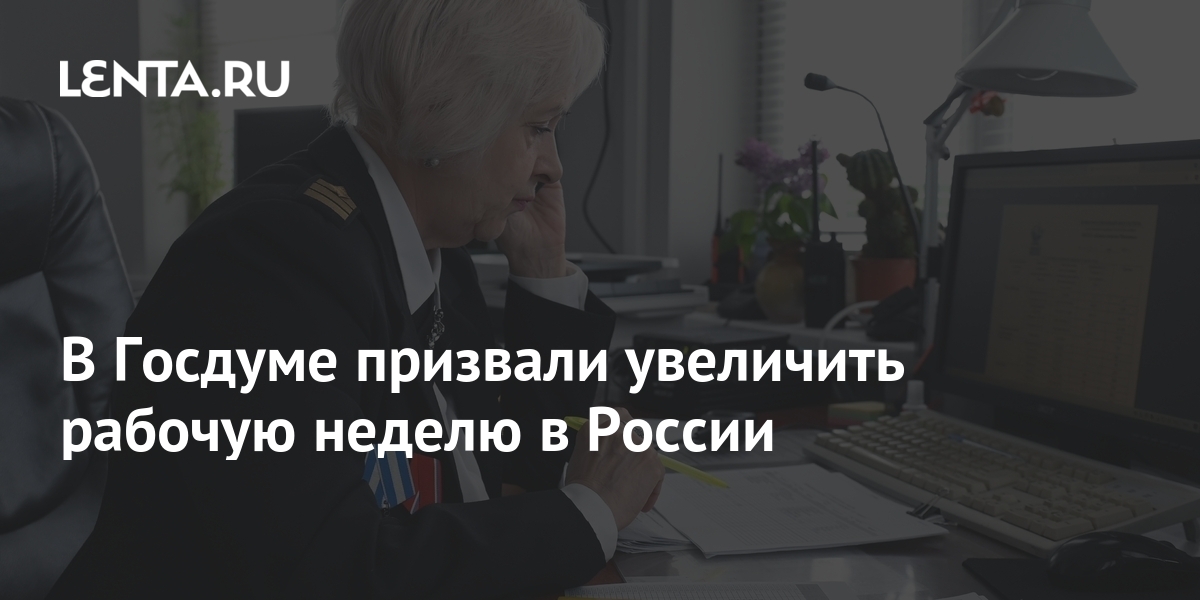 The Russian economy can recover if the country increases the working week. Such a proposal in an interview with URA.RU showed First Deputy Chairman of the State Duma Committee on Economic Policy, Industry, Innovative Development and Entrepreneurship, member of the Communist Party faction Nikolai Arefiev.

“We do not need to think about a four-day work week, but about an extension. About working both on Saturday and Sunday, but pulling the country out of ruin, because everything is in complete ruin. The country is falling apart, and we are thinking how not to work at all, ”he explained his appeal. Arefiev noted that there are no tools in the country that would allow transferring production to a four-day period.

The transition to a shortened working week is only possible if the workers maintain their previous wages. This was previously announced by the head of the Federation of Independent Trade Unions of Russia (FNPR) Mikhail Shmakov. In his opinion, it is possible to make three days off by increasing the number of working hours from eight to ten.

Earlier, Minister of Labor and Social Protection Anton Kotyakov said that the department sees no prerequisites for introducing a four-day working week in the country, but is ready to consider proposals if they come.