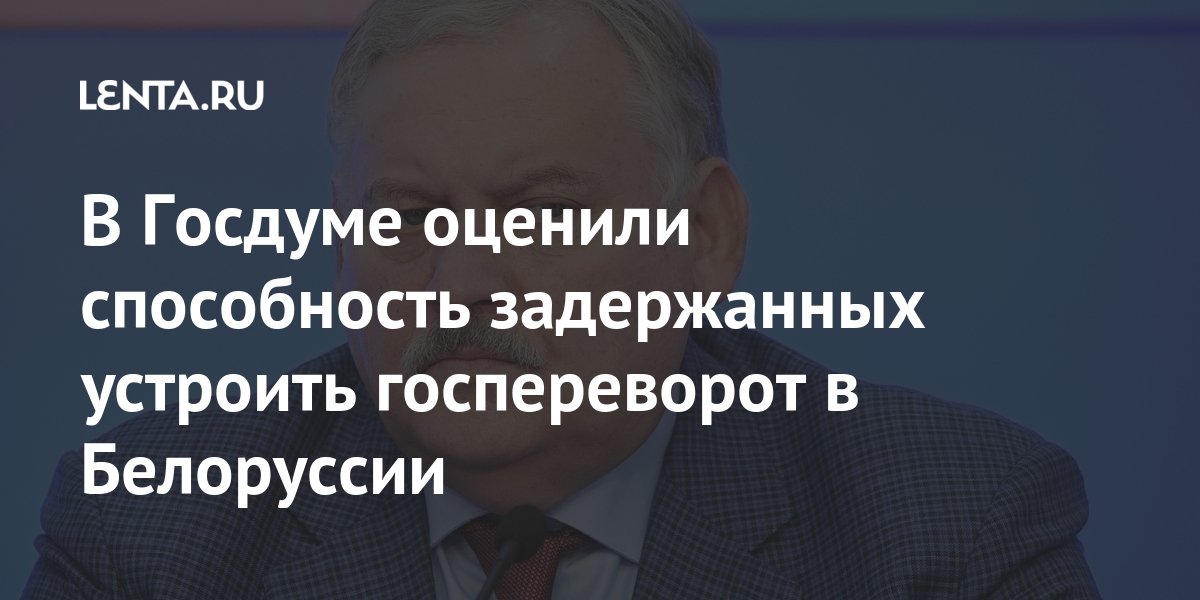 Deputy Chairman of the State Duma Committee on CIS Affairs, Eurasian Integration and Relations with Compatriots Konstantin Zatulin questioned the ability of the detained Belarusian political scientist Aleksandr Feduta to stage a coup in Belarus. The civil servant gave his assessment of what is happening in a conversation with the journalists of “Moscow Says”.

“I am not familiar with Feduta, I read what he writes and claims. Somehow, in my opinion, he does not look much like the leader of a military conspiracy, ”Zatulin said, adding that he could be wrong and that he was not sufficiently aware of the conspiracy’s authenticity.

“I think if a person (President of Belarus Alexander Lukashenko – approx. “Lenta.ru”) with such a long experience of being in power says that there is a conspiracy, he must understand that he must present evidence, “- concluded the deputy chairman.

On April 13, the KGB of Belarus confirmed the detention “on the direct suspicion of committing a crime” of well-known oppositionists Grigory Kostusev and Alexander Feduta. They were detained in Moscow and then taken to Minsk.

On April 17, Lukashenka told reporters that an attempt was being made on him and his children. According to him, the task of eliminating the president was approved by the top leadership of the United States. The FSB later confirmed the information about the assassination attempt and the attempted military coup.

The PP will denounce Tezanos for embezzlement and irregular financing

The ruling Senate bloc conditions Martín Guzmán: he demands that the new IMF disbursement not be used to pay debt