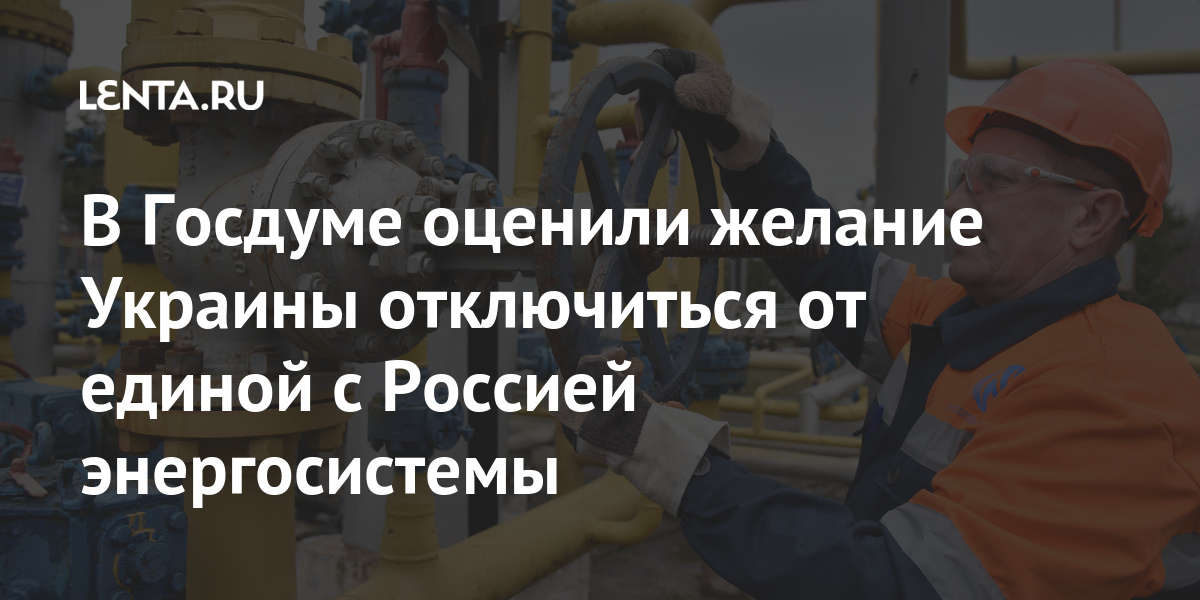 The desire of the Ukrainian authorities to disconnect from the energy system unified with Russia can cost the citizens of Ukraine dearly. So such an initiative of Kiev was assessed by the deputy of the State Duma from Crimea Ruslan Balbek in an interview with RT.

“It is necessary to break the last energy ties with Russia and thereby show the whole world that the standard of living of the population is far from being in the first place for official Kiev,” he explained the position of the Ukrainian authorities.

According to Balbek, as a result of such actions of Kiev, the gas that will be supplied to Ukraine will significantly increase in price. As a result, prices for energy consumption for the population will also rise.

Earlier in January, Acting Energy Minister of Ukraine Yuriy Vitrenko said that his main task at the post is to urgently disconnect from the energy system common with Russia and Belarus and connect to the European one, “where the normal transparent price is.” It was noted that if Ukraine is disconnected from the unified system, then it will no longer be able to buy energy from Russia and Belarus.

Alberto Fernández, on the VIP Vaccination: ‘A media scene of public derision has been set up’

Nord Stream 2, the problematic gas pipeline between Russia and Germany