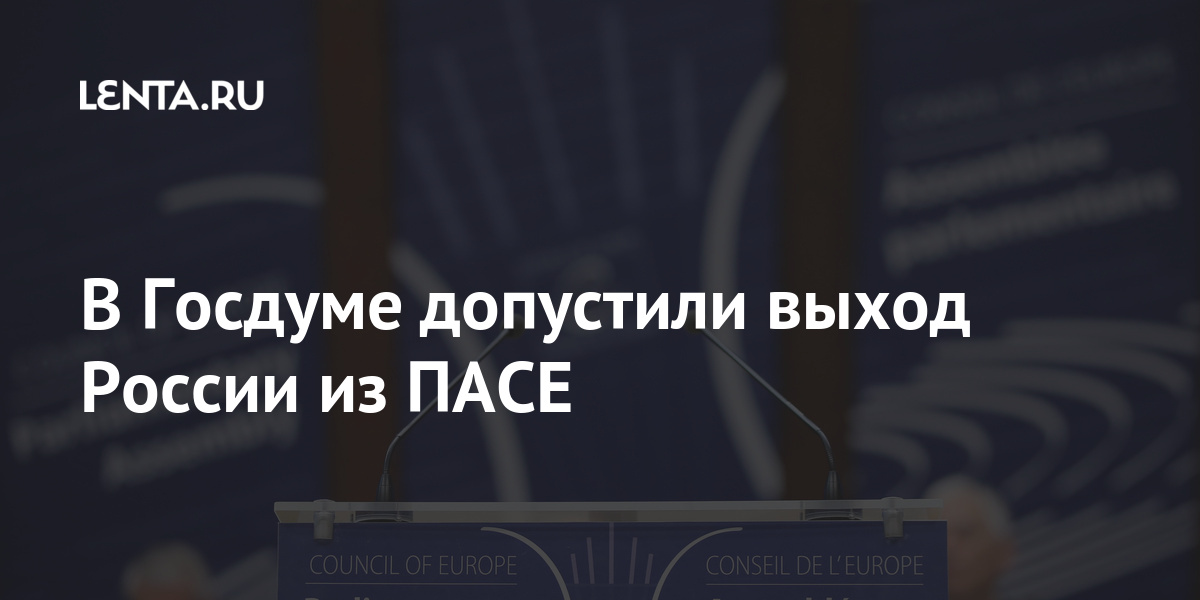 The head of the Duma Committee on International Affairs Leonid Slutsky allowed Russia to leave the Parliamentary Assembly of the Council of Europe (PACE) on the air of the program “Soloviev. Live ”, reports RIA News…

Earlier, Chairman of the State Duma Viacheslav Volodin called for Ukraine to be expelled from the Council of Europe after a child died in Donbass. According to the politician, Ukrainian President Volodymyr Zelensky did not offer condolences to the relatives of the deceased child and did not promise to figure out what had happened.