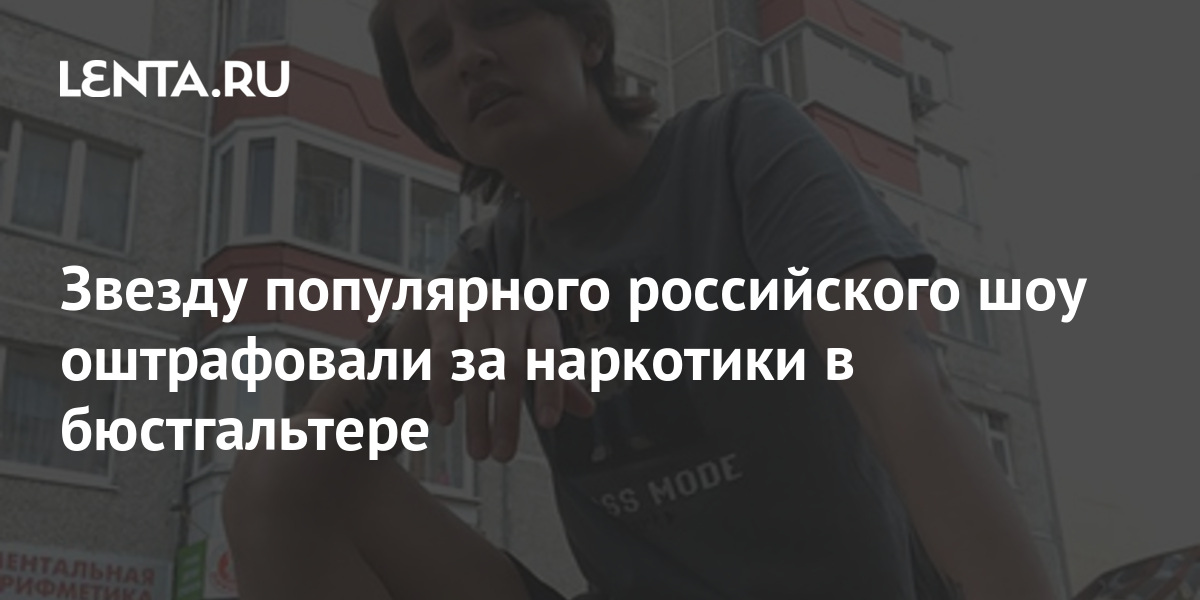 The Basmanny District Court of Moscow has closed the criminal case against the participant of the show “Boys” Diana Subbotina, reports Telegram-channel Baza.

The girl was detained in March near the Kursk railway station. Upon examination, the police found several bags with a suspicious substance on her, which later turned out to be a drug weighing just under one gram. She hid the prohibited substances under a hat and in a bra.

The court found that the star of the popular Russian television project had with her an insignificant weight of the prohibited substance, and had not previously been prosecuted. Therefore, the girl was fined 15 thousand rubles.

In May, information appeared that the star of the show “Boys” Ksenia Milas allegedly inflicted several wounds on another girl. The conflict took place at the house of DJ Yana Borodina. She invited three friends to visit her. During the party, the girls quarreled, and one of them – presumably Milas – stabbed Efimenko with a knife. She received injuries to her back and arms, which is why she is currently in the hospital.