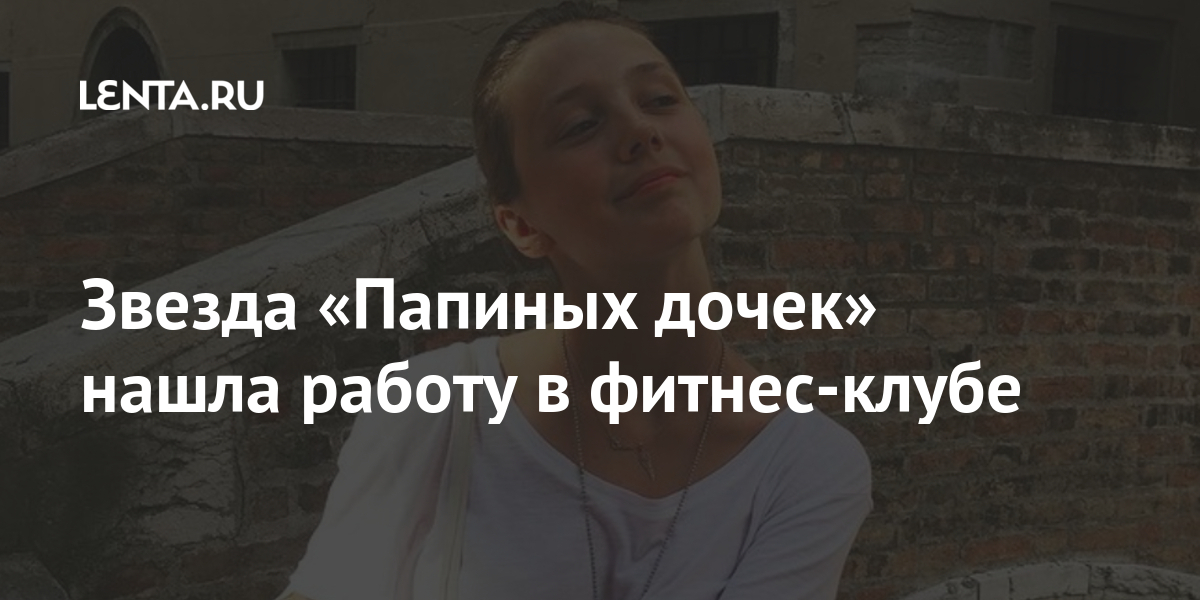 The star of the Russian TV series “Daddy’s Daughters” Yekaterina Starshova, who played the role of Pugovka, instead of an acting career, entered the Faculty of Fundamental Medicine of Moscow State University two years ago and found a job in a fitness club. Writes about this StarHit.

In the future, Starshova plans to work in a pharmacy, but for now she got a job in one of the capital’s fitness clubs as a stretching teacher. According to the 19-year-old girl, she wants to gain financial independence from her parents. “I could have gone to directing or acting, but in the end I decided that all this was not mine. You can play a movie without acting education, ”she explained her choice.

Starshova noted that she had long given up filming and social events. She devotes her time to her studies, work and her young man named Vasily, whom she met as a child in figure skating classes. “At some point we realized that it is interesting to spend time together not only on the ice. They began to meet more often, as a result, the friendly story grew into something more, ”the girl shared.

In 2020, another star of Daddy’s Daughters, Elizaveta Arzamasova, married figure skating coach Ilya Averbukh. The couple first spoke about their relationship in September, appearing on the show “Evening Urgant”. Averbukh said that he and Arzamasova did not want to advertise their relationship, but for the sake of the transfer they decided to make an exception.

Fan calculates the number of kills needed to complete GTA 5