The spirit of the rule of law 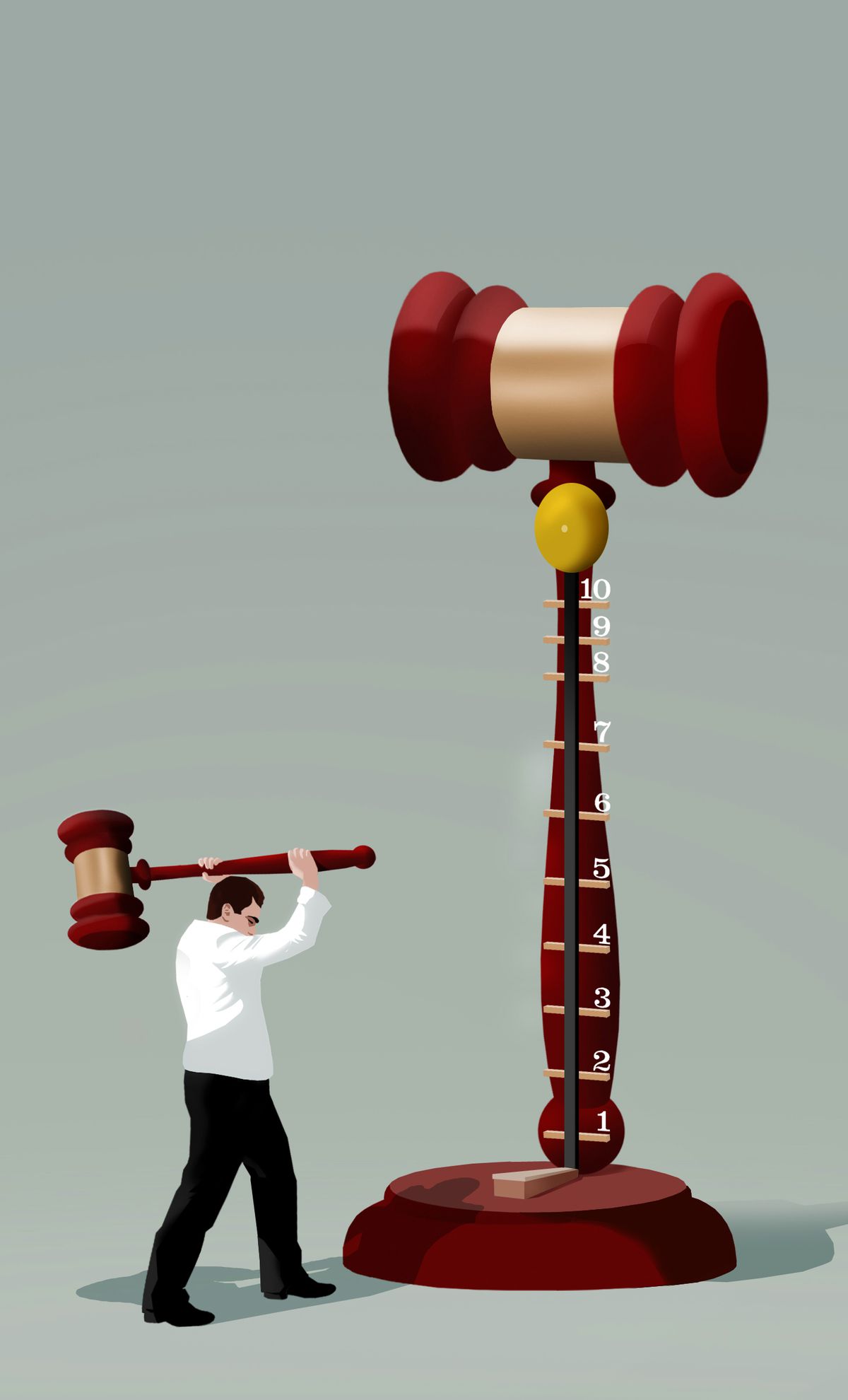 Convened by the World Jurist Association, a tribute to Ruth Bader Ginsburg, mythical judge of the US Supreme Court and a true global icon in the fight for gender equality, is being held today in Madrid. Representatives from various International Tribunals will debate, in a hardly unprecedented event, the present and the future of the rule of law. Witness and protagonist will be King Felipe VI, awarded by the aforementioned association, as well as Judge Ginsburg, with the World Prize for Peace and Freedom, which in his day they shared with Winston Churchill, René Cassin and Nelson Mandela. The monarch is a jurist by training, and will thus be able to converse with his international colleagues about what the Anglo-Saxons call rule of law and Latinos the rule of law. A question that has something to do with the recent pardons to the leaders of the Catalan independence movement, but also with some risky stupidities pronounced by political representatives of all stripes.

Among the latter stands out the comparison that Minister Ábalos made between Mandela and Oriol Junqueras, whom I am convinced that the legal community will never distinguish with an award similar to the one received by the WJA winners. Against those who believe that the phrase was a slip or, worse still, the fruit of ignorance, there are reasons to assure that it was an attempt to introduce the so-called Catalan conflict into the European and international imaginary. The visiting sorcerers of La Moncloa, and some other of its momentary tenants, have been searching for useful precedents to explain the Government’s decisions in Spain and beyond, not so much in the case of pardons as in the case of the vaunted dialogue table with the Generalitat. The Good Friday Agreement on Northern Ireland, the referendum agreed in Scotland, or the apartheid South African events are events that some members of the Socialist Party apparatus and the president’s image advisers evoke when inventing their strategies. The last to participate in this internationalization effort, with manifest recklessness, has been my friend António Guterres, Secretary General of the United Nations. While seeking a solution in dialogue with Morocco in the Sahara conflict, he slipped an inconvenient statement that has been interpreted as support for the La Moncloa dialogue table with the Govern. And since we are talking about the Sahara, many would have liked that the formulas that Sánchez uses to refer to the secessionist attempt by Catalonia could somewhat resemble the fiery defense that he made of the Spanish territorial unity in the face of the recent peaceful invasion of Ceuta, almost rejected. shouting “to me the Legion!”

The permanent obsession with the story, to which I have referred several times, is leading the Government to commit historical, legal and linguistic setbacks without count. When the president speaks of the constitutional spirit of concord and refers to the etymology of the word referring to the heart, he falls into the arms of a rather corny populism. Concordia is a purely Latin word and, since the Authorities Dictionary was written three centuries ago, it means unanimity, conformity or agreement. It has nothing to do with sentimental references to the cardiac viscera, relative to cordiality, but not to political pacts, nor to concordances of any gender, including grammatical ones, although their etymological origin is identical. In other words, dialogue is important as Guterres said, but only as a vehicle to reach agreements in whose application the rule of law cannot be violated. Neither in its letter nor in its spirit.

Constitutional harmony does not respond so much to a feeling as to a pact that establishes the rules of the game in coexistence. Democracy is a method that allows citizens to elect their rulers in secret and periodic elections and, above all, to decide how and when they can remove them. It also establishes the way that citizenship (We the People in the words of the American Constitution) can control the excesses, abuses and lies of power. The spirit of democratic constitutions to which our president appeals is none other than that already described by Montesquieu, precisely in his work Law spirit: the separation of the three basic powers of the State. To guarantee it, strong institutions are needed, but the Executive Branch frequently tries to avoid them. A frequent disease of new democracies is the reversal of the role of parliaments. Through a sclerotic and tribal party system and the misleading use of electoral laws, far from exercising these control of governments, it is the Executive in many cases that controls Parliament. The independence of the judiciary is therefore essential for the maintenance of democracy. As it is the last bulwark to which citizens can take refuge in the face of abuse of power, it usually tries to control it as well. In Spain we have a shocking example in the inability of the PSOE and the PP to renew the government of Justice and the Constitutional Court itself. Responsibilities affect both parties equally, since both seek to control and anticipate the decisions of the collegiate bodies. Far from contributing to the proper institutional functioning, which guarantees judicial independence, they try to designate through agreements that are sometimes unspeakable candidates identified with their ideological positions and, above all, they try to prevent the opposite from placing their own. This authentic clientelism is another form of political corruption.

The debates this week in Madrid will also focus on these issues and threats, which affect very different cultures, regimes and countries. It is about promoting and implementing the fight against the abuse of power, which is sometimes shielded by the non-observance of a basic moral principle of democracy: the end never justifies the means. Not even when the general will or public utility is exhibited as a pretext, or even if the goal pursued is appreciated as convenient or beneficial to the community. A democratic government is not such if it is willing to violate the rule of law. This is what the secessionists did and what they continually promise they will do again, even boldly asserting that democracy is above legal order. Pedro Sánchez himself defined it clearly in his book Resistance manual when he denounced that the peculiarity of the Catalan conflict “is that those who were in charge of the institutions were the ones who broke them.” In many countries this behavior is simply called treason. And he also openly defended the application of Article 155 of the Constitution “whose relevance,” he said, “is proven for the future because it has proven to be proportional to the scale of the challenge.” We hope that they will not deny their own words when it comes to establishing dialogue or demanding that those responsible for the disaster return the public money they stole to finance their ambition for power.

For the rest, in a posthumous book by Ruth Bader Ginsburg, written with her assistant and friend Amanda L. Tyler, professor of Law at Berkeley, and present today in Madrid at the tribute to her teacher, I have found two quotes that seem to illustrate better than nothing these reflections: “The Constitution promises everyone equal opportunities to aspire, achieve, participate and contribute to society based on their individual talents and capabilities.” But it should not be forgotten that “the arc of universal morality, although long, always ends up bending in the sense of justice.” Ruth Bader Ginsburg dixit.