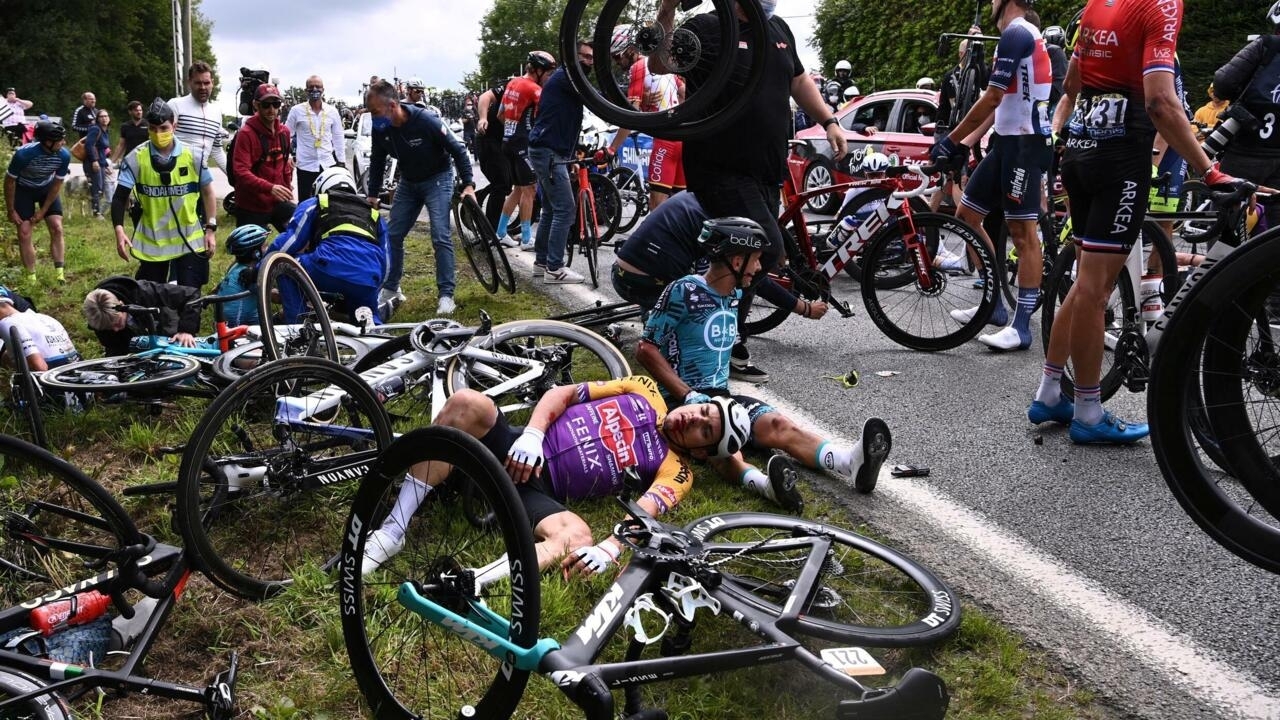 The woman who caused the fall of dozens of cyclists during the first stage of the Tour de France on June 26 was arrested and taken into police custody after the directors of the competition filed a complaint against the person responsible. The accident caused the withdrawal of German Jasha Sütterlin and injuries to several runners.

45 kilometers from the finish line of the first stage of the Tour de France, last Saturday June 26, a spectator waving a sign during the peloton caused a multiple fall after the German cyclist Tony Martin (Jumbo-Visma) will crash with the banner. Faced with the outrage, which aroused anger in the cycling world, the deputy director of the competition, Pierre-Yves Thouault, announced that he would file a complaint against the person responsible for the accident.

Four days later, on June 30, the French authorities identified and arrested the woman after the Gendarmerie of the Finisterre department opened an investigation for “involuntary injuries” and launched a search to lead to her whereabouts.

Dressed in a yellow raincoat, the spectator showed the cameras a cardboard banner that she took dangerously out onto the road as the platoon sped past. The result: Tony Martin went ashore and with him several cyclists who suffered injuries. Heavily affected, the German Jasha Sütterlin (DSM) had to withdraw from the competition.

According to radio ‘RTL’, the spectator will be brought to justice and is now preliminarily facing a fine of 1,500 euros, a penalty that could be extended if the German cyclist files a complaint for the damages suffered.

The 108th edition of the ‘Grande Boucle’ will be remembered for its bumpy start, which prompted the protest of cyclists on June 29 after another tumultuous route in which falls were the rule.