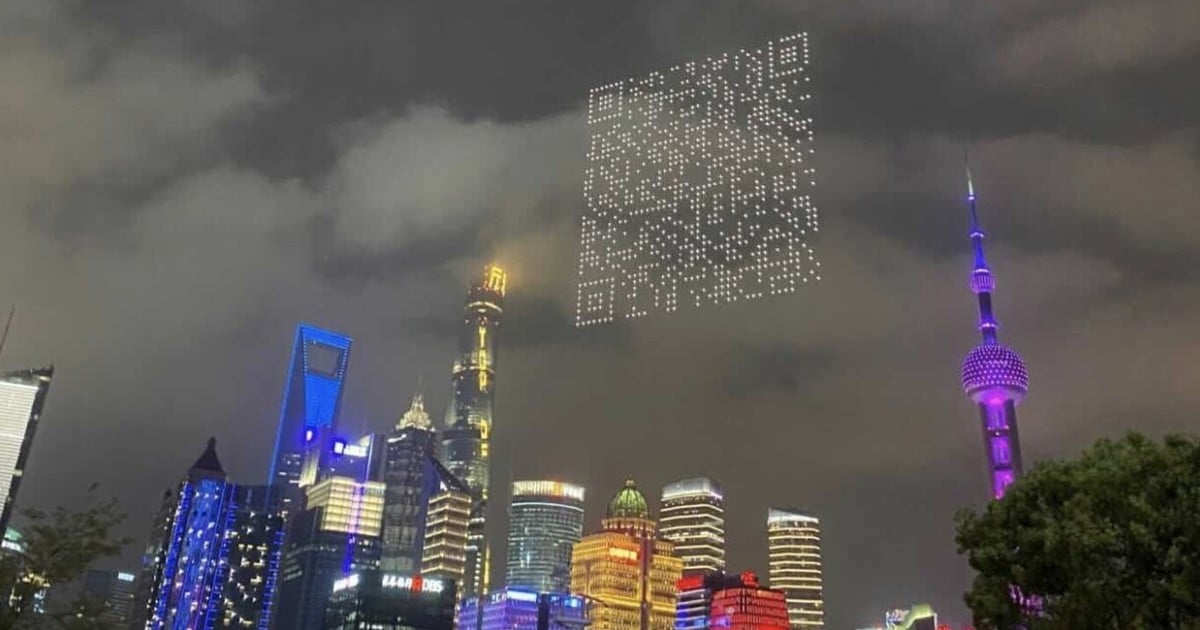 Two weeks after 3,281 drones flew over the night sky over Shanghai in a Hyundai publicity choreography, another groundbreaking show with these drones surprised the inhabitants again with the video game for mobile devices Princess Connect! Re: Dive.

Popular video hosting website Bilibili recently hosted a show with 1,500 drones above the sky with the aim of celebrating the first year of the publication of the app developed by Cygames.

Besides printing on the sky a gigantic QR code which gave access to the game’s download website, these aerial vehicles also drew the characters of this title in the sky and launched other promotional messages.

As seen in the promotional video, the drones carried out a series of choreographies to refer to the Japanese video game.

In the frame of a cell phone, characters from the game appeared fighting among themselves, as in the video game for cell phones. Text messages and the logo also appear. Princess Connect! Re: Dive, among other things.

However, the most curious thing about it was the end of the show: the drones formed a gigantic QR code so that the spectators could capture it with their mobile cameras.

A spectator of the Princess Connect show! Re: Dive download the game from the QR that the drones mounted in the sky of Shanghai. Photo: capture.

By registering with the camera the code that was exposed in the sky, a personalized link of the video game was opened so that viewers had more information and could download the video games directly, without having to enter the digital store.

Princess Connect! Re: Dive is an RPG style game starring heroines with anime aesthetics. The title was developed by the Japanese company Cygames and initially published for Android and iOS cell phones in early 2018. Two years later it was also published in the Chinese market.

The use of QR in China

The giant of the East and these types of digital codes, which are popularly linked to digital payments, have a long-standing relationship. Daniel Ahmad, technology analyst of the Chinese market, assured that the Bilibili company carried out a similar event last year in China when launching the video game.

Painted on a buildingOn that occasion, the QR code was alone and without any more clues, so that when it was scanned it would take it directly to the application store to download the video game.

A QR code painted on a building in Shanghai.

After pioneering the use of tools, China even adapted the technology to launch different types of services and connectivity methods for various activities, especially for pay with the cell phone.

They also applied it to certify the state of health or mass testing of entire locations in the Asian giant and they have even just launched their digital vaccination certificate against Covid-19.

Yayagram: the viral invention of a grandson so that his grandmother can send messages