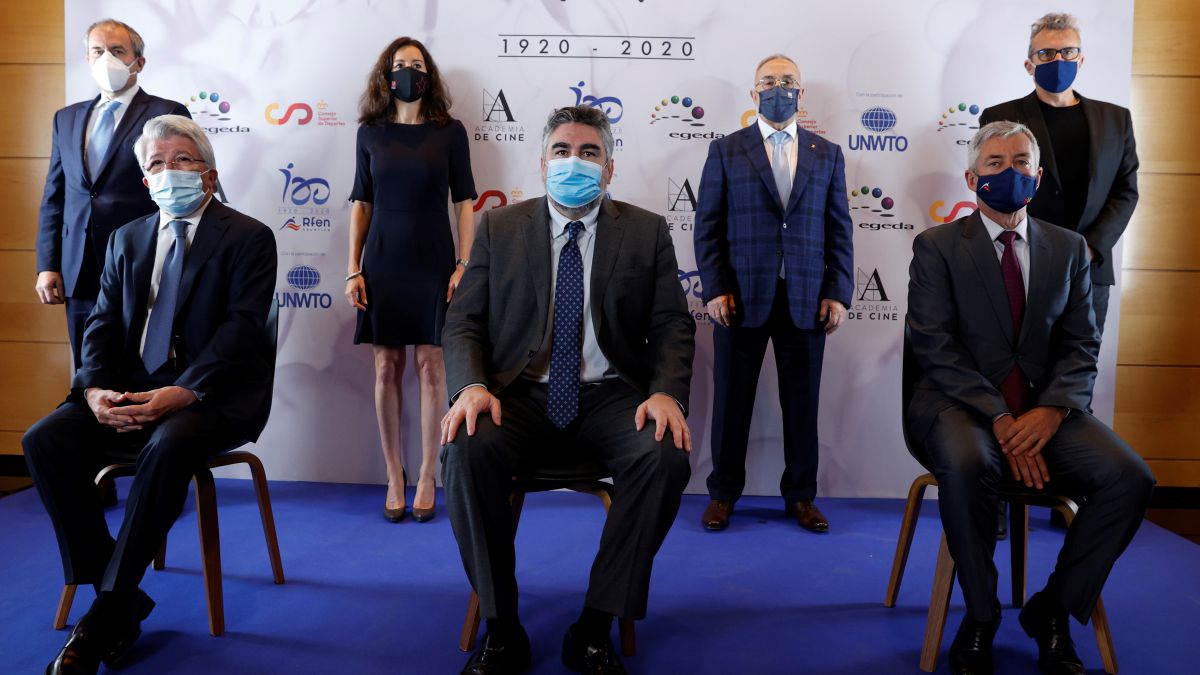 The Royal Spanish Swimming Federation (RFEN) He remembered his first centenary of life this Monday with the screening at the Madrid Film Academy of the documentary “100”, which reviews the great moments of the institution and the great achievements of its athletes.

The Minister of Culture and Sports, José Manuel Rodríguez Uribes, headed the institutional representation and valued “the hundred years of life and the century of work, good work and success” of the swimming federation.

“Its athletes have the virtues of effort, dedication, dedication and teamwork (…) and as a whole, Spanish swimming is an example of simplicity, success and courage. One hundred years later, what remains are the motivations and the great foundations of all that, which we rescued in a very hard year. 2020 has been a horrible year, with a pandemic that has caused us pain. Athletes serve as an illuminating light “, stated Rodríguez Uribes.

Under a limited capacity due to sanitary restrictions, the president of the Royal Spanish Swimming Federation, Fernando Carpena, praised the trajectory of the RFEN and water sportsmen and provided a hopeful future for the discipline under the pillars of innovation, digitization and sustainability.

The RFEN has made this 2021 the “year of celebration of its centenary”, as Carpena explained.

“A month before April 2020, the pandemic devastated the world and we had to change the focus. We seek to focus on the recovery of our memory to document the 100-year history. We made another book of 500 sheets and 2000 photographs and this documentary, called “100”, that collects our life and our successes. Thanks to images provided by TVE, we immortalize the successes of water sports, “he added.

Carpena valued the clubs that formed the amateur federation in april 1920, as a requirement to participate in the Antwerp Olympic Games, and which today support their sports fabric.

Since its inception, Spanish swimming “It has been represented in 20 Olympic Games, with 535 athletes, and has won 15 medals”, remarked the president of the COE, Alejandro Blanco.

Enrique Cerezo highlighted in his speech the path of the RFEN to become “a world reference” and insisted that the CEOE considers that “culture and sports are strategic sectors and exponents of the country brand, since they represent 6 percent of the Spanish GDP “.

The director of affiliated members of the World Tourism Organization, Ion Vilcu, agreed on that idea, who predicted that sport will be “a catalyst for tourism and an engine for the recovery of the economy after the shock, without precedent, that this pandemic has supposed “.

After the intervention of all of them, the commemorative documentary of the 100 years of history of the RFEN was screened. Olympic medalists Jennifer Pareja (water polo) and Gemma Mengual (synchronized swimming) were present at the event.

Xbox Game Studios would be working on four new IPs, including a Spinoff of an existing one

Cultural history of the parvenu: What Trump had in common with artists