The Spanish ham leg, Spinetta’s photo and the ’86 World Cup: behind the scenes of the summit between Alberto and Pedro Sánchez 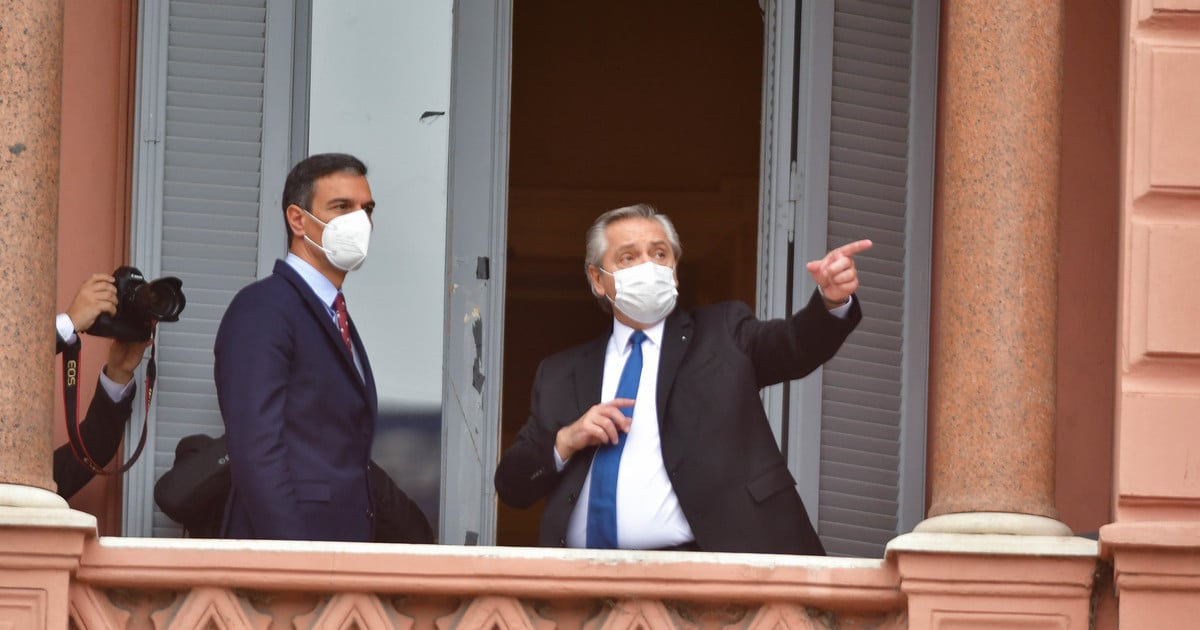 “He was five and a half hours at Casa Rosada, it must be a record for a head of state“. Exultant, when the President of the Government of Spain, Pedro Sánchez, retired along the esplanade of Avenida Rivadavia, the Government highlighted the balance of his visit and rescued, in addition to the resounding support that ratified the negotiations with the International Monetary Fund, the time he shared with Alberto Fernández in his fleeting passage through Argentina. “They are friends, but at this level there are no gestures with everyone,” they pointed out.

Since Sánchez arrived, minutes after 10:30, it was clear that neither of the two leaders would be too concerned about the protocol. Between the occasional greetings and a long talk they had alone in the presidential office, it took longer than expected the start of the binational business forum at the Bicentennial Museum. Even the Secretary of Communication and Press, Juan Pablo Biondi, had to go up to look for them, as a reminder.

Alberto F. received Sánchez with gifts: a glass box and an alpaca poncho. The visit did not come empty-handed either: a leg of ham and a book on the history of the Spanish guitar, the instrument that the President most enjoys playing.

Inside doors, among some political definitions that both would later publicly expose, there was room for détente. Alberto showed him photos he has with Néstor Kirchner, with former Uruguayan president José “Pepe” Mujica; and another postcard with Luis Alberto Spinetta served as a trigger for the Argentine president to tell his partner about the glory of Argentine rock who died in 2012.

Football was also present and not because of Lionel Messi: Alberto invited Sánchez to build a replica of the World Cup that Argentina won in 1986 and has in his office.

After the meeting with businessmen, they went up the presidential elevator in which Sánchez noticed especially when Alberto told him that the interior was made with material given by the Infanta Isabel of Spain in 1910, on the occasion of the Centennial.

A poster that describes the characteristics of the elevator shared by Alberto F. and Pedro Sánchez

In the bilateral session, again alone, Alberto F. joined the Secretary for Strategic Affairs, Gustavo Beliz, for a few minutes, and together with an advisor from Sánchez, they reviewed the agreements that minutes later, in the White Room, they would sign.

In the middle, before the joint conference and lunch in the Eva Perón Room, Fernández served as a tourist guide for Sánchez, who was especially interested in the paintings with Argentine heroes that are in the corridors of the Casa Rosada. There they stopped at the deed of General Martín Miguel de Güemes, one of Fernández’s favorites. The Spaniard asked to see the Patio de Palmeras and the President took advantage of the strong operation that Casa Militar had carried out to arrive on the way to the entrance to Balcarce 24 and show him the empty Plaza de Mayo.

Alberto Fernández and Pedro Sánchez, in the Patio de Palmeras of Casa Rosada.

At lunch, in the Eva Perón Room, on the Argentine side were the ministers Martín Guzmán (Economy) and Felipe Solá (Foreign Relations), the Deputy Chief of Cabinet, Cecilia Todesca; the off-road advisor, Cecilia Nicolini, and the ambassador in Madrid, Ricardo Alfonsín. Before a Spanish delegation similar in number, Alberto thanked Sánchez again for the “absolute and total” support to the negotiations with the IMF and the Paris Club “and entertained him with a national menu: meat patties cut with a knife, empty with rustic potatoes, paired with Malbec red wine, and for dessert a dulce de leche pancake.

“There was a spectacular climate, (Sánchez) played us great“One of those present summed up late in the afternoon, when the lament for Fernández’s furcio about the origin of Brazilians, Mexicans and Argentines began to grow. 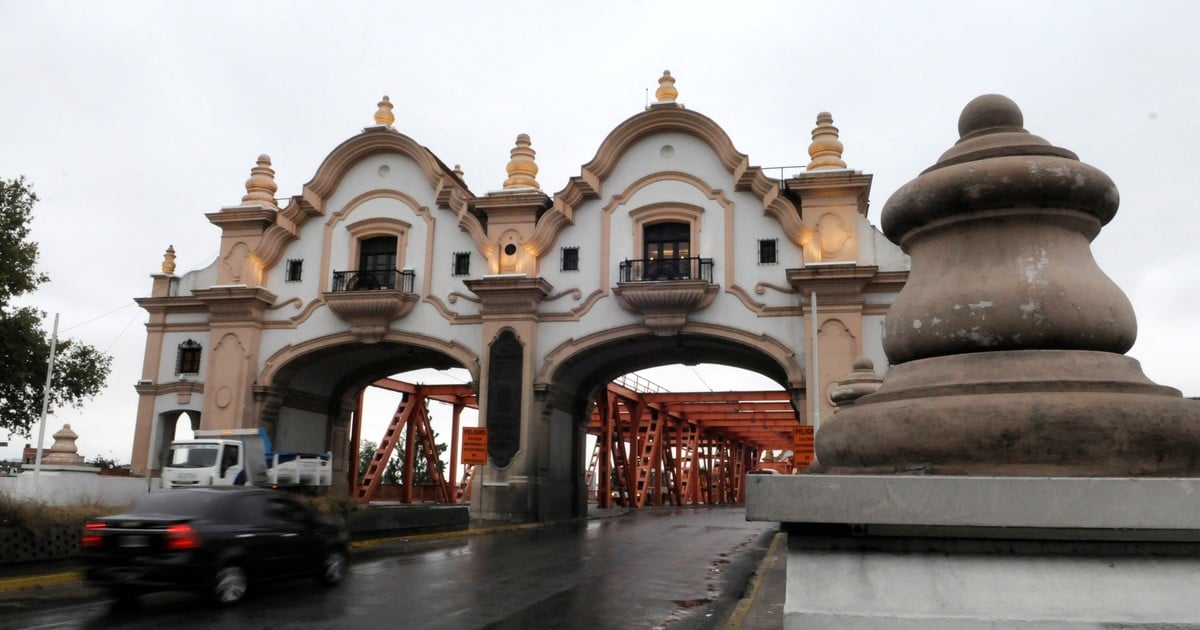