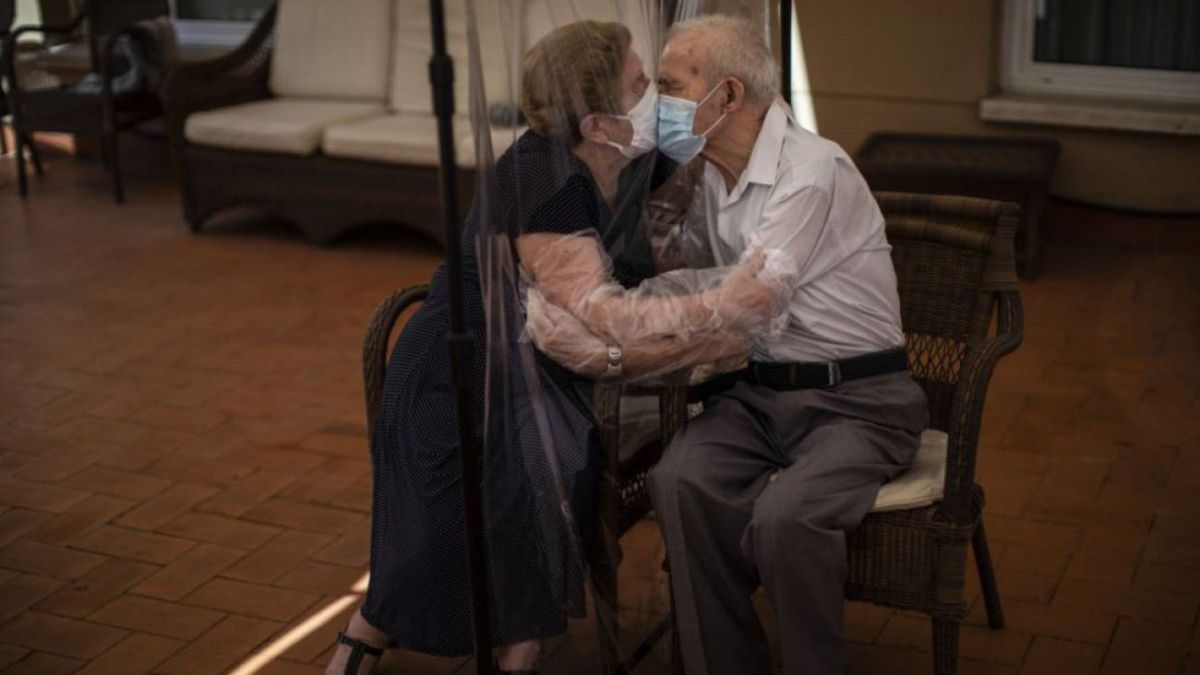 Morenatti, who works at the American agency Associated Press (AP), surpassed Tyler Hicks of the New York Times and the Getty Images team. The most prominent image in the ceremony was one in which the professional captured the kiss in a nursing home of an elderly couple through a plastic curtain, protected by masks and intertwining their gloved arms.

He is a photographer with remarkable recognition. A) Yes, in 2009 he won the Fotopress award after capturing gender violence in Pakistan. In addition, in 2012 one of his images achieved third place in the contemporary affairs category of the World Press Photo.

AP recently highlighted in an article Morenatti’s work, which he acknowledged never having felt “as vulnerable as during those first weeks covering the pandemic in Spain.”

“We had to improvise how to covered the story under conditions that demanded solutions to problems that we still did not fully understand, something that I already experienced when I was working in conflict zones “he added.