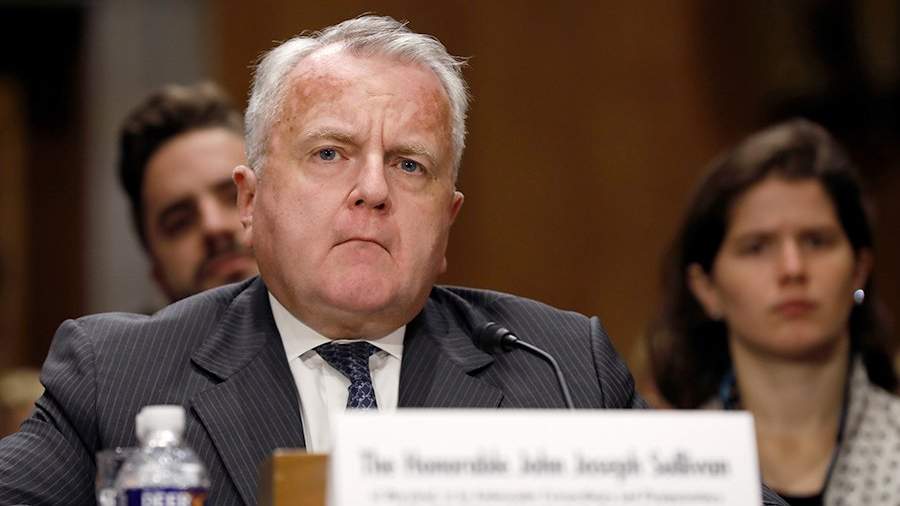 US Ambassador to Russia John Sullivan will travel to Washington this week for consultations with White House officials, and then will return to Moscow “in the coming weeks”. This was announced on Monday, April 19, portal Axios with reference to the official representative of the State Department.

According to the portal’s interlocutor, the head of the American diplomatic mission in Russia will return this week to the United States to “meet with his family and representatives of the new administration, with whom he had no opportunity to consult since he agreed to continue to remain in office for an indefinite term “.

The spokesman for the State Department added that Sullivan “will return to Moscow in the coming weeks.”

The US Foreign Ministry has not yet officially commented on the possible departure of the ambassador to Washington for consultations.

Earlier on Tuesday, news portal Axios, citing sources, reported Sullivan’s opposing plans. According to the newspaper, the American ambassador refuses to leave Russia after the Kremlin’s recommendations to “return home” in connection with the new sanctions imposed by the administration of US President Joe Biden.

Assistant to the President of Russia Yuri Ushakov held a joint meeting with the American diplomat, as a result of which he invited Sullivan to return to Washington for consultations.

The day before, on April 19, the official representative of the Russian Foreign Ministry, Maria Zakharova, said that Russia’s proposal to send the American ambassador to Moscow, John Sullivan, for consultations is still relevant.

The US announced the introduction of new anti-Russian sanctions on April 15. 32 legal entities and individuals from Russia fell under the restrictions. As stated in the administration of the American president, the restrictions affected those who were allegedly caught in attempts to influence the US presidential elections in 2020, as well as in “other acts of disinformation and interference.”

The best way to eliminate cholesterol