The sour taste in the mouth was deadly 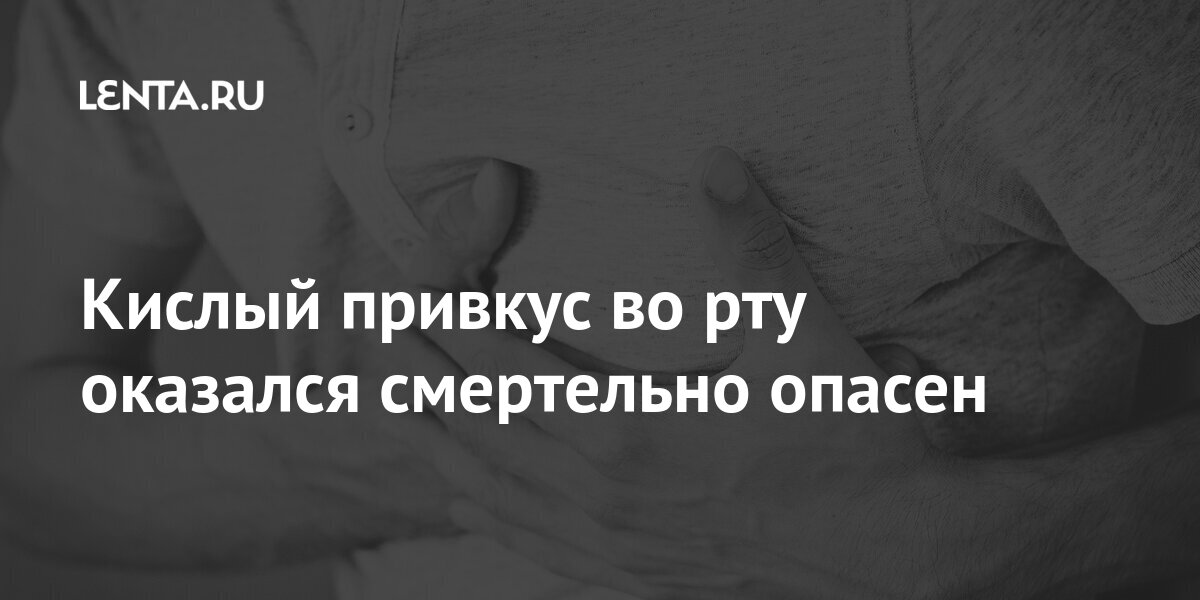 The sour taste in the mouth turned out to be a harbinger of a heart attack, writes Express, citing data from British doctors. The content of the article publishes RIA News…

Indigestion without belching and heartburn, nausea or vomiting may indicate this ailment. In addition, you should pay attention to sweating for no apparent reason, insomnia and fatigue.

Experts clarify that symptoms can persist for several days or come on suddenly. You also need to pay attention to them and immediately seek medical advice, doctors advise.

It has previously been reported that chest pain or pressure is the most common indication of a heart attack, but other unexpected signs of myocardial infarction may also occur. Professor Adam Taylor of Lancaster University noted that plaque on teeth, which looks like a sticky film, should be of concern. The scientist explained that the plaque actively develops “bad” bacteria, which can enter the bloodstream, cause inflammation of blood vessels and cause a heart attack.