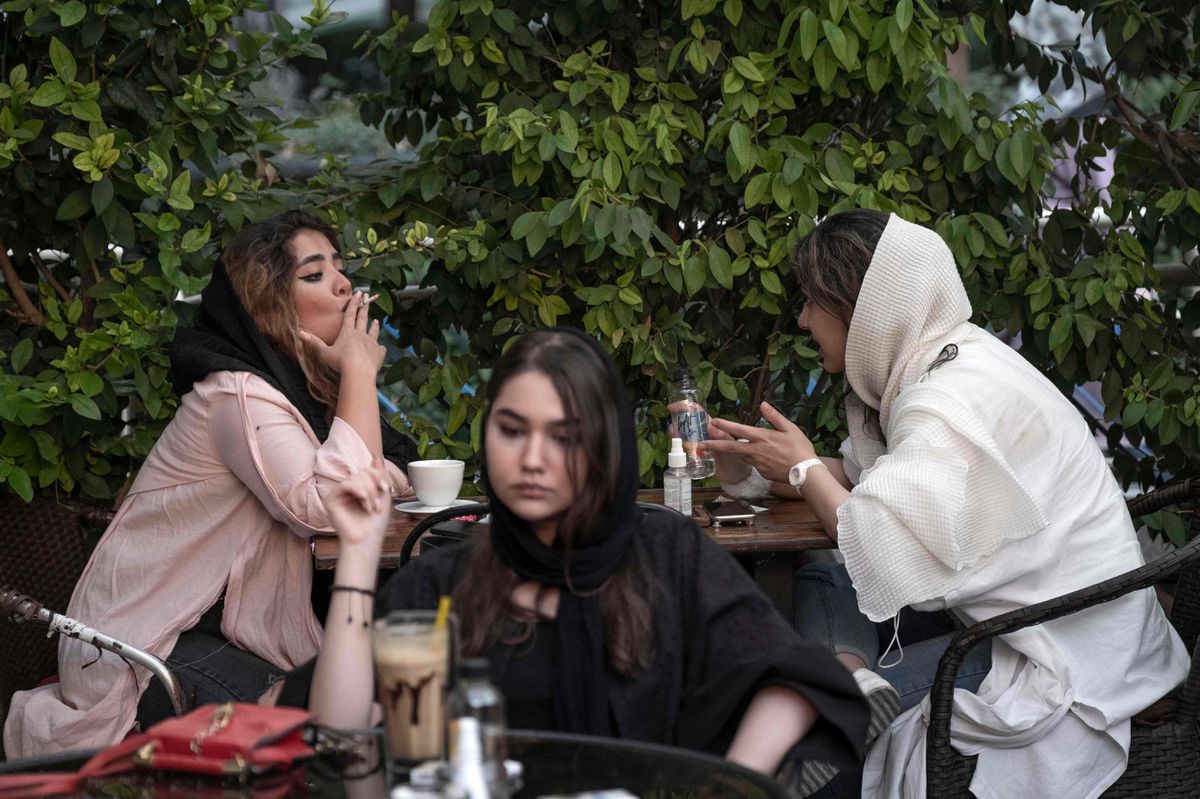 Born around the 1979 revolution, they grew up in the difficult times of the war with Iraq and entered adulthood amid the enthusiasm of the arrival of a president who promised to reform the austere theocratic system and expand personal freedoms. Then, the closing of the ranks of the regime drowned their hopes, they participated in the largest social mobilization since the founding of the Islamic Republic and paid for their daring with jail, exile or political silence. Today, many have thrown in the towel disappointed with the ruling elites’ unwillingness to regenerate, corruption, and economic decline.

Farzaneh sees her life as a roller coaster. She was one of those young women who were going to eat if not the world, at least her country. The two terms of the reformist Mohammad Khatami (1997-2005) had given them wings and they saw freedom at their fingertips. Then the fundamentalist Mahmoud Ahmadinejad (2005-2013) arrived and the floodgates were closed. She participated in protests against her re-election in 2009, convinced that there was cheating. Until they became violent and she chose to withdraw to her family and her work.

Today, about to turn 40, this administrative, married and childless, remembers those days with nostalgia. “Then we had meeting places, where we shared the illusions of change. Now there is not even that possibility: the economic situation is so pressing that we do not have time or desire for more ”, she admits, disappointed not only with him. Government of Hasan Rohaní but with the system. It is the general state of what was baptized as Generation J (after the two supreme leaders they have known, Khomeini and Khameneí), those born between 1975 and 1989.

The same feeling of frustration expresses Humam, a small businessman who runs three men’s clothing stores in the Andiseh Mall, in the Tehran neighborhood of Seyed Khandan. “Yes, unfortunately, I am a child of the revolution,” he admits. At 42 he knows that if he compares himself with others he is not so bad, but he expected more from his life and from his country. “I started as an apprentice in the Grand Bazaar 22 years ago and everything is the result of my work, no one has helped me,” he stresses.

“Those of us who were born with the revolution have seen war and then all kinds of crises year after year. Of course we are disappointed “

“Those of us who were born with the revolution have seen war and then all kinds of crises year after year. Of course we are disappointed, but what can we do? Go on strike? Manifest us? So that they put us in jail? If you’re lucky, maybe it’s just a fine and then back to work. It’s no use ”, he confides, after listing the growing economic difficulties he faces. “Part of the current problem is because of Trump’s sanctions and his maximum pressure policy. Not everything is the fault of they”, He adds in reference to the regime that he accuses of mismanagement and lack of attention to the needs of citizens.

Following the abandonment of the nuclear deal by the US in 2018, foreign investment disappeared and gross domestic product plummeted. The pandemic has exacerbated the crisis. Inflation, which Rohaní managed to reduce to single digits, has skyrocketed (around 50%, according to official figures). The dollar and euro trade at prices that make it impossible for an increasingly impoverished middle class to travel abroad, increasing their sense of isolation. Unemployment, especially among the young, is a time bomb.

In fact, there have been recent protests, in 2017 and 2019, that were harshly repressed. But unlike the social and freedom mobilizations of a decade earlier, the latter have been of an economic nature and have started from the most disadvantaged. Farzaneh regrets that the middle class, which includes himself, has not been able to connect with that part of society. “They exploded without us knowing about it,” he says.

Parvin (assumed name) is 34 years old and was a calf when Khatami ruled. But the climate of openness also marked his formation. “Between the ages of 14 and 19 I collaborated with an NGO on the environment that was founded by several schools, public and private, and which was also mixed,” he says before highlighting the novelty of this data in a country where education it is still segregated. Later, the government changed and “everything became very limited.” The NGOs closed one after the other and she decided to concentrate on her marketing studies at the university.

Others couldn’t handle the pressure. Journalist Omid Memarian did not even wait for Ahmadinejad to assume the presidency to leave Iran. The feminist Masih Alinejad left the country in 2007 in the face of increasing official harassment and today she fights against the mandatory nature of the veil and the democratization of her country from the United States. Two years later, the repression of the protests unleashed a stampede. Ebrahim Sharifí fled to Turkey after being raped in prison. Human rights activist and poet Asieh Amini took refuge in Norway. Lawyer Mohammad Mostafaei also chose exile after having dared to defend a woman sentenced to death by stoning.

Now there are also many Iranians who dream of emigrating. “There is no future here. Right now I have a good job, but I think of my son, “says Maryam, 34, the mother of a 12-year-old boy.” It doesn’t matter if one president comes out, the system does not change. All economic and power sources are controlled by them ”, she assures worried that the deterioration in the standard of living will soon be joined by a new cut in freedoms.

Parvin disagrees. “Our history has always been like this: fight and fight until we find an open door. Yes, I have many friends who want to leave, who cannot take it here anymore, but it is my country and I am optimistic about the future ”, he defends. She is convinced that with the nuclear agreement the situation will improve, there will be more work and money: “This is what happened in 2015 when it was signed, I experienced it in my work.”

In his opinion, freedoms are unlikely to be restricted. “Once something is given it is very difficult to take it away. 15 or 20 years ago, my older sister couldn’t go to a coffee shop with her boyfriend. Now if I say that to my 14-year-old niece, she ignores me. Society is more advanced than the system, ”he explains. He admits, however, that it is possible that the country closes itself more on itself “with more internet filters and less information.”