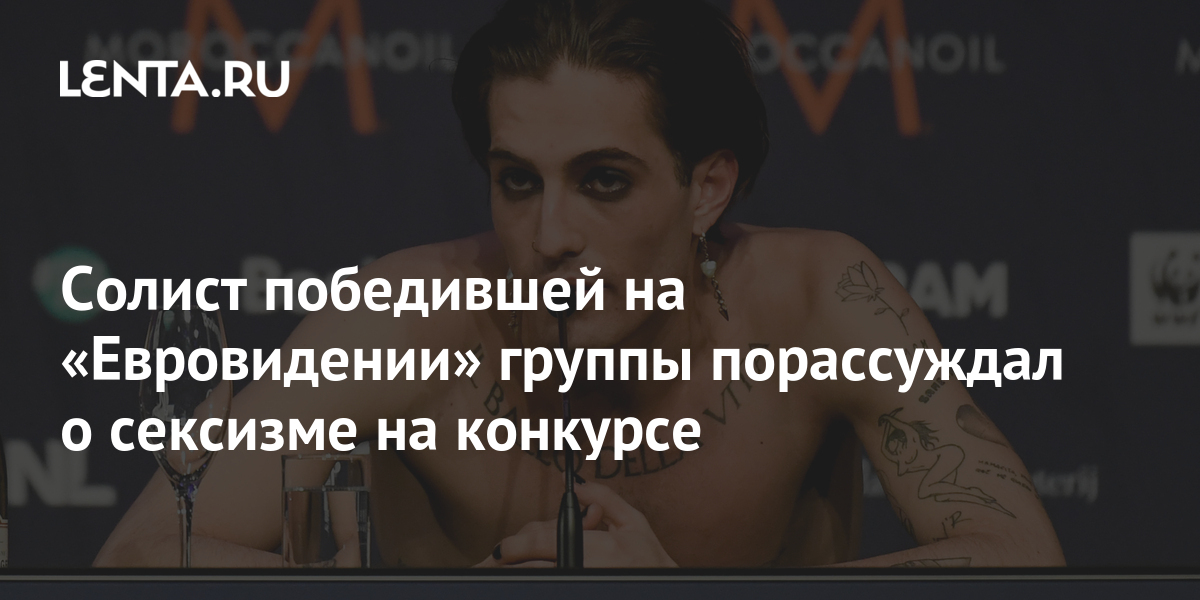 The soloist of the Italian group Måneskin, which won the Eurovision Song Contest, speculated about sexism at the competition. It is reported by Vanity Fair.

Italians on fire, a dancing finger and a strong Manizha: how Eurovision 2021 ended

Rock, chanson or Manizha: who will win one of the most scandalous Eurovisions in history?

Singer Emma, ​​who previously represented Italy at the festival, said that at one time she was severely criticized for short shorts, while David Damiano appeared on stage with a naked torso and in heels.

“If I have a lot of sex, I’m considered cool, and Vic (Måneskin bassist Victoria De Angelis – approx. “Lenta.ru”) Is a whore. If I show my strength, then I am the leader, and Vic is a tyrannical upstart who is successful only because of her sexuality. As a man, I have privileges. The persecution that I face is not comparable to what women go through. Comments about my image are focused only around my image and do not affect professionalism and my competence, while women systematically fall prey to this approach, ”Damiano said.

Måneskin won the Eurovision Song Contest with the song Zitti e buoni (Quiet and Peaceful), gaining 524 points. In second place was France, represented by artist Barbara Pravy with the song Voilà, with 499 points. Russia, from which Manizha performed with the song Russian Woman, scored 204 points.