The ‘Snowpiecer’ of the Super League 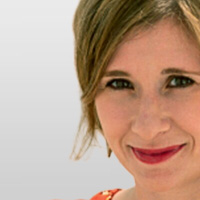 A few years ago an Algerian asked me about the city ‘Celtic from Vigo‘. The man was convinced that in Rías Baixas There was a city with the name of a soccer team and that the people of Vigo were actually Celtadevigueses. He had heard of (Celta de) Vigo because Celta had come from playing the Champions. To play the Champions League and to go down to second immediately afterwards. In both cases, the merit was behind the final result. And we fans live months of pure emotion, torn from everyday life, disguised as revelation and failure, pain and glory, putting our name in the atlas of half the world.

That meritocracy is what would be lost with the Super league. A closed league, with closed access, can only lead to closed emotions. And yes, it is raised with five guests each year for sporting merits, but they are invited to a dinner in which the same thing is always served and the guests are invariable. The five extras are reminiscent of those quirky guests the hosts would bring home at ‘The Idiots’ Dinner’ to hang out. If a Celta de Vigo on duty in a European competition can’t throw you in, where’s the excitement? The Super League becomes a round trip, on the circular metro line.

Modern football is a true reflection of the modern world, a profoundly unequal society in which power concentrates more and more power and where as a spectator you establish a more clientelistic than passionate relationship with things. It is also thanks to institutions or footballers who today criticize the Super League, but who set world championships in countries that violate human rights, or collect checks signed by sheikhs. We are not going to stop consuming football for this reason, we are sure that we adapt quickly to the new format, but in some fans of modest teams, when our team’s league game ends, there is an increasing disconnection during the rest of the week . Every time we feel the football from above more distant and less affective. It seems that we traveled in the caboose of the train from the movie ‘Snowpiecer’. We look at the same landscape as those of the Super League, but with a much worse seat.

Miguel Otero, president of El Nacional de Venezuela: the millionaire ruling of Chavismo against the newspaper is an 'expropriation'