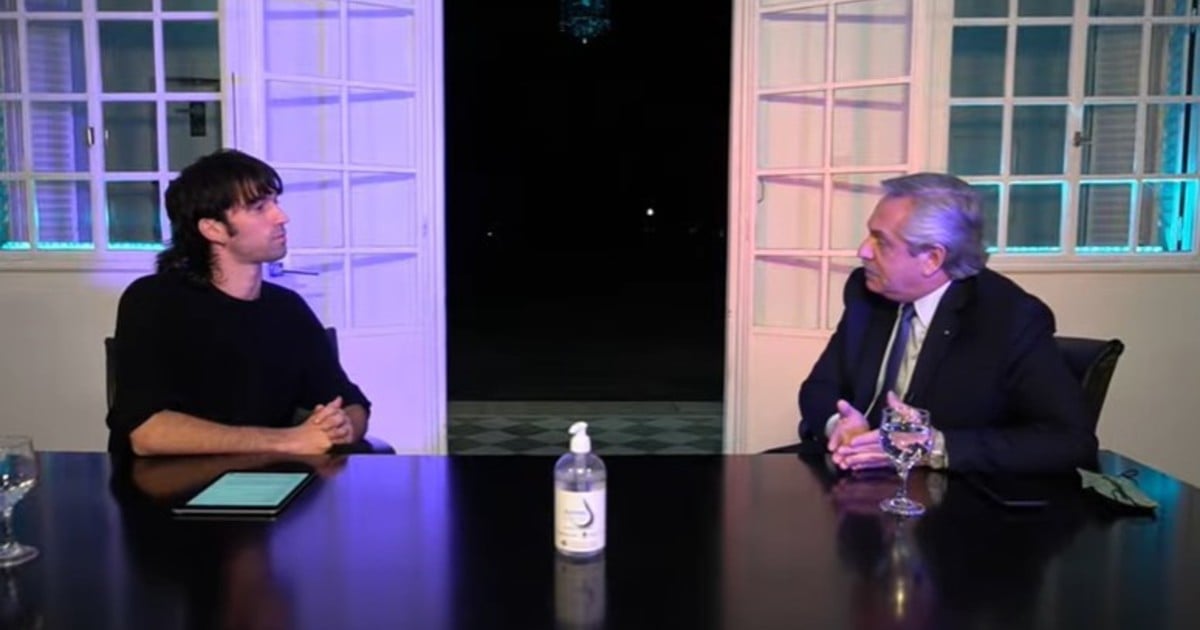 “We prepare and educate our children to emigrate. One has already done it, the smaller one is a little more attached but it will”. The cold, hard, rational reflection is of a marriage that does not have financial problems but observes that Argentina does not show expectations for their children to stay. In the end, they too emigrated. It is not just a photo of the Alberto Fernández government. It happened with Mauricio Macri and also with Néstor and Cristina Kirchner, originating in the 2001 crisis.

But unlike in 2001, when many emigrated due to lack of employment and poverty levels – in addition to the usual insecurity and inflation – in these times they add a new factor: the satiety.

Hence, the phenomenon that is occurring is a sector that migrates but with greater economic consistency, that is, with some level of investment to undertake. The most immediate examples are seen in the number of restaurants that Argentines open around the world.

“The Exodus that unfortunately there has been in Argentina in the last year and a half has never been seen in our history. All the people who can undertake have decided to take their lives to another place because they feel that this model of abuse, of no rules, puts their children at risk for a future “Macri assured from Spain. Paradoxically, that country has been the main destination chosen by Argentines who emigrated recently. What Macri does not say is that the failure of his management he is jointly responsible for the departure of the young people.

Quickly from the Government they came out to deny the former president. They released a graph showing that 26 million people left the country in 2018 and 2019; and barely 700,000 did so between 2020 and 2021. A half denial because it is obvious that in a pandemic the number of people who traveled was much less. Y the key data is how many people went to live in another country, which is nowhere to be found. Anyway the numbers are anecdotal. The problem is in the political leadershipIt is neither ideological nor partisan.

According to different studies carried out in people up to 35 years old, between 7 and 8 out of 10 young people He would leave if he could access a job and have the documentation to reside. They are many.

The one who also referred to the exodus, before Macri, was the chief of staff Santiago Cafiero. In a meeting with the youth, he stated that “Argentina is not that shitty country that they want to portray us”, perhaps pointing to the opposition and the media, as it usually happens when no one wants to carry a problem to which they have inevitably contributed.

But the official, Alberto Fernández’s right-hand man, had to admit that emigration is occurring beyond a concern for the quantitative but rather for the qualitative: professionals, entrepreneurs that if the country had economic stability, certainty and a clear expectation, they would surely swell the segment of SMEs. “The destination for our youth cannot be Ezeiza”, He said. That is to say that for many, today it is.

In that same meeting of the Multisectoral Youth Council, the Buenos Aires cabinet chief Carlos Bianco tried a rare way to encourage young people not to leave. “There is a part of the political opposition that is not even pushing a question of hatred among Argentines, but it seems to me that it took a leap that not even fascism, Nazism or any European autocracy dared to do so, which is to hate the country”, He said. A vindication of Bianco towards Nazism and fascism considering them less bad than Together for Change. Not a single idea seems to have the official of the atrocities, the Holocaust or the millions of victims of fascism. Bianco didn’t even apologize.

The Casa Rosada knows that young people are one of the worst hit sectors and that they have been left out of the priorities. They were not reached either by social plans, or by the extra assistance that the State provided in the pandemic.

It is no coincidence that this week the Government – through the Minister of Production, Matías Kulfas, and of Labor, Claudio Moroni – announced an employment plan aimed at benefiting some 30 thousand young people between 18 and 24 years old. The incentive for SMEs and companies is that for one year the State would take care of 70% of the salary and there will be a reduction in employer contributions for that period.

In order to Gustavo Lazzari, economist and SME entrepreneur, “these plans, well-intentioned by the way, must be accompanied by a law that stops and inhibits pernicious interpretations in the labor courts, which are the cemeteries of the companies even in cases protected by specific plans of this type ”. Remember that in Argentina “private employment has not been created since 2012 and it is not generated not by lack of employment plans but by systemic problems such as tax and regulatory pressure and the trial industry.”

It happens that beyond the incentives, after the year these employees go to the plant. And the main business complaint, in addition to a tax reform, is that the labor laws inhibit even a small business to take an employee for the compensation cost and the disadvantages that it implies in the future. Hence the growth of informality.

Everything seems little to reverse an economic crisis with 45% poor, annual inflation greater than 40% and an economy that, due to current policies, does not encourage investment or job creation. Without even taking into account other societal concerns such as insecurity, cross-cutting levels of corruption and the pandemic.

It seems little before a universe of more than 10 million young people up to 29 years old, a third of the electoral roll, who do not envision a clear horizon but rather clouds due to the blindness of politics who do not understand that without expectations, nobody sees a future in Argentina.

Brothers Augusto and Mateo Salvatto, two young twenty-somethings -one is a specialist in robotics and the other a political scientist- who stand out for their optimism about Argentina, have just released the book “The battle of the future. Something to believe in”, which reflects the benefits of the technology industry for the country. “Argentina is not unfeasible. Make it unfeasible and thanks to that we are in a very complex situation as a country “, assures Augusto. “When a society does not have that something to believe in, and does not think that in the future it can be better, stagnates“, adds Mateo. The book is a necessary dose of optimism.

But the collective claim requires more doses. Or does anyone believe that the celebrations on Saturday night throughout the country for the long-awaited trophy for the national team, in this case the Copa América, were only a football expression and not the reaction of a society that emerged for a moment from the frustration that successive governments have built?