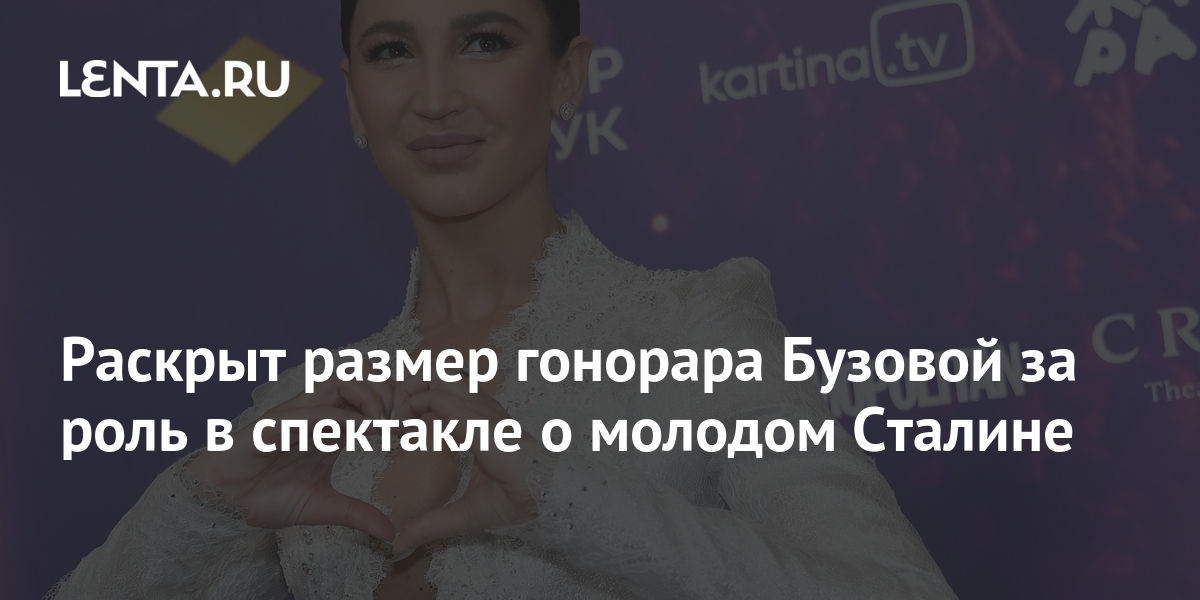 Russian TV presenter Olga Buzova will play in the play “The Wonderful Georgian” about the young Joseph Stalin and will receive almost half a million rubles for this role. The size of the star’s fee is disclosed in the contract published on portal government procurement.

According to the above agreement, the total amount of Buzova’s remuneration will be 446,810 rubles. Of these, she will receive 212,766 rubles for the rehearsal period and 234,044 rubles for performing on stage. The contract assumes that the TV presenter will play in the play twice and will receive 117 thousand rubles for each exit.

The fact that Buzova will appear on the stage of the Gorky Moscow Art Theater became known on June 6. The artist announced on social networks that in the new production she will “play and sing”. In turn, the artistic director of the Moscow Art Theater named after Gorky, Eduard Boyakov, said that in the play the presenter will play “practically herself.” “She is a phenomenon that lives on during Instagram, in an era when you can become a star without having special competencies,” he explained.