The singer Vicente Fernández is in intensive care in Jalisco, Mexico, and is fed by a tube 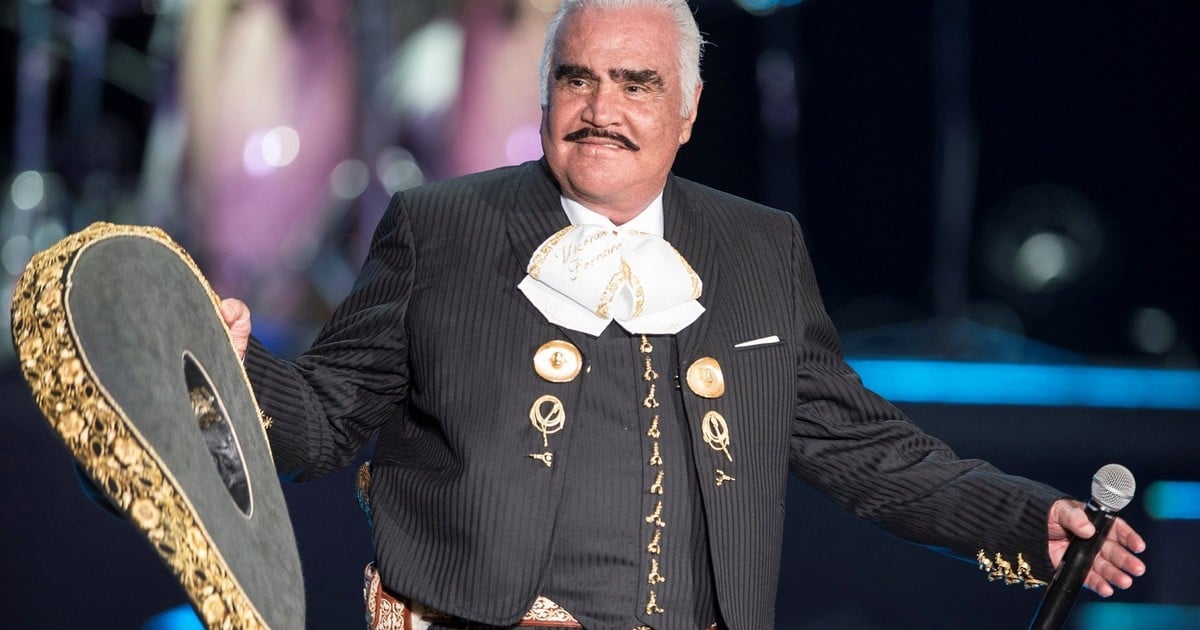 The singer Vicente Fernandez, 81, remains in intensive therapy and is fed by a probe, while showing slight progress in his physical rehabilitation 24 days after being hospitalized in Jalisco, western Mexico, his doctors reported yesterday, Monday.

“It remains very stable. Friday night derived from the aftermath of his illness, the inability to swallow effectively and due to the time of evolution, feeding tube placement was necessary”, Explained the intensivist Arturo Gómez in a press conference.

The “minimally invasive” procedure in which a tube was placed directly on the singer’s stomach “was carried out without eventualities” and to this day he is fed this way, he added.

The interpreter arrived about three weeks ago at a private hospital in Guadalajara after suffering a fall that caused a blow to the neck close to the skull, injuring the spinal cord and leaving it without movement of the arms and legs.

The singer had to undergo emergency surgery that caused respiratory deterioration and therefore they hooked him up to artificial respiration and, consequently, he was completely sedated to facilitate his recovery.

Vicente Fernández was hospitalized 3 weeks ago after a fall that caused a blow to his neck. Instagram photo.

Ten days ago, the family confirmed that Fernández suffers from Guillain-Barré syndrome, a condition in which the immune system attacks the nerves and can lead to paralysis, something that has nothing to do with the fall, according to relatives.

The doctor Arturo Gómez affirmed that the singer has been awake and nods with his head and eyes and maintains his rehabilitation therapy to reactivate the movement of his arms and legs.

He explained that Fernández does not have cardiovascular problems or infections typical of his condition and that the assisted respiration he has received is decreasing because he begins to breathe on his own.

The director of the hospital, Ever Rodríguez, denied that the security of the place had been violated after the media reported last week that a man had circumvented the security device until he reached Fernández’s room to give him an alternative remedy.

“It did not happen that way. Our security measures with all patients are adequate, they are correct, “he said.

The medical team together with the Fernández family determined that they will no longer give face-to-face medical reports to the media, but that the advances in the singer’s health will be disseminated every three or four days through an official statement.

Before his arrival at the hospital in early August, the singer had been hospitalized for a strong urinary infection. Throughout his life, Fernández has overcome various diseases, such as prostate cancer in 2002, the removal of a tumor in the liver in 2012, a year later a thrombosis that made him lose his voice and surgery to remove abdominal hernias in 2015. Source: EFE