The series of The Silver Case it can be easily defined as one of the most important steps in the entire career of Goichi Suda. Not only because the first episode was made by the newborn team of Grasshopper Manufacture, the company that the Japanese developer founded in 1998, but also but also for the importance with which these productions have characterized the genre of visual novel. It has now been several years since their original release and, nowadays, the nicknamed Suda51 is one of the most recognizable figures in the entire Japanese gaming industry. The success it has generated in the public has generated a good amount of fans, but it did not stop there. His style inclined to the nosense and, at the same time, his fascination for death and the human soul, have made it possible to create special experiences. For these reasons we are today in the review with the Switch version of The Silver Case 2425, that is, a collection that includes the first The Silver Case and his retinue called The 25th Ward: The Silver Case.

This type of production is designed for a very specific audience. The player is faced with experiences mainly narrative, where the reading of multiple lines of text is the main host. However, there are more interactive elements in both products included in the collection, specific actions to be performed or puzzles to solve. However, there are some real surprises, managing to leave the user speechless both for the idea and for the absurdity of the situation.

At the same time, NIS America has operated a complete one English localization, although in the first episode he does not prove extremely accessible due to little used words in common jargon. We believe this last choice is very important, and it proves great lexical maturity. The different characters that animate the two products also offer built and varied character facets, demonstrating a complexity of writing that is still rare today. We also note that in the game it is also present bad language: for this reason, and for the various topics covered, we do not recommend its use by an underage or more susceptible public.

The Silver Case originally released in 1999 as an exclusive to the very first PlayStation, eventually being remastered in 2016 for PC and the following year even for the fourth home console from Sony. This Nintendo Switch edition presents itself identical to the last two mentioned, thus presenting the same experience that Western users have been enjoying for some time. We are thus in a visual novel divided mainly in two campaigns, which tell the stories of a special agent of the twenty-fourth division, and the journey of the journalist Tokio Morishima dealing with particular murderous causes apparently connected to a famous serial killer. We will not proceed with further details for spoiler reasons.

The screenplay written over twenty years by Goichi Suda, Masahi Ooka and Sako Kato it is the real beating heart of the experience, with the curiosity that manages to spring up in the player. It even has its own uniqueness with the way it is told, a real one style experiment that tries to make the player’s mind travel in every single aspect. A study of the user that is somehow taken and taken on a path that, although less interactive than a thousand other products in the sector, remains easily imprinted in the mind.

However, there is no lack of playful experience in both games of The Silver Case 2425 which, as we have seen in this review, in the first is mainly divided intoexploration of the environments and some environmental enigma. The first part turns out to be quite basic, in which with a first-person view we move within three-dimensional settings with preset movements. This part may seem confusing at first, but it takes a little practice to get used to. In this section there are still some collectibles, even if it may seem that they are too simple to find. Instead, the puzzles definitely turn out the most complex part of the whole game: the idea is in fact to make the player discover the solution very often, although in this remastering their difficulty has been lowered. In fact, in addition to a complete rewrite of the script dedicated to them, there is even a button that automatically solves in case you get stuck. In part we understand this choice, where maybe someone just wants to live the story, yet at the same time we risk losing an important part of the whole experience offered in the package.

In any case, working on the review of The Silver Case 2425 we noticed how the port of this first chapter was managed decently. We have not encountered any kind of bugs or FPS drops in both home and portable mode. In short, the work done by the development team is certainly good, although there are some glitches that cause the entire product to unexpectedly close. The hope is for an update to fix these small errors.

The 25th Ward: The Silver Case has more particular origins than its prequel. Released between 2005 and 2007 as an episodic title for Japanese mobiles, Suda51 has decided to make one real remake in 2018 to bring its darkest product back to light. In this case we are always and in any case in a visual novel strongly focused on its narrative sector and its script. Divided into three main campaigns, right now it is possible to notice here a certain evolution in the style that Suda51 has imprinted in the entire direction of the product. In fact, albeit delving further into the human soul and the relationship itself with the essence of life, situations are present even more unpredictable and crazy. The result is a very successful mix of absurdity and seriousness, although somehow the latter is slightly weaker than the first episode. The shorter dialogues themselves demonstrate how the experience was initially designed for a more casual audience. However, it should not be underestimated on the contrary, because it still offers themes and events that are the envy of many other productions in this category. At the same time, the writing turns out to be somewhat less cumbersome than The Silver Case, thus allowing greater accessibility to its events, even if linked to those of the first episode.

One thing we noticed in our review of The Silver Case 2425 it is the particular import of the controls of its entourage. In fact, in this remake the development team has tried to offer the idea of ​​how the product was originally played, thus offering menus that look like they came out of a mobile title from the 00s. further uniqueness to the product, although some might point to the whole experience as uncomfortable and unnecessarily complicated. For the rest we are again in playful sections in which it is required to walk within specific 3D areas, with obviously the usual first-person view. This general recycling of ideas loses that feeling of experimentation of the original, but offers a fascinating one stylistic coherence. Even just the fact that the curator of the drawings and the soundtrack are the same in both games, respectively Takashi Miyamoto and Masafumi Takada, offers that extra detail that shows the tremendous commitment put into both products. As for the Switch port of the remake, even here we are in a good job that manages to carry the entire experience on the hybrid from Nintendo without bugs or FPS drops. 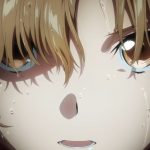 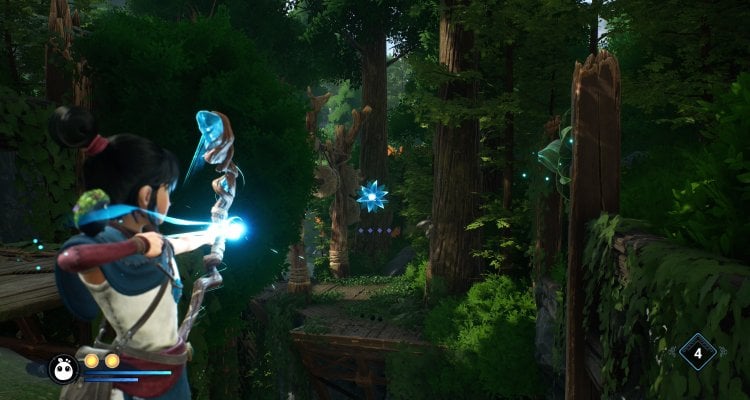 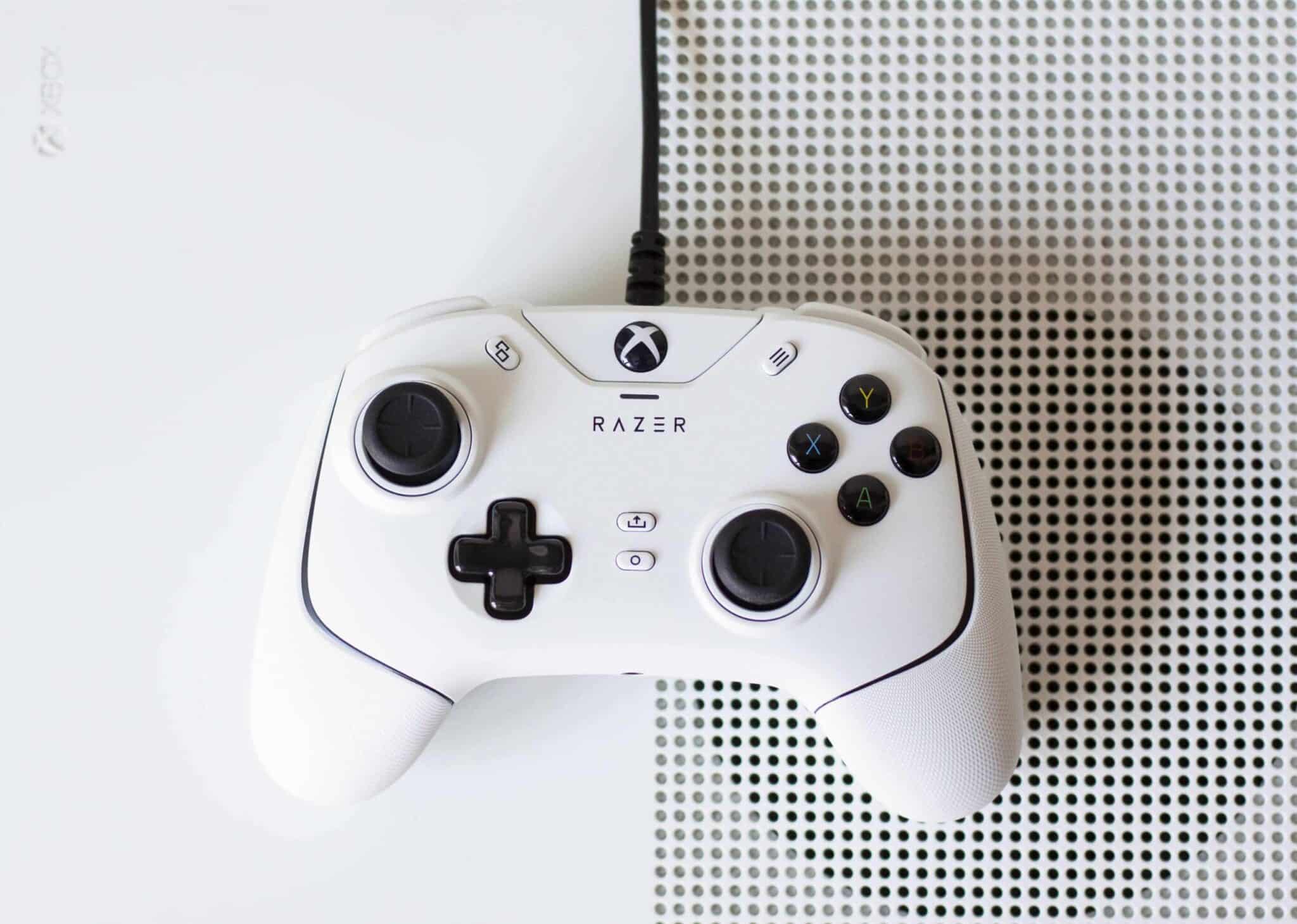 “Goodbye my dear friend! You don’t know how much we will miss you”: the champion had to say goodbye to his beloved puppy forever