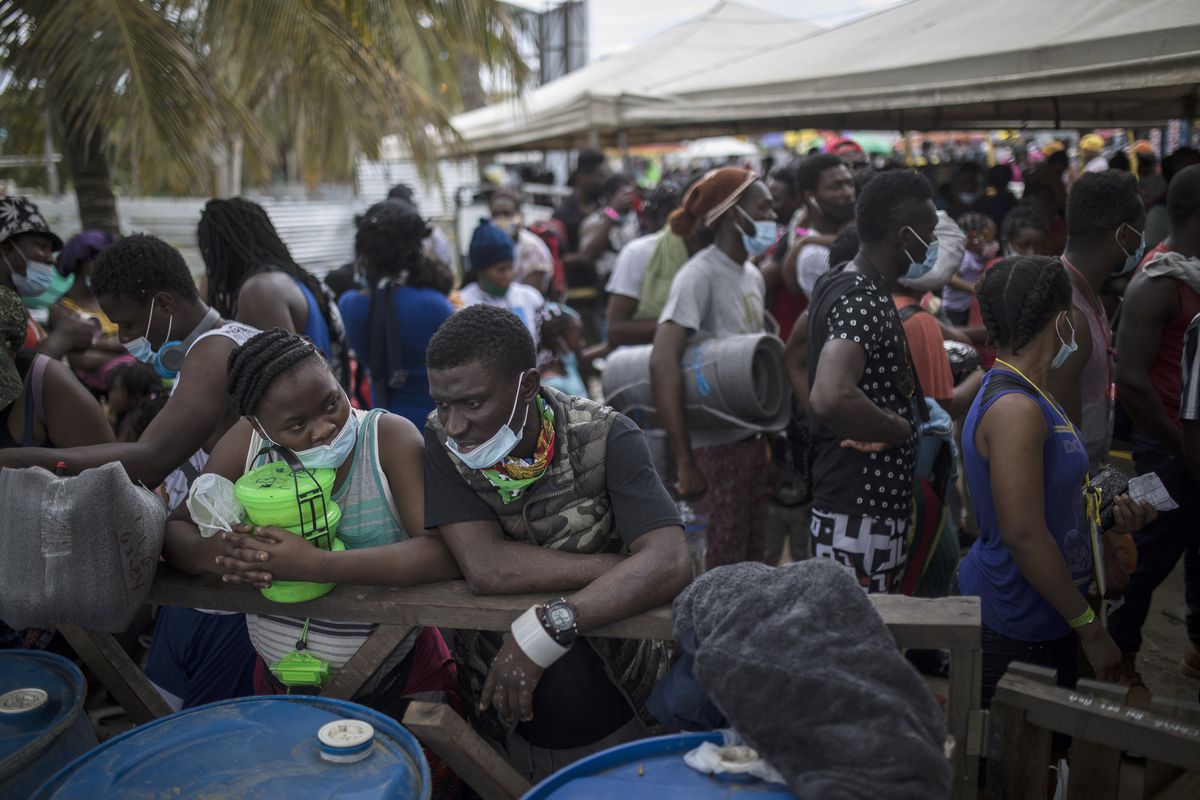 Haitian migration to Latin America has been widely documented for the last decade, but a new and dangerous focus point is growing on the jungle border between Colombia and Panama. Thousands of migrants are currently stuck in the Colombian municipality of Necoclí, creating a bottleneck at the Darién Gap. If they make it through the dense jungle, their journey continues through Central America towards the north, with the United States as the desired destination. As for so many others, Mexico has become a host nation for the Haitian exodus as they attempt to cross the border into the United States. It is a crisis with unprecedented numbers, as Haiti remains mired in instability after the assassination of President Jovenel Moïse.

Although the number of Haitians on the Colombia-Panama border pales in comparison to the Venezuelan diaspora, there is a constant flow of tens of thousands of irregular migrants. Both Colombia and Panama are transit countries, according to the authorities. These migrants come mainly from Brazil and Chile, where they first fled after Haiti’s devastating 2010 earthquake, and then make their way through the Darién, one the most dangerous jungles in the world, accompanied by a smaller number of Cubans, Asians and Africans.

Migration Colombia, a government body, insists that this is not a new phenomenon but a historical flow that has previously peaked at more than 35,000 people per year. However, the agency recognizes the “alarming” current numbers, which far exceed those records. So far this year, Panamanian authorities have registered 46,000 people crossing the border, with 18,000 in July alone. More than 20,000 were recorded as being Haitian, followed by 8,000 Cubans in distant second place. The true proportion is actually higher: 1,500 Brazilian citizens and nearly 3,000 Chileans are listed in the records as children of Haitians born in those countries after their families had already fled. The dense Panamanian jungle has a dry season, from October to March, and is rainy the rest of the year. Migrants usually cross the Darién in the dry season to avoid dangers such as swollen rivers and muddy terrain, explains Santiago Paz of the International Organization for Migration (IOM) in Panama. “This year, even in this rainy season, the migration flows continue to increase,” he warns.

Although instability is recurrent in Haiti, the poorest country in the Western Hemisphere, the initial exodus had a clear trigger: the devastating earthquake of January 12, 2010. Since then, many Haitians have migrated to South America, mainly to Brazil. At that time, construction workers were in demand to build the infrastructure for the 2014 World Cup and the 2016 Olympic Games in Rio de Janeiro. They arrived in the giant South American country mainly through Acre and Amazonas states, in the north of the country. As of August 2020, there were more than 143,000 Haitians in Brazil, with a strong presence in São Paulo and Rio Grande do Sul, on the border with Argentina. Most obtained permanent residency for humanitarian reasons and Haitians became one of the largest immigrant and refugee communities until they were overtaken by Venezuelans in 2018. The pandemic sharply reduced this flow of Haitian migrants. With no job opportunities and the economy at a standstill, many tried to move to other countries, while the number of requests for residency and asylum fell, according to data from the Immigration Department of the Brazilian Ministry of Justice. In 2020, 6,613 applications for refugee status were registered, down 40% from the previous year.

Another key destination was Chile due to its dynamic economy, at least in macroeconomic terms. Over the last decade, however, Haitians who emigrated there have also begun to leave for the north. Although there is no official data, Carlos Figueroa of the Jesuit Migrant Service (SJM) confirms this anecdotal exodus. “We have been talking to organizations in Chile and elsewhere in Latin America. Reports from the government of Panama indicate that 76% of the Haitian population arriving in that country comes from Chile. It’s a fact, ”said Figueroa, who works to promote the dignity and rights of migrants and refugees.

This is a trend that has been noticed in the Haitian community itself. Jean-Claude Pierre-Paul, a Haitian social worker who arrived in Chile in 2008, before the mass entry of migrants began in 2014-2015, says: “Haitians direct themselves to the border of Mexico and the United States. They travel through Chile, Peru, Brazil, Colombia, Panama, Guatemala and Honduras until they reach Mexico, ”he adds. A human rights activist and member of the Haiti-Chile Reflection Space, Pierre-Paul criticized Chile’s slow-moving migration agencies, where a four-year wait for permanent residency is not uncommon. “In Chile, no other state institution takes so long to respond to an application,” he says.

According to official data, there are more than 1.4 million foreigners living in Chile. The Haitian community represents 12.5% ​​of them, in third place after Venezuelans (30.7%) and Peruvians (16.3%). According to the Jesuit Migrant Service, more Haitians left Chile than entered in 2019, 2020 and in the first four months of 2021, reversing a trend that began in 2010.

Sociologist María Emilia Tijoux, an academic at the University of Chile, says that for many years Chile was attractive to foreigners, but currently “there are people who are leaving, because the country makes them afraid,” referring to interviews she has conducted and information obtained from the Haitian community itself. For Tijoux, “Chilean society, in general, considers migrants negatively,” and “the Haitian community has been especially affected and subjected to mistreatment and abuse of all kinds.” Those who stay, she says, “know that they must put up with a nationalist and racist way of being.”

According to Figueroa of the Jesuit Migrant Service, the factors that have hindered Haitian inclusion in Chilean society include discrimination, offers of more precarious work than to other nationalities and problems in regularizing their papers, because the government asks for a criminal record document that is especially difficult for Haitians to obtain.

The new migratory flow to the north also seems to be driven by friends and relatives extolling the benefits of living in the US or Canada. What goes unsaid is the enormous risk of the journey. In addition to thousands of kilometers of road, the journey could involve encounters with armed groups, human traffickers and days walking in a humid jungle plagued by wild animals and insects. The IOM is preparing a regional campaign in Creole, “parle verité” (speak the truth), with testimonies warning of the dangers they could face.

Given the increasing difficulties of reaching the United States, Mexico is becoming a new place of refuge. According to statistics from Mexico’s Refugee Aid Commission (Comar), 13,253 Haitians had requested asylum by the end of July. In addition, more than 1,700 people registered in the statistics as Chileans and 1,000 noted as Brazilians are the children of Haitians born in those two countries. “We think that by the end of the year we are going to have striking numbers of Haitians,” Andrés Ramírez, the head of Comar, tells EL PAÍS. “I would have thought that with the assassination of President Moïse there was going to be a significant outflow of Haitians. But the people who continue to arrive in Mexico do not come from Haiti. They were in Chile or Brazil, ”he says. “With the income from several years of living and working in these countries, they have more possibilities to leave and head north at a time when the Brazilian economy and the situation in Chile have worsened.”

In 2019, Mexico went from being almost exclusively a transit country for migrants to the US to also becoming a host country. This year, Mexican authorities expect the unprecedented figure of 100,000 asylum applications will be exceeded, a fact Ramírez blames on Washington’s stricter migration policies in recent years and the support networks established for migrants in Mexico. Haitians are the second nationality of origin of seeking protection, second only to Hondurans.

Mexico became a destination country for Haitians from 2017 onwards. In late 2016, Washington lifted a deportation waiver for Haitian migrants put in place after the 2010 earthquake, meaning those arriving without justification could be deported. Many were stranded on Mexico’s northern border, especially in Tijuana, where over the years a large Haitian community has settled to work in nearby factories. But this year, Comar is detecting the unprecedented arrival of Haitians seeking refuge on the southern border, in Tapachula in Chiapas, Mexico’s poorest state. “The situation is very difficult because the shelters are either closed or are at low capacity and all of them are oversaturated,” explains Dana Graeber, head of the IOM mission in Mexico.

According to Graeber, many Haitians have family or friends already established in Mexico, although the United States remains the ultimate goal for most. The IOM began to detect an increase in the arrival of Haitians in May, when “fewer restrictions at the borders coincided with a slightly more positive attitude [towards migrants] due to the arrival of the Biden administration, ”Graeber said. Meanwhile, the situation in the countries where they had been living in recent years is getting worse. 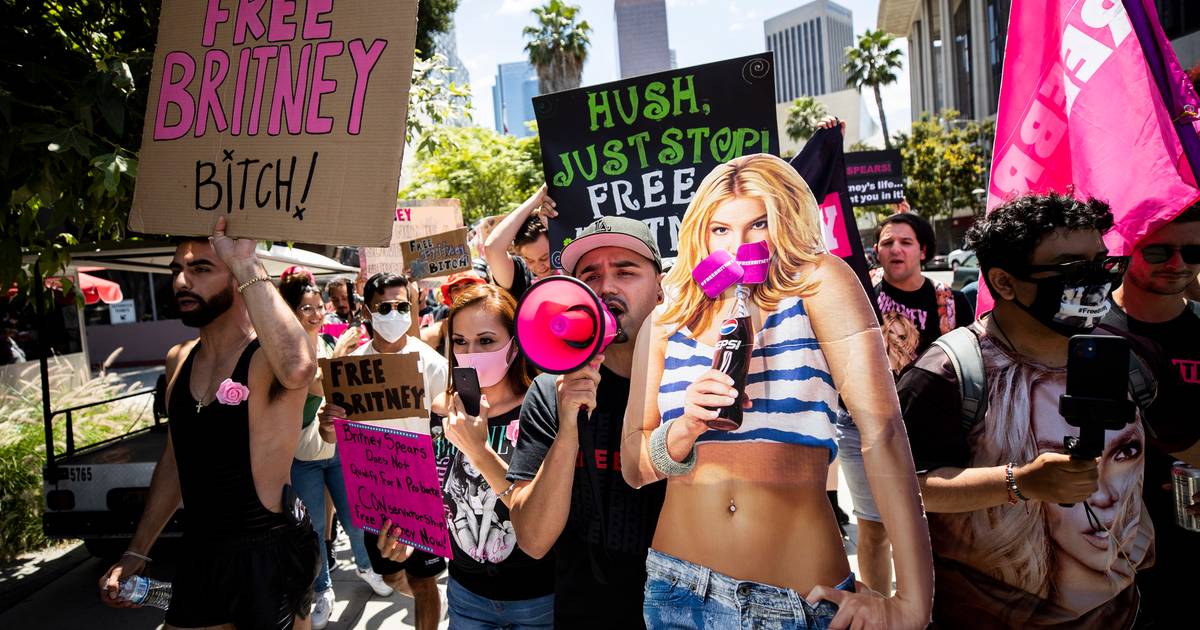