The shocking secret behind the hummingbird song 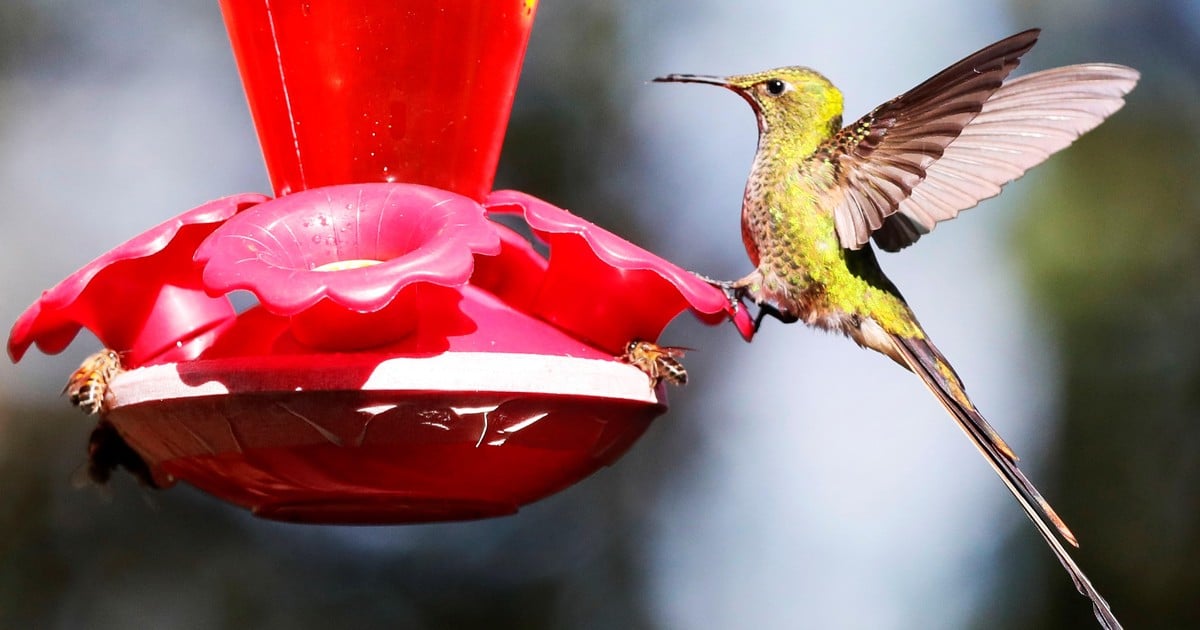 Beautiful for the different colors of their feathers, generally people stop only at the rapid movement of the wings of the hummingbirds. However, these birds they hide a great secret in their song.

What is it about? Ecuadorian scientists revealed that the so-called hummingbirds they can emit seduction melodies that only other specimens of the same species can hear, since they sing and listen in tones beyond the known range of other birds.

The investigation, published in recent days in the journal Science Advances, shows that the ballad emitted by the Chimborazo hummingbirds (Oreotrochilus Chimborazo) to seduce females sung at about 13.4 kilohertz, a tune considered “ultrasonic” for birds, which generally cannot hear above 9-10 kilohertz.

Among birds, until now, the ability to hear ultrasonic sounds had only been demonstrated in some species of owls. These, however, use it to locate prey, but not to communicate or mate.

Biologists studied other species of hummingbirds in South America that emit high-pitched sounds, but they failed difficult to confirm if those birds also hear the ultrasonic sounds.

The study step by step

For this new study, its authors climbed the Ecuadorian Andes to reach the moors and locate the breeding areas of the Chimborazo hummingbirds. There they recorded the males singing, then played their romantic melodies to test the reactions of other birds.

Other hummingbirds they stretched their necks and they turned to the loudspeaker where the songbird sounded while its high-pitched chirps sounded; a specimen also flew over the loudspeaker for inspection. In the laboratory, the scientists verified that the part of the brain who normally participates in auditory communication it had been activated.

The study on the singing of hummingbirds was done by Ecuadorian scientists. (Photo: EFE)

“We confirm that this melody has a social function”explained Fernanda Duque, a co-author of the study at Georgia State University, where she investigates the brains of hummingbirds.

Experts believe that their singing is like “a private channel of communication.” (Photo: AP)

Mammals generally hear a wider range of shades than birds. Humans can hear tones up to about 20 kilohertz, but they lose sensitivity to high-pitched sounds with age.

Researchers believe that birds may have evolved to sing in high tones and thus get your melodies of seduction don’t have to compete with background noises in your environment, like the wind, the streams or the singing of other birds.

“For some hummingbirds, it is like a private communication channel“Other bird species don’t use these high-frequency sounds,” said Timothy Wright, a behavioral ecologist at New Mexico State University.

With information from La Vanguardia

After Biden's “killer” scandal against Putin: mood at rock bottom