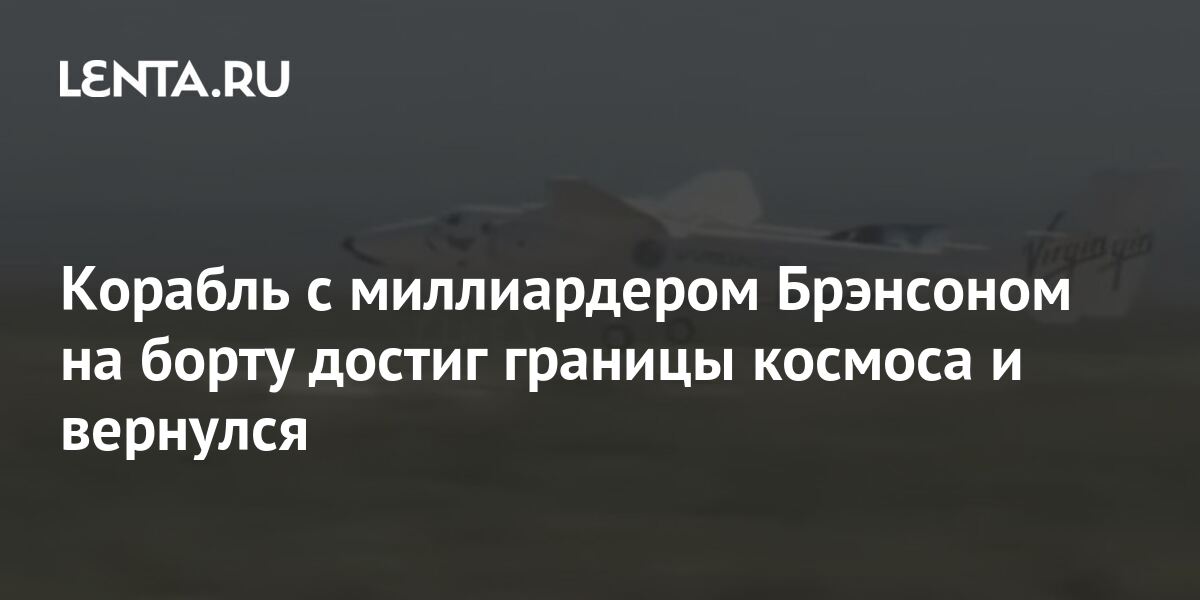 The VSS Unity spacecraft, with British billionaire Richard Branson on board, has reached the edge of space and returned to Earth. The flight is broadcast live on Youtube-channel organization.

Along with Branson, who will soon turn 71, there are five other people aboard his own Virgin Galactic suborbital vessel. In particular, these are pilots Dave McKay and Michael Masucci, Virgin Galactic Chief Astronaut-Instructor Beth Moses, Lead Operations Engineer Colin Bennett and Vice President of Government Relations Sirish Bundle.

As previously reported, the ship planned to overcome the 80 km mark. At this height, the crew members fall into zero gravity within a few minutes. After that, the pilots in manual mode had to brake and in glider mode land VSS Unity on the runway of Spaceport America in New Mexico.

The first ever launch of a spaceplane was delayed by an hour and a half due to weather conditions.