The Seed in Calcium of the Vertical Man 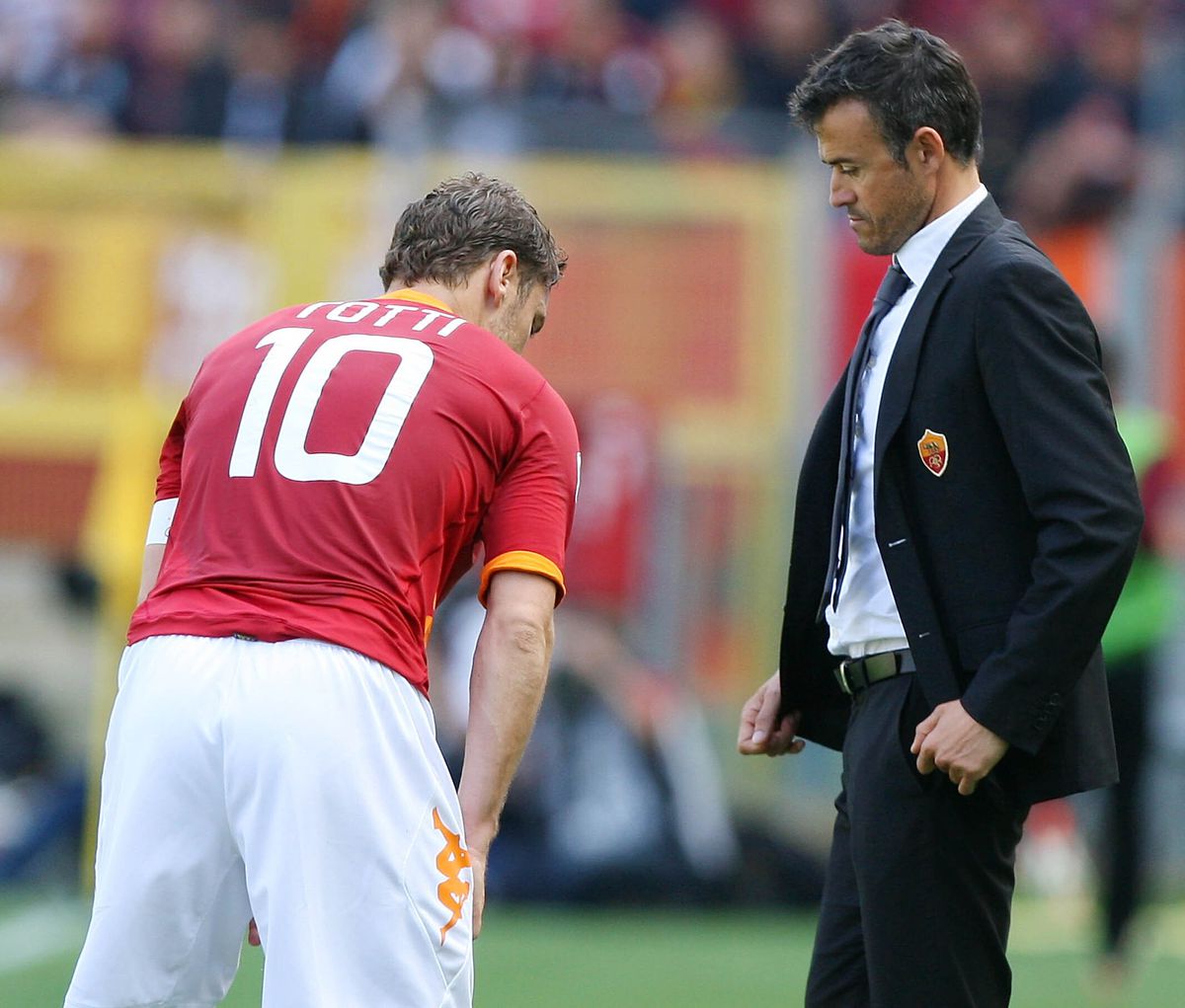 A photo from his time in Rome showed Luis Enrique reading documents in Trigoria at dawn with one of those headbands with a flashlight. The current coach had to look for a house in the city and Iván de la Peña advised him to look at La Olgiata, an urbanization in the north, at the other end of the Roma sports complex. Lo Pelat recommended it to him because he was very close to Formello, where he trained with Lazio the two seasons he played with them. Bad idea. The Asturian had to face the demonic Roman traffic to cross the city every morning. And to avoid being trapped, he had no choice but to stand in the offices at six in the morning, when the sun had not risen and no one had arrived to give light. Everything he did in Rome seemed to go against the principles of Italian logic.

Luis Enrique was during his stay in Rome the vertical Man. They called him that – Héctor Cúper also received that nickname at Inter – for his resistance to the force of gravity and the weight of sporting reality. Also to any element that wanted to bend it. And there were many.

The day he signed for Roma, everyone ran to call Mauro Tassotti – Ukraine’s second coach today – to interview him. Things remained tense between the two since that elbow that broke the Asturian’s nose and liquidated the World Cup dreams of the Spanish team in 1994. For the Italians, obviously, that was not so bad. But they had few references of who was going to be the new coach of Roma. The club had just changed owners and Franco Baldini, general manager, noticed a young coach who stood out at Barça B and proposed something similar to football that astonished the world in the first team at the hands of Guardiola.

In Italy, however, they never finished deciphering Luis Enrique. Not him or his game. He did not like compadreo either, he owed favors. They lost the first official match against Slovan Bratislava in the Europa League. And on the return leg, when he needed a goal, he sent Totti to the dugout, still a supreme idol with more power than the president. In the Olímpico the first silence of the Lucho era was made. It was a warning of what he would do a year later in Anoeta with Messi. But as the Argentine told him in the interview with Jordi Évole (he pointed to Guardiola and Luis Enrique as his two best coaches), Totti only had words of praise and hugs the day he said goodbye.

The season was bad and short (10 months). Roma lost games against small teams very clearly (Lecce, 4-1; Atalanta, 4-1). They were also defeated in the two derbies and finished seventh. The team did not start, largely because Luis Enrique did not have the right players. But the paradigm shift had quietly started in Italy. Since the time of Arrigo Sacchi, no one had wanted to swim so violently against history. And the Asturian introduced new features in the system that were later seen in other teams such as Napoli by Sarri or Sassuolo by Roberto De Zerbi that, somehow, have crystallized in Mancini’s great selection.

Society proposed that he continue, but the environment was no longer the most favorable and he himself decided to pack his bags. It was a strange farewell, because deep down everyone knew that he had done a good job without the proper squad or the close support of the stands. “Not all fans have understood what I do, but I think I am honest with myself first, then with the club, the players and the fans,” he said in his farewell. Team captains, such as Daniel de Rossi, who played with him as a center-back, recognized him when he left. Baldini adored him and even wished people that one day they would find a friend as upright as Luis Enrique was. Two years later, when he won the Champions League with Barça and against Juventus, he dedicated it to all the Tifosi Romanistas. And that yes that nobody has forgotten.