The secrets of the Royal St. George’s, the course that demands British Open participants like no other 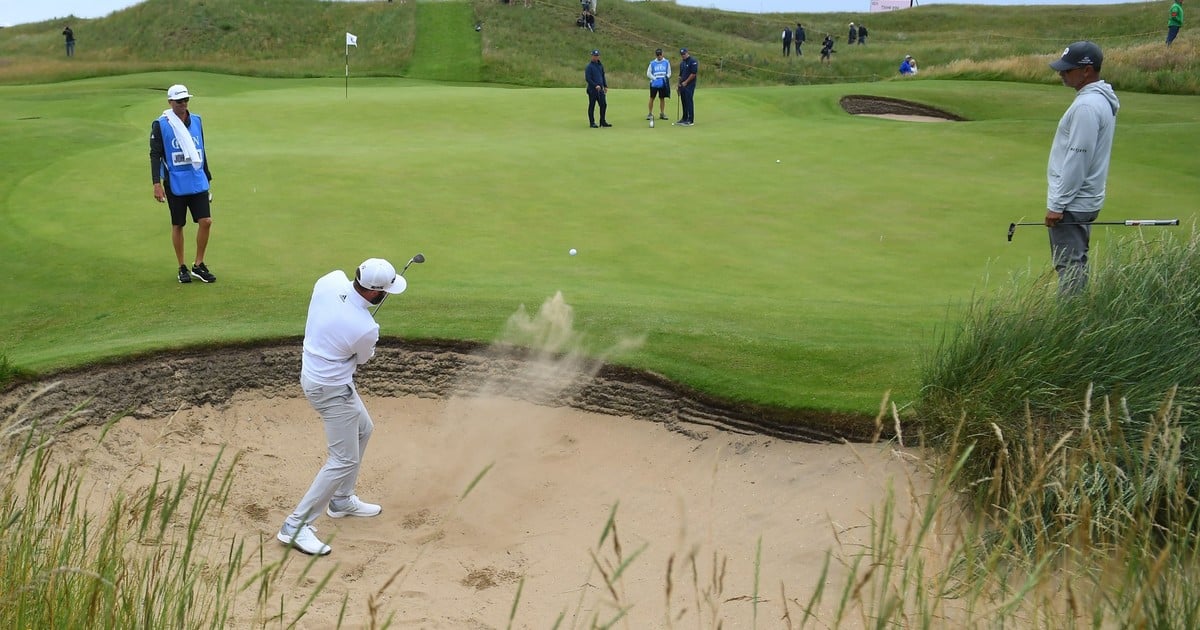 The 149th edition of Open British is already underway. At 2.35 AM (Argentina time) English Richard Bland he will have the honor of hitting the first shot at Royal St. Georges. From there and until 12:15 p.m. the 156 players will parade through the 1 tee.

Yesterday we talked about the club and we mentioned who was the most famous member of the institution. Ian Fleming, the British writer who gave life to the most famous secret agent, was a hardened golfer and it did not surprise anyone that golf was the protagonist in one of his films. In the third installment of the saga there is a match between James Bond and Goldfinger in which, of course, the 007 He ends up defeating the villain with a very special play.

Let’s put aside the cinema and dive right into analyzing this course and the secrets of golf on these very particular courses. It is clear that to take part in this and any of the other championships on the professional circuit you must have a certain aptitude for the sport, but when it comes to the British links, that aptitude must be added a great attitude. I mean by this that in the Open the player will have to endure things that do not happen in other parts of the world.

In the 72 holes that the championship lasts, he will have to fight with the weather, you should see how a ball that went to the center of the fairway pica 90º and ends in the rough, you can find balls in the bunkers where the only way out is to the side or back, his ego should be put aside and accept that from that tall and wet grass the ball will not advance more than 20 or 30 yards, you will see how your shot to the green ends up rolling more than normal to finish in a place from where there is no escape…

To deal with all these unique factors found on the Open courts is that you have to arrive with a very good attitude, and not let nothing disturbs her.

If we talk about the combination of aptitude with attitude, nobody arrives in better shape than the Spanish Jon Rahm. When I listen to him speak to Rahm now, it seems that 20 years have passed since he turned pro, but only 4 have passed. An irascible player, with very little patience, who lost his cool quickly, has transformed into the opposite. His wife told him not long ago that when he was a father he would win his first major and he was right.

Little Kepa was born in the first days of April and two months later he lifted the US Open trophy. The “old” Rahm would have taken it very badly to win by 6 at Memorial and would have been disqualified for testing positive for COVID-19, but the “new” Rahm not only accepted the decision but also took it as one more incentive in order to win his first major championship two weeks later.

Jon Rahm in one of the practice rounds at the Royal St. George’s in Sandwich. Photo REUTERS / Lee Smith

This is how Rahm comes to St. Georges and for everyone he is the favorite to win the Open, something that would emulate what Tiger Woods did in 2000, when he won both Open in the same year. Only 6 players have done it and it seems that this Spaniard has as one of his main objectives to remain in the great history of golf.

The rest of the big names do not arrive in the best form, beyond that any of them can win this week. This is a place that has given a winner to Greg norman, who arrived as number 1 in the world in 1993, and 10 years later saw how he crowned Ben Curtis, who held the position 396 of the world ladder. This leads us to have to try to explain why Royal St. Georges is a place that not everyone loves.

The first thing we find when we see the map of the field is that no two consecutive holes are played in the same direction. That makes the wind play an important role in defining each of the blows without being able to distract you for a moment.

There is only one tree on the court and it is to the right of the green of 3. This hole has the peculiarity that it is one of the only two par 3s on all the Open courses that does not have a single bunker. Neither do you need it, because his 238 yards added to a very narrow green and in two levels, are enough problem for the player.

A view of the green and fairway of the 18th hole at Royal St. George’s where the British Open will be played. AP Photo / Ian Walton

There is no area on this court where the player knows he can take advantage, and this happens because here there is not a single hole where disaster cannot occur. The bunkers are deep, and another curious fact is that the deepest in the 10 courses of the Open is in hole 4. It will be very common to see players not being able to advance from the sand.

All of this makes St Georges a death trap, but perhaps the worst torture is the fairways of this court. The amount of hills and depressions in them makes the player never be sure where your hit ends output. Someone can say that this is not fair and that a good shot should be rewarded. Maybe he is right, but if you want to win the Open at St.Georges, you have to accept that this can happen.

Attitude is the keyword this week. If we add a pinch of patience and another bit of luck We can put together a perfect cocktail to lift the Clarte Jug on Sunday on the 18th green.