The secret of the decline in Egypt’s imports of wheat? 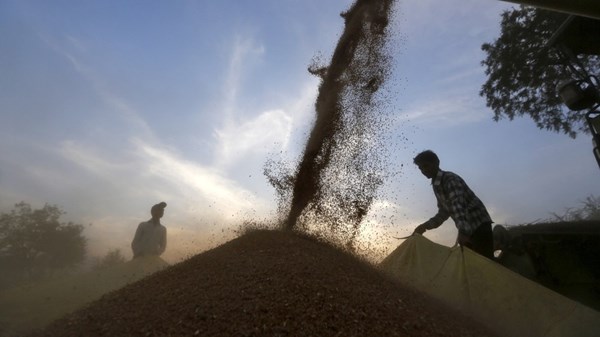 Shaaban Bilal (Cairo)
Egyptian imports of wheat recorded the largest decline of 30.7% this year compared to previous years, in an important development for Cairo, which is the largest importer of wheat in the world.
An official report of the Egyptian Central Agency for Public Mobilization and Statistics revealed that Egyptian imports of wheat fell to 240.3 million dollars at the beginning of the current year 2021, compared to 347 million dollars during the same period of the previous year, a decrease of 106.7 million dollars.
The head of the Egyptian Agricultural Quarantine, Dr. Ahmed Al-Attar said: The statistics on wheat imports this year are less than the two years, about 27% in terms of quantities rather than prices, as the volume of imports during the 4 months of this year amounted to 3 million and 43 thousand tons compared to 4 million and 448 thousand. Tons in the same period last year, explaining that wheat prices this year are higher than last year.
In statements to Al-Ittihad, Al-Attar expected that the decrease is due to a decrease in wheat consumption and not an increase in domestic production, because the Egyptian wheat harvest season has not officially started yet, and the supply has not been made to the responsible authorities in Egypt.
Egypt is the largest importer of wheat in the world. Al-Attar said: The Egyptian imports of wheat amount to 12 million tons annually, pointing out that the countries of Russia, Ukraine and Romania top the list of countries from which Cairo imports.
The head of the Egyptian Agricultural Quarantine stressed the need to change the culture and behavior of “eating” of the Egyptian people, from relying mainly on wheat to other foods such as potatoes on which Europe completely depends, pointing out that this will help reduce wheat consumption and imported quantities.

Navalny's condition increasingly critical: Doctors and friends of the Kremlin opponent desperate - "May die any minute"

Knife attack in Harburg: He just wanted to help and protect two women!