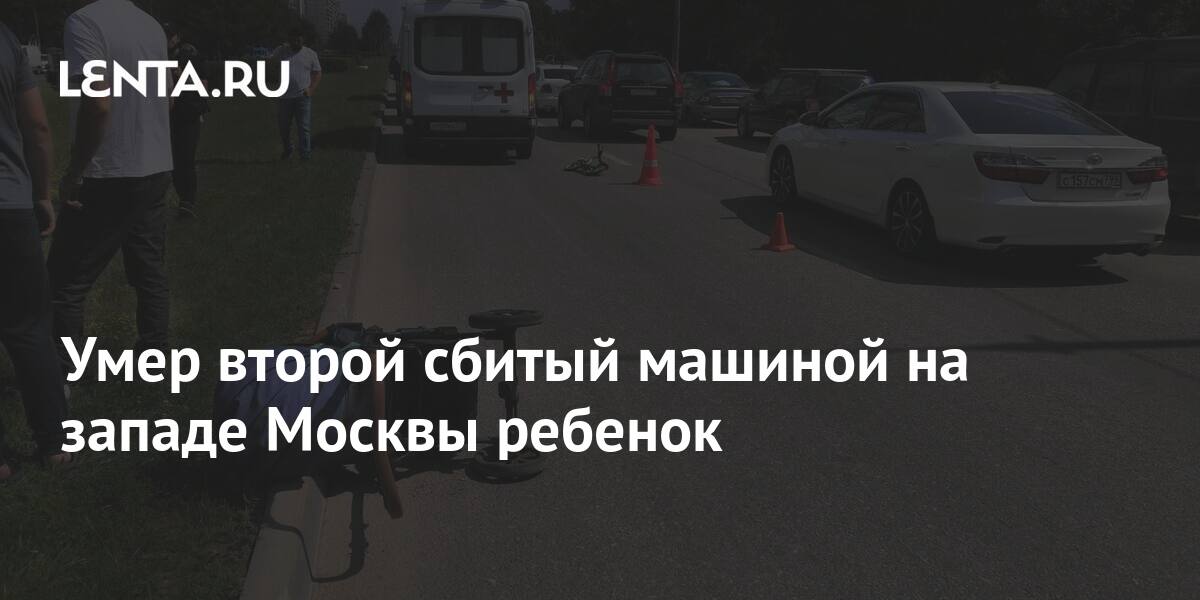 The second child of three victims of an accident on children on Aviatorov Street in the west of Moscow, died in the hospital. This is reported in Telegram-channel of the metropolitan traffic police.

It is clarified that the child was three years old, at the time of the accident he was on a balance bike.

On Friday, July 16, a Russian woman driving a Mazda car hit three children at an unregulated pedestrian crossing on Aviatorov Street in Moscow. Children crossed the road together with two adults. A five-year-old child was diagnosed with a skull base fracture. He was in a coma. A three-year-old boy has a broken leg, a closed craniocerebral injury and a concussion. A nine-month-old child has a concussion and a closed head injury. Later it became known that the five-year-old boy had died in the hospital.

The driver of Mazda said that she hit pedestrians crossing the road on a zebra crossing, as she was simultaneously driving and “sitting on the phone”. It was noted that the 18-year-old perpetrator of the accident has little driving experience. At the time of the collision, the speed of the car reached 40-50 kilometers per hour.