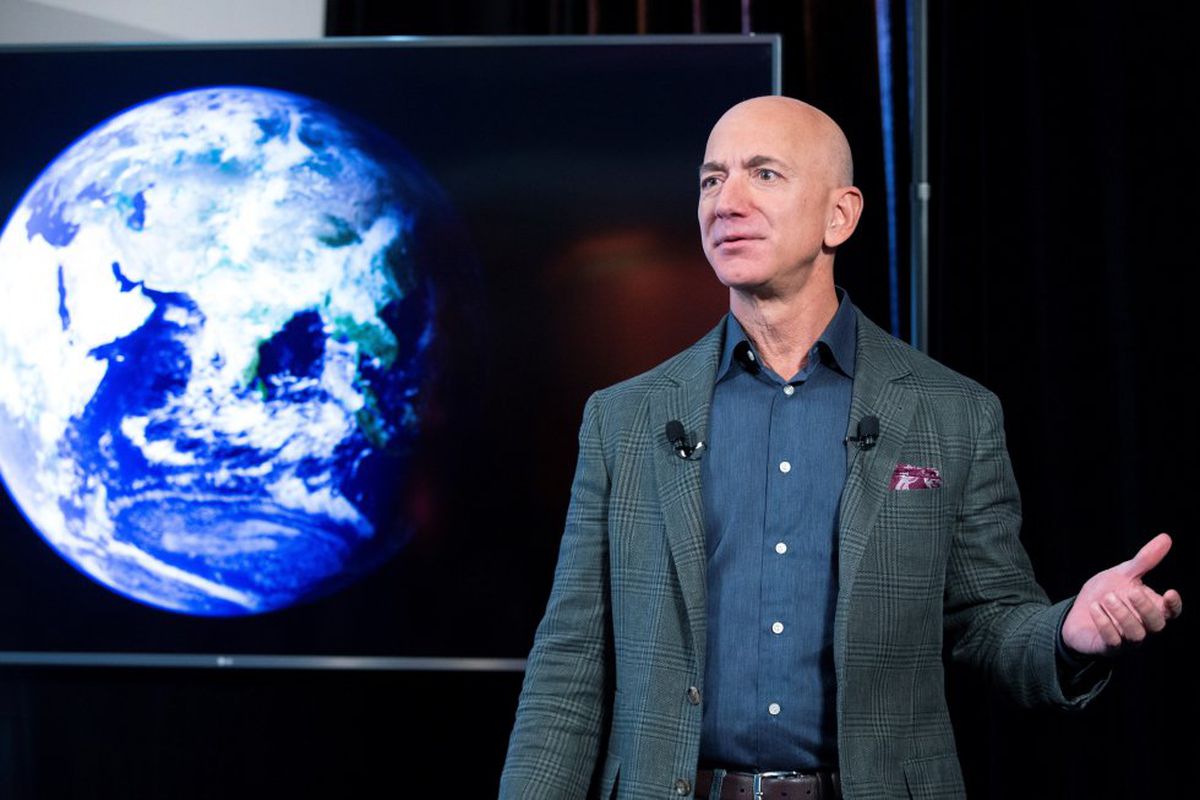 The space tourist club has been a very small community: only eight members who have paid between 20 and 30 million dollars for the experience. The tourist offers that are being prepared now are suborbital flights, that is, lasting just over a quarter of an hour and between five and seven minutes of weightlessness, the great attraction of this experience. The first planned trip is that of the capsule of Blue Origin, the company of Jeff Bezos (founder of Amazon), which has developed the rocket New Shepard for this new tourism. For the first flight, Bezos has auctioned four seats this Saturday in which more than 5,000 candidates from 143 countries have participated. The bid started at $ 4.8 million, but in ten minutes and after a storm of offers, the operation has ended up closing at $ 28 million. Bezos and his brother are already on the confirmed passenger list for a launch that, if all goes well, will be July 20, a symbolic date as it is the anniversary of the arrival on the Moon.

The name of the winner has not been made public. But it will be unveiled soon, when you get your first short workout before climbing into the pod. The aspiring astronaut has paid almost 50% more than what Dennis Tito (the first space tourist) spent 20 years ago.

Tito did not have it easy. He began to try with the Russian agency Roscosmos to contract a trip – and stay – on the International Space Station, which was under construction. The 20 million it offered was a very sweet offer for the Russian space program, which at that time was going through very serious financial difficulties.

But NASA did not see the project favorably. It seemed to him an unserious adventure with no other objective than to satisfy the ego of a millionaire. To the point that when he appeared in Houston to complete his training with the two Russian cosmonauts who were to accompany him, NASA denied him access to their facilities.

It took a lot of pressure from the Russian authorities to get NASA to authorize the trip. It took place in April 2001, aboard a Soyuz capsule. Officially, Tito had to limit his stay to the Russian section of the ISS (International Space Station, for its acronym in English) and in all his visits to the American modules he should be accompanied by a licensed astronaut.

Dennis Tito was followed by other tourists, always occupying the guest seat in a Soyuz

Tito was followed by other tourists, always taking the guest seat in a Soyuz. In general, these were entrepreneurs related to finance or, more commonly, technology companies. The second, for example, was Mark Shuttleworth, director of the company that created the Ubuntu version of Linux; the fourth was a woman —Anousheh Ansari—, sponsor of the award of the same name for those who could carry out two suborbital flights with the same ship in a period of 15 days; not forgetting Charles Simony, the Microsoft Office development coordinating engineer, who paid out of pocket for two trips to the ISS in 1997 and 2009. By then, NASA had become used to, or at least resigned, to sharing the station with wealthy tourists

John Glenn returned to space in 1998 claiming that it was a great opportunity to study the effects of orbital flight on a 77-year-old. One of his companions in that adventure was Pedro Duque

It is true that the US agency had similar programs, such as the one intended to send a high school teacher aboard the space shuttle. He did it with Christa McAuliffe, a crew member of the Challenger on his last disastrous flight. That tragic experience was the main argument for denying authorization for other civilians to fly. Although by then a couple of active senators had already done it. Yet another – ex-astronaut John Glenn – would also take the opportunity to return to space in 1998 before leaving office, claiming that this was a great opportunity to study the effects of orbital flight on a 77-year-old person. By the way, one of his companions in that adventure was Pedro Duque.

The New Shepard Blue Origin, named after the first American astronaut (Alan Shepard, in 1961), is a relatively modest rocket, suitable only for suborbital flights. He has flown 15 times, all successfully, from Blue Origin’s facilities in Texas, within a large private parcel of land. Its interior offers 15 cubic meters of space, double that of a capsule Apollo of those who went to the moon. It can carry six passengers, each accommodated in a single seat next to a huge window so you can enjoy the scenery without having to fight with another traveler.

The rocket will propel the capsule about 30 kilometers high. There it will leave it free to continue by its own inertia until 100 kilometers, where space officially begins. The occupants will be able to undo their seat belts and float for a few minutes. They will not need diving suits, since the ship is pressurized, like a conventional airplane. Inside, some handles have been provided to facilitate movements in microgravity and also electronic screens that show the flight parameters and, when the time comes, the “return to your seats” warning.

The launch, if all goes well, will be on July 20, another symbolic date: It will be the anniversary of the arrival on the Moon

Once at the apex of its trajectory, the capsule will plummet until it deploys its three large parachutes designed in a combination of emergency blue and red, to facilitate its location. It won’t go far though; as the wind blows, it will settle in the desert at most a few hundred kilometers away. In the meantime, the rocket will have already landed near the launch pad, ready to refuel and take off on a new flight.

Blue Origin’s ambitions don’t end here. On the design board you have two other rockets, more powerful: One is the New Glenn, as a tribute to John Glenn, the first American to orbit the Earth. If the name means anything, that rocket should be able to satellite capsules or send them to the international space station. The other model, still in project, will be called New Armstrong. It doesn’t take much insight to guess what your goal is intended to be.

In addition to Bezos, SpaceX, the company of Elon Musk, founder of Tesla, has already announced the first mission in which four civilians would participate, already selected for the mission. Inspiration4. Bezos’ other competitor, British billionaire Richard Branson, owner of the Virgin Galactic space company, plans to fly into space this year, but has yet to announce a specific date.

Rafael Clemente He is an industrial engineer and was the founder and first director of the Barcelona Science Museum (now CosmoCaixa). He is the author of One small step to [un] man (Dome Books).