The school revolution that Alberto Fernández did not see coming 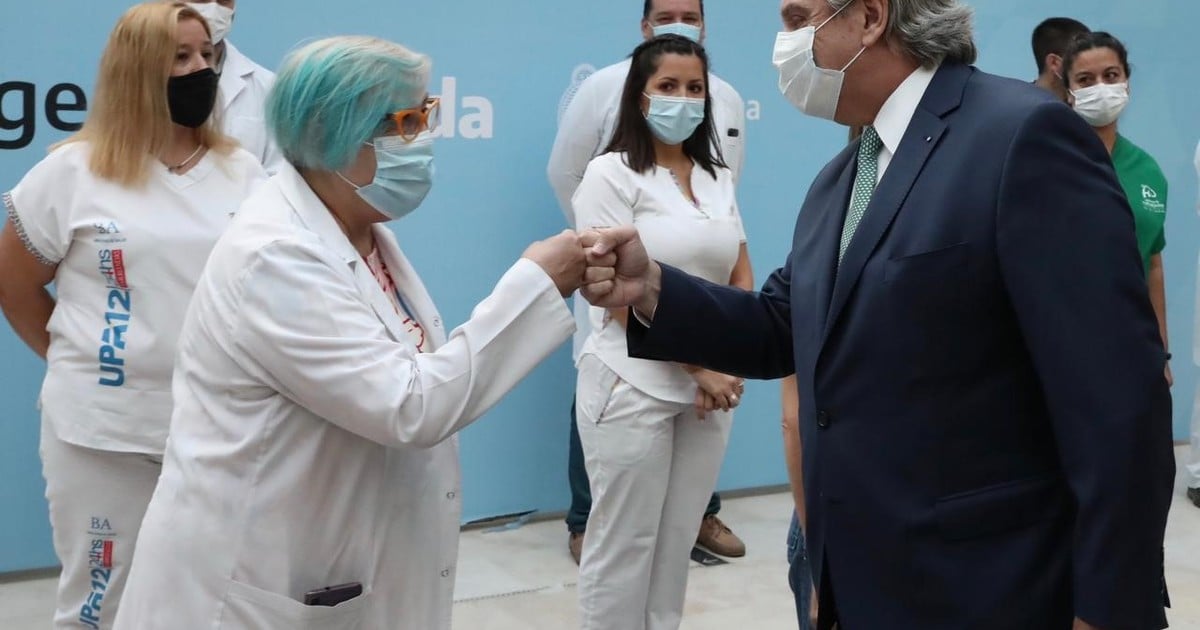 Throughout history, there are traumatic situations that they cross the cynical territory of politics. For an instant, events take on a life of their own and reach society to move it. Without going too far, the kidnapping and murder of Axel Blumberg in 2004, which embodied the growth of insecurity in Argentina. The tragedy of Cromañón or the Sarmiento train crash in Once, which put a cruel death toll on corruption in the state. Or the protest mobilizations that it generated in the countryside resolution 125, erroneously interpreted from Kirchnerism as an isolated claim of prosperous landowners. These are moments when something breaks within a broad social sector and then an unexpected reaction occurs.

That’s what happened to the arbitrary suspension of face-to-face classes at the AMBA. Things went beyond the authoritarian overacting of Alberto Fernández, a reflection that instead of fear begins to cause alarms of his own and others. Beyond the Axel Kicillof’s Teen Dictionary and beyond the political response of Horacio Rodríguez Larreta. The closure of the schools, communicated with the kicks and without a solid scientific justification to support it, got into the heart and into the table of every family discussion. It was impressive to see parents accompany their children in the schools of the City, as well as the embrace of students and parents in hundreds of schools in Greater Buenos Aires.

Those claims disorganized and hasty Monday morning were much more than the neat gymnastics of political activism. They were the fruit of misunderstanding for a measure that the President wanted to impose with bad manners to compensate for the internal imbalance of power in the Front of All. The one that shows him increasingly weak in the face of the decisions of Cristina Kirchner, the arrogance of Kicillof and the mockery of minor Kirchner characters that Fernández should not miss.

That the spokesmen for the government’s judicial strategy are Martín Soria, a minister of Justice who is inconsiderate by the majority of the Judiciary, and by Carlos Zannini, is a huge invitation to defeat. The Treasury Attorney, beyond having been dismissed in a case for alleged enrichment and being prosecuted for the signing of the Memorandum with Iran, integrates the list of those vaccinated VIP of the ruling party. To receive Sputnik V at the beginning of the year, Zannini registered as a health worker with his wife. It is the judicial strategist in which Cristina trusts and the architect of the offensive in the cases against Mauricio Macri. It is all that, but it is not health personnel nor did it qualify for the vaccine in advance.

Parents and students of Buenos Aires schools, in the protest that they took to Quinta de Olivos on Monday. Photo: Marcelo Carroll

The government’s expectation is now centered on the Supreme Court. Alberto needs the highest court, accustomed to lax times, speed up the process of a conflict that got under the skin of society and issues a ruling that allows recover some of the ground that Rodríguez Larreta won on Sunday night. This is not a good time to wait for something expeditious from the Court. Its five members they are estranged and with no leadership in sight. But all of them have also registered the social eruption that caused the failed attempt to close schools in the City.

While the Casa Rosada and the Buenos Aires government rush their arguments to present before the Court, there is a data from these hours that especially infuriates Alberto and Cristina. Having taken action in the conflict, the highest court is granting the City the status of a province. It is true that Buenos Aires autonomy has been in force since the 1994 Constituent Convention, but it had never happened a major political challenge such as the one that Rodríguez Larreta proposed to a decree of necessity and urgency signed by the President. The Zen posture of the head of the Buenos Aires government, announcing in black shirt that the City’s schools would remain open, he did not fool Fernández or Kirchnerism.

Throughout the weekend, Fernández and his ministers had tried to confront Larreta by saying that He was captive of the most aggressive positions of Macri and Patricia Bullrich in Together for Change. But the government had to change the strategy the ruling of the Buenos Aires Chamber that restored face-to-face education in the City was barely made public. The President then began to use one of his favorite methods.

The president and his phone.

Glued to his cell phone, Alberto reproduced messages on Twitter that were in line with what he wanted to express. He retweeted Minister Soria, speaking of “legal bullshit.” And also to the legislators of Buenos Aires Peronism Leandro Santoro, Juan Manuel Valdés and Claudia Neira, who criticized Rodríguez Larreta’s political move and his movements in the Buenos Aires justice system to achieve a custom ruling. Those attacks did nothing but illustrate the judicial labyrinth with which the head of the Buenos Aires government achieved a political impact that positions it a little firmer in the distant and grueling presidential race of 2023.

Do not underestimate the President’s ability on social media. While he was on the plain, he was a regular fan of Twitter, weaving corrosive messages against Cristina and Kirchnerism. Fernández became, thanks to the pact with the Vice President, in the first spicy tweeter that reached President. And there he is, fighting in the great leagues of power in Argentina, armed only with his smartphone.

The problem is that the revolution by the closure of schools in the AMBA It does not seem to be one of those conflicts that are made known through the networks. The answer came down the Buenos Aires balconies and was repeated early Monday on the sidewalks from schools in the north, west and south of Greater Buenos Aires. Maybe it’s a false alarm. Or maybe it’s brewing one of those phenomena that politicians only notice when they are on top of them. Most of the time, they find out when it is too late.

Hard no, very hard: look at how Pedrerol opened the program