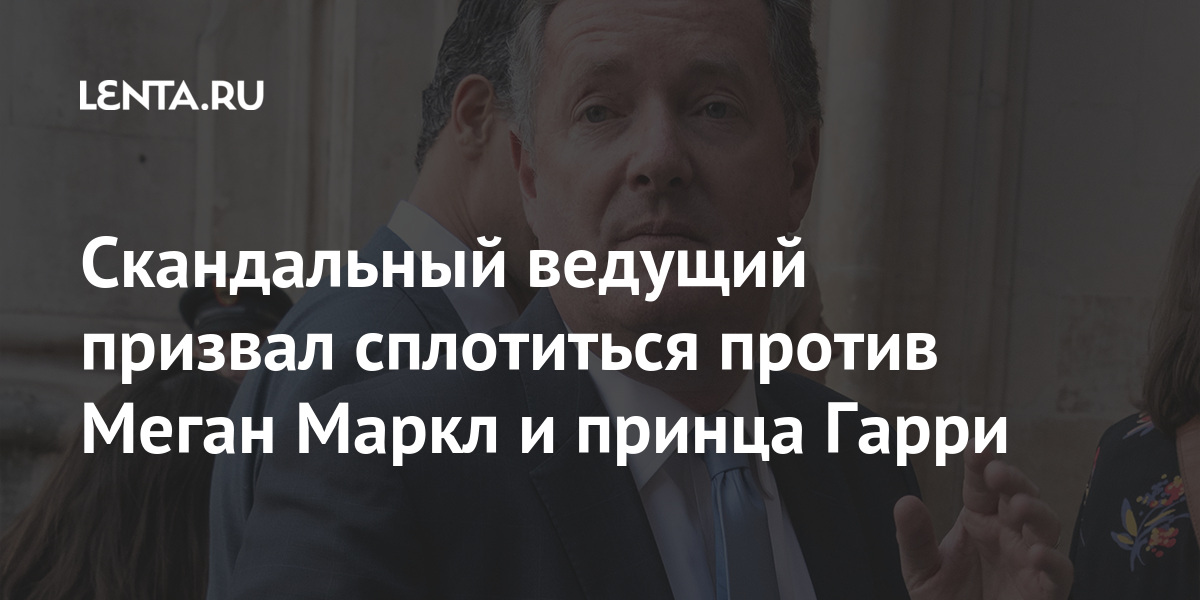 The controversial British presenter Pierce Morgan, fired from ITV after criticism of Meghan Markle and Prince Harry, has issued a call to rally around Queen Elizabeth II against a couple who have accused the royal family of racism. He published his message in Twitter…

According to the former host of Good Morning Britain, Harry and Meghan, whom he lists as the Duke and Duchess of Sussex, are deliberately waging a malicious campaign to “defame, defame and defile Britain, the monarchy and the royal family, making them heartless racists.”

Morgan is sure that this cannot be ignored. “It’s disgusting. It’s time to stand up for our queen, ”he stressed at the end of the address. The presenter added a photo of Elizabeth II to the publication. Thus, he continued to criticize the couple after an interview with the American channel CBS.

Earlier it was reported that after the dismissal of Morgan from the ITV channel, the ratings of the show Good Morning Britain collapsed. Statistics showed that every day the program without the participation of the presenter is watched by fewer and fewer viewers. He left the channel after criticism of Prince Harry and Meghan Markle on the air. The host was outraged by statements of racism and pressure from the royal family.

The couple spoke about this in an interview with Oprah Winfrey for the American CBS channel. Harry, in communication with Winfrey, said that members of the royal family discussed the color of the child’s skin during Megan’s first pregnancy. Markle, in turn, spoke about suicidal thoughts due to negative publications in the British press.

Corona collapse in Brazil: More dead than ever and a new mutant