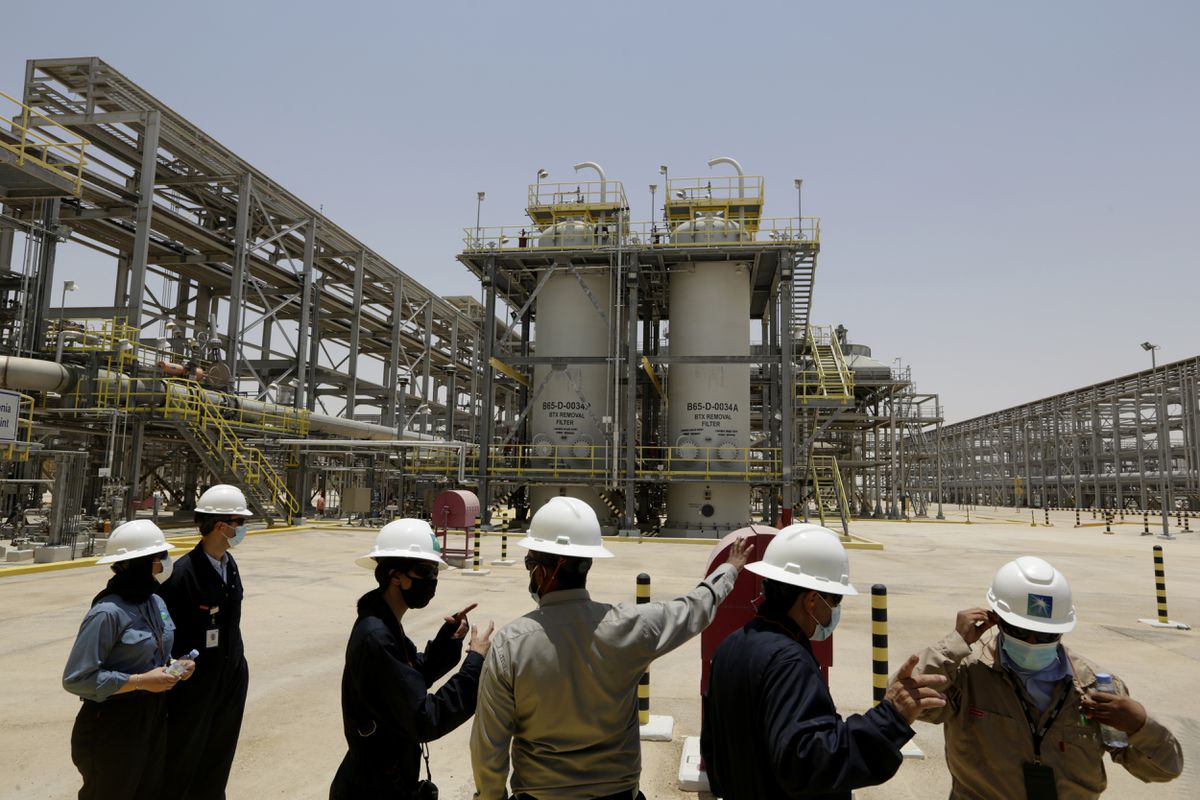 The Saudi state oil company Aramco quadrupled its profits in the second quarter of the year, taking advantage of the rise in crude prices and the recovery in demand. The world’s largest oil company, which presented its results this Sunday, ensures that its results, above what was expected, are explained by the global easing of restrictions due to the pandemic, vaccination campaigns, stimulus measures economic growth and, in general, the economic acceleration experienced by some key markets for the company.

The net result of Aramco between April and June grew to 95,470 million rials (about 21,645 million euros, at the current exchange rate), which represents an increase of 288% compared to the results of the same period of 2020 (24,620 million euros). rials). The market, according to an average of five analysts consulted, expected that the benefits would not reach 20,000 million euros. The company’s capital expenditures rose 20% in the period to almost 6,400 million euros.

“Our second quarter results reflect a strong rebound in global energy demand and we enter the second half of 2021 being more resilient and more flexible, while the recovery gains momentum,” said Aramco CEO Amin Nasser in a release. During the call with shareholders and investors to explain the figures, Nasser assured that the company expects oil demand to reach 99 million barrels per day by the end of the year. The Saudi firm is working, it has said, to increase its capacity to 13 million barrels per day, as envisaged in a plan announced last year.

The dividend for the benefits of the second quarter will be close to 17 million euros, meeting the objective that Aramco had set, and will be distributed during the third quarter (that is, before September 30). In July, Credit Suisse analysts had assured that with the increase in oil prices and the consequent improvement in the company’s liquidity, Aramco could consider paying a special dividend. This has not been announced and Yousef Husseini, an analyst at EFG Hermes, argues that the oil company could keep that extra liquidity to enter the Shareek program (which could be translated as partner), an ambitious investment plan presented by Saudi Arabia last March that seeks to strengthen its private sector through public-private collaboration.

Diversifying the economy and reducing dependence on oil are two fundamental objectives of the reform program promoted by Prince Mohamed Bin Salmán, heir and de facto ruler of Saudi Arabia. Aramco carried out a record IPO at the end of 2019, for which it obtained almost 26,500 million euros, transferred to the sovereign wealth fund of the kingdom to support the reform program. Despite the difficult international situation caused by the coronavirus, the company insisted on maintaining the promised dividend of 75,000 million dollars (which reverts mainly to the State, since it has more than 98% of participation) for which it became indebted and announced the sale of some non-essential assets. Last June, it closed an agreement with an international consortium to sell it 49% of its pipelines for 12.4 billion dollars (about 10.5 billion euros).

With the benefits announced this Sunday, Aramco joins other major oil companies that have reported substantial benefits in recent weeks. The American Exxon Mobil, presented in July earnings of $ 4.69 billion between April and June, compared to losses of more than $ 1 billion in the same period of 2020. Also the Anglo-Dutch Royal Dutch Shell announced its highest quarterly profit in more of two years, surpassing the 5.500 million dollars of earnings. At the start of the year, the price of oil has risen 35%, driven by the production cuts agreed by the Organization of the Petroleum Exporting Countries (OPEC) and its allies, known as OPEC +. The barrel brent, a benchmark in Europe, closed its price last Friday at $ 70.42.

The CSM rejects the Cartabia Reform: “It affects the principles of the Constitution”