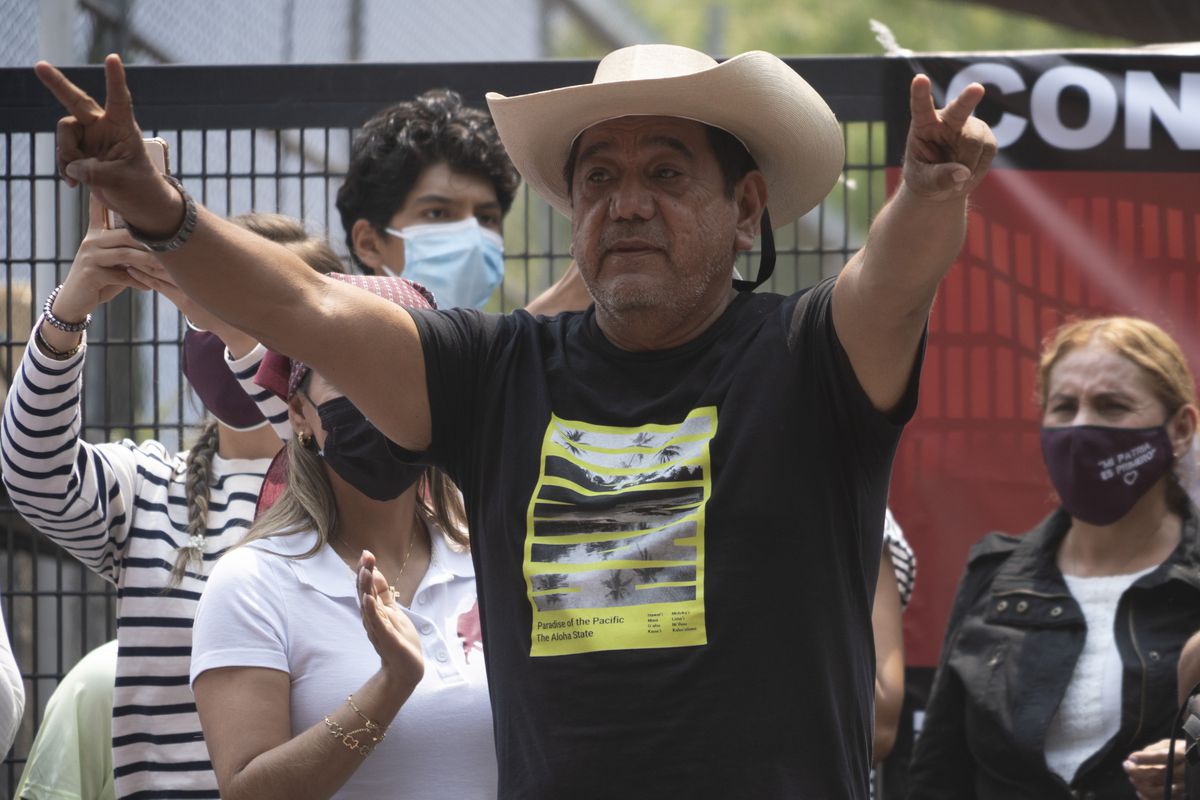 In our country, the electoral campaigns of politicians and their substitutes – those whose career is stagnant or in evident free fall, will always be able to revive it by becoming a pawn of a new or old party – they start whatever, wherever and whenever be.

As in the old game of chairs, it would seem that Mexican candidates – both the professionals and the improvised, that is, those who voluntarily undress and those who involuntarily undress the latest aspiration of the partycracy of our country: the budgets – were surprised by the end of the music and they would be forced to find their seat anyway.

So far, even though it is pathetic or precisely because of that, this situation could seem funny to us – basically, the candidate who decides to start his campaign by climbing a lamppost, from which he will later slip and fall to the ground, whipping like a lump, just like that Another candidate who rips her off on the back of a huge ox that, instead of being tame and calm, decides to kick and jump madly, throwing the future deputy into the air, should make us laugh.

The problem, however, is what this game of chairs, this tidal wave of improvisations, unwillingly uncovers. Because of what cannot be laughed, no matter how much circus music is played and a court of jesters appears on the screen, it is the candidate who appears before our eyes disguised as a fisherman, with a rod whose line throws into a river of sewage, while dancing excited and happy, asserting that he will catch more votes than his rivals. And it is that in that river of sewage, for example, he could remove the remains of a missing person.

Suddenly, the old and pleasant game of chairs becomes an X-ray that shows lack of judgment and indolence – there is the former presidential candidate who is now a candidate for nothing to be able to be, later, a candidate for whatever, because he believes that In this way, he will avoid jail, who, suddenly, has discovered that the problem in Mexico is the loggerhead – not to say pure imbecility – there is the candidate who starts his campaign in a coffin, because it seems appropriate to talk about the rebirth of values in this, the country where the deaths that have left the war against drugs, the pandemic and the imposition of necrocapitalism number in the hundreds of thousands.

The lack of judgment, indolence and imbecility, however, are not the only traits that uncovers the end of music, the starting gun for the campaigns of this democracy in which bank accounts and moorings are more important than justice, morals or empathy. The parties — it doesn’t matter if they see themselves as social movements, movements that, however, exist only to shape the nomenclature and honor co-option — also reveal their classism — there is the candidate who knows what is the effort because he carried his father’s golf clubs – and his racism – there is the candidate who printed thousands of flyers that affirm: “Do it with me, not with the Brunette” -.

This classism and this racism – if the reader of this column wishes to find more examples, it is enough to follow the social networks of the candidates seeking to be elected in the largest election in our history – however, it is not limited to electoral campaigns. , because he is at the heart of the electoral authority – it is incredible that Lorenzo Córdova, who made fun of the way of speaking of an indigenous representative, thus making fun of his demands, but also of his community, as a political subject, In other words, you made fun of one part of the democratic game, continue in your post—: just study the credentialing campaigns to find the same thing there.

Lack of judgment, indolence, imbecility, classism and racism: all this sounds when the music no longer plays. But machismo, bravado and apologies for violence also sound – there is Félix Salgado Macedonio, the candidate of candidates, the one who has made the most noise in recent months, not only for being an abuser and having been accused of rape by various women, but also for having caused the biggest dispute so far within his party, where the majority of women opposed him and continue to oppose him.

Sexism: the candidate of candidates rises to the stage accompanied, as he has been doing for more than twenty years, by two half-naked women — he lacks, to complete the horrific picture, only a green wig; bravado: the king of improvisation walks in another temple, assuring that it is with him because it is with him or it is not with anyone, that without him, they do not believe that there will be elections – he lacks, to complete the picture of dishonor, just assert that he is the state.

Apology for violence: the lord of our last great challenge candidates, he walks through another temple asserting that, if the electoral advisers maintain their decision not to allow him to compete, he is going to look for them at his house because nobody goes to him, nobody can, nobody should dare to “scratch him the eggs ”- he lacks (or not), to complete his threat, just another applause from the table that applauds him the most: Palacio’s.

(At this point, it would be worth asking yourself: if Morena, as is clear, has won the election in Guerrero, regardless of who her candidate is, what is Palacio’s interest with Salgado Macedonio? Or is it, rather, What does Salgado Macedonio know about Palacio, what sustains that interest?).

When the game of chairs begins, Salgado Macedonio has won. It is the closest thing to our system of government: a tidal wave of improvisations and threats.

How did a female care worker kill 4 people in a home she works in?

Shark bit a man’s head and broke a tooth