The sale of gas by the liter: a dangerous option given the increase in prices in Mexico City 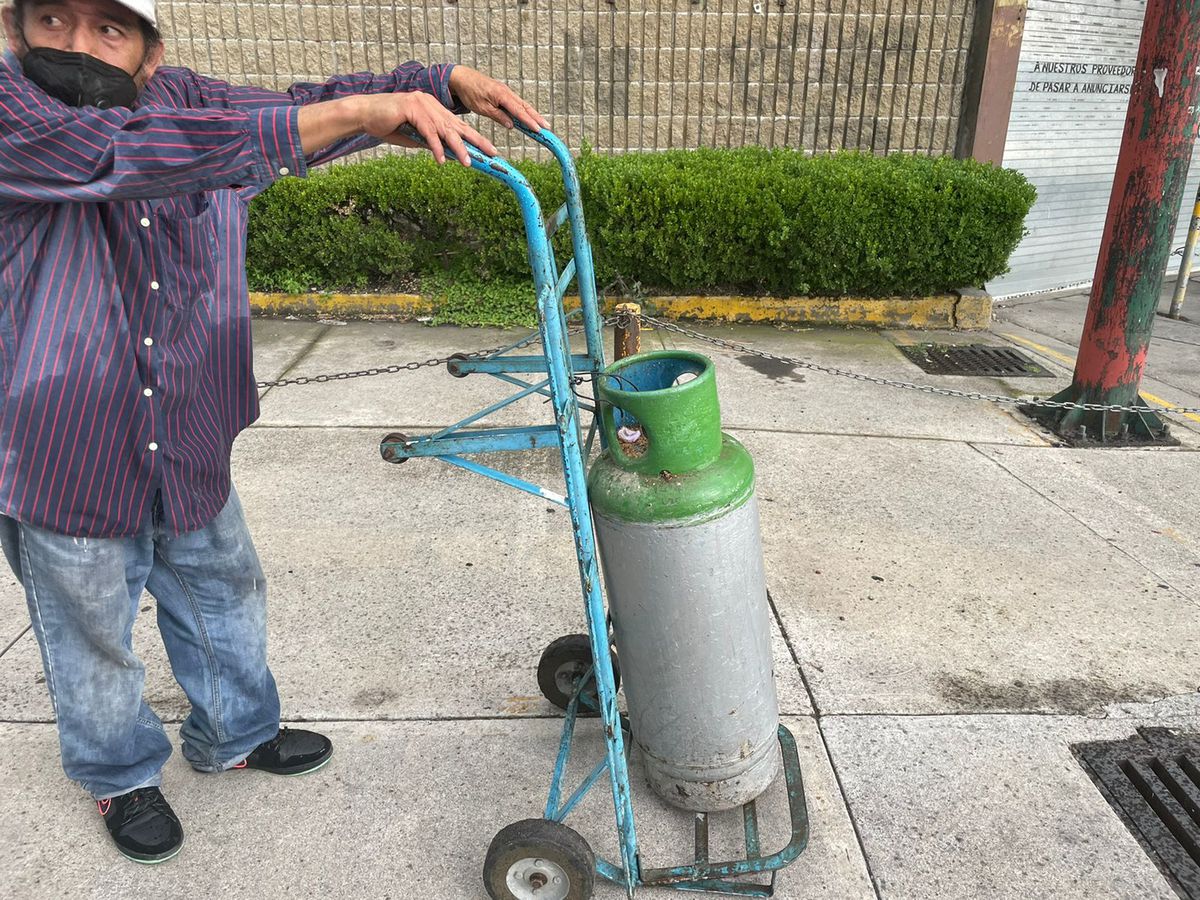 Despite the rain that soaks his body, Alfonso Martínez carries a cylinder of LP gas in a diablito (metal wheelbarrow) to be filled manually at a charging station. “If I put 300 pesos on it, it lasts the whole month, and if I buy it in the truck it charges me 500 and it lasts just fifteen days,” says the 58-year-old worker. Although he recognizes that his cylinder is a danger to his family, he assures that he has learned to handle the necessary tool to connect his tank to the kitchen.

Like him, dozens of people go every day to the Santa Isabel Industrial neighborhood in Iztapalapa, one of the most populated municipalities and most dependent on liquefied petroleum gas. However, the price difference is abysmal. As long as the price per liter of LP gas is authorized at 21.78 pesos (just over a dollar) by the Energy Regulatory Commission (CRE) in the capital, at this station it sells for 11.76 pesos, less than half.

The procedure is relatively simple. The cylinder or tank that you want to use is taken and a dispenser brings a hose closer as if it were gasoline. However, the filling and use of these types of cylinders can represent leaks in the homes that can cause accidents.

Whether it’s cooking, heating water, or running a business, the stations work around 18 hours a day supplying gas pipes, with no minimum purchase. “If you bring fifty pesos, that’s what we supply you, güera,” says one of the vendors behind his mask. Of course, those who come have to carry their cylinder as best suits them, whether in a car, in a wheelbarrow or even in public transport.

For David Ruiz and his taco business in Taxqueña, refilling their gas tanks was an option to save his job. “Those in the truck supply you with less liters and more expensive, here at least you can see that they supply you as it should be,” he says. From 1,500 pesos a day (about $ 72) he went on to spend about 950 pesos (less than fifty dollars) to be able to attend his business. But there is little to be gained from that. “You don’t save anything, but rather, you stop losing,” says Ruiz.

The price of this energy has created a strong dispute in central Mexico. The Government of Mexico decided in July to establish maximum prices for the sale of LP gas, a priority of President Andrés Manuel López Obrador. The measure led a good part of the distributors who go house to house to supply gas to stop activities, because they assure that their profit margin is almost nil.

The price of LP gas, a fuel used by almost 80% of Mexican households, has been on a constant increase for almost a year and has been the main driver of inflation in Mexico. According to the Inegi, inflation in the last week of July stood at 5.81%, driven mainly by the increase in fuel, which grew 5.77% in price in the last fortnight despite the ceilings imposed by the Mexican government.

“I see it very difficult for things to improve,” says Martínez, as he approaches the clandestine service station with his little devil (wheelbarrow). In addition to the imposition of caps on LP gas prices, the government announced in early July the creation of a public company dedicated to the distribution of the fuel. Gas Bienestar, the name with which the president has baptized it, will depend on Pemex and will start operating in the coming months in Mexico City, where prices have risen the most, and then expand to the rest of the country.

The gas that Alfonso Martínez will raise to the first floor of his house will be used exclusively for cooking. If your home needs hot water, you will prioritize the use of an electrical resistance, but for now this family, like hundreds of households that suffer from poverty in Mexico, prioritizes food over activities such as cleaning. “If it’s not water, it’s gas, you have to get by,” reflects Ruiz.