The saga of the pandemic: from the kingdom of epidemiologists to the fight of lawyers 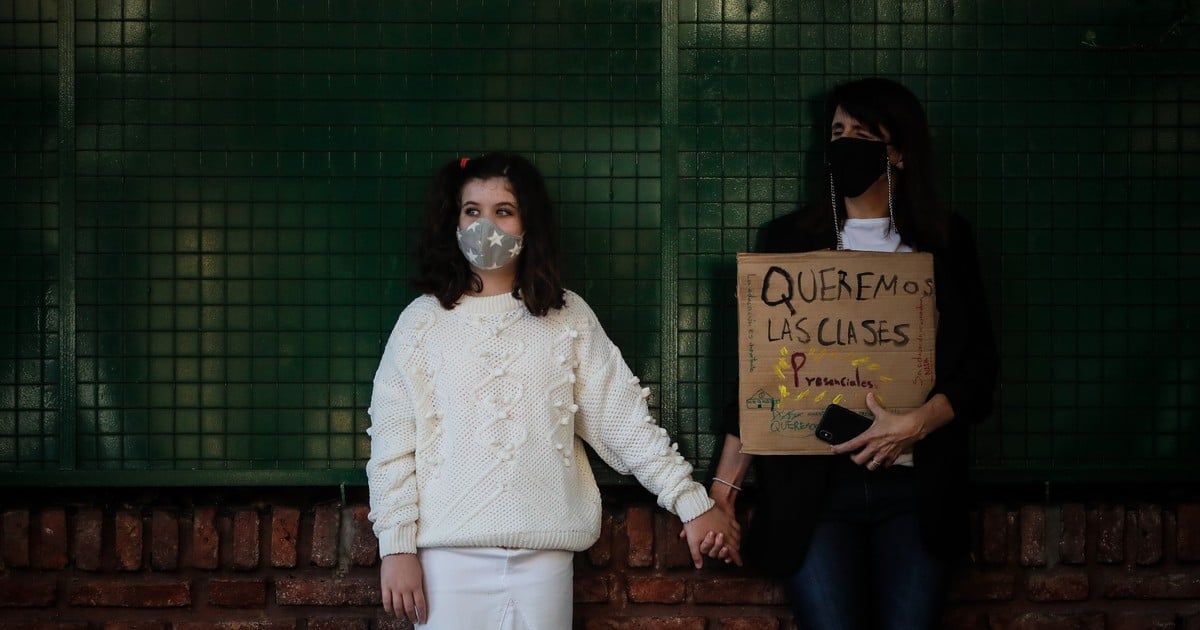 After advancing for a year under the microscope of epidemiologists, the pandemic she’s on her way to getting caught in Argentina in the terms of discussion that passionate the lawyers: the debate over the charters, powers, jurisdictions, compliance and rebellions buried in recent days the medical terminology that gained brilliance throughout 2020.

This second wave of the coronavirus will be administered by the courts because the national government decided break the conversation with the City of Buenos Aires to respond as urgently as possible to Governor Axel Kicillof’s request to reduce the movement of people.

In the Buenos Aires suburbs, after the decades that the State has been withdrawing from the areas most affected by poverty, the only way to do this efficiently is close schools. At the same time, the only known way for this unpleasant decision to reduce its political cost is that the closure also includes the schools of the City of Buenos Aires.

That presidential decision not discussed with the opposition generated a direct consequence in the landscape of Together for Change: Horacio Rodríguez Larreta stayed no tools to defend his centrist position in front of those who, in his own space, punished him for trying to maintain channels of dialogue with the Casa Rosada.

The head of government decided resist the paragraphs of the decree presidential that forced him to close the schools and at that time the dispute was, irretrievably, in the hands of the judges. What was seen this week is that Alberto Fernández and Rodríguez Larreta they also cannot agree on which judges they are the ones who must tie the tie.

As the hecatomb of Justice in Argentina made the determination of the board on which the game is played more important than the performance and arguments of the players, each side opted for a different scenario.

The city filed his complaint against the DNU in the Supreme Court and then he complied a ruling imposed by a Buenos Aires Chamber, while the Nation chose to consider the Buenos Aires State as a subprovincial entity and litigate in federal courts to be able to delay the arrival of the fight to the Court, where it hopes an unfavorable reception.

The Court gave the Nation five days to present its arguments, but now that period could stretch a little more, since the decision of Judge Esteban Furnari to turn the complaint of the Treasury Attorney, Carlos Zannini, to the highest court introduces a novelty in the file, which must be notified to the parties and also to the Attorney General of the Nation.

How will that fight continue? In principle, Rodríguez Larreta decided keep Buenos Aires schools open until the Supreme Court rules. To put it another way, he chose to obey the Buenos Aires ruling and not the federal judge’s order.

This opens a new path through the courts for the head of government, who will have to go through accompanied by the evolution of the pandemic numbers: If the infections do not escalate, you can say that the data you showed to justify your decision to open the schools was correct. If the growth of the cases speed up your paceIt will have no way of stopping the accusations that will come from the Government and from other sectors. There, perhaps, the moment will come when lawyers, as epidemiologists have already done, will give way to the next profession who has to understand in the management of the pandemic. Predicting which guild will get the next shift is even more difficult than knowing a day in advance whether to send the kids to school or not.

Frame tripod The Coalition's Mykkänen knocks out Vanhanen's proposal for a billion-dollar research and development fund: “An incredible stick figure”

Wall Street believed in the future of the US economy